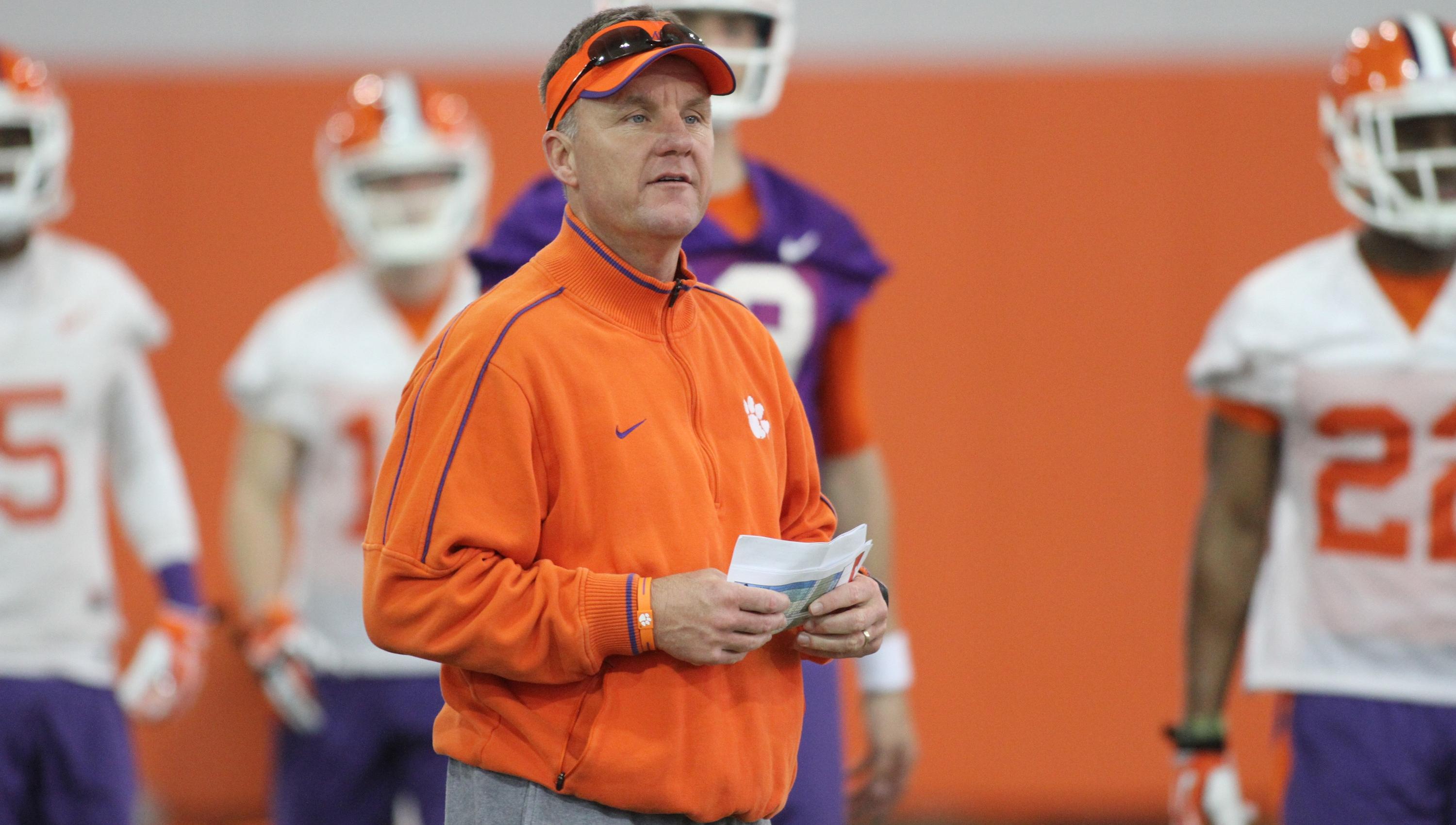 CLEMSON, S.C. – Head Coach Dabo Swinney worked his Tiger football team for two-and-a-half hours Monday, 30 minutes in the indoor facility and 90 minutes in picture-perfect, 75-degree weather outside on the nearby practice fields.

It was the fourth of 15 practices for the Tigers, who are preparing for the annual Spring Game April 12 at Memorial Stadium. The Tigers will hold one more practice on Wednesday before taking time off for Spring Break.

Swinney put his team through a “thud” practice, but it began with scrimmage-type drills that ran the offense against the defense. Normally, the team begins with special teams after flex, but Swinney wanted to change it up Monday.

Overall, he was pleased with the practice and the progress of the team thus far.

“The best part about the last few days has been the weather,” said Swinney. “We have gotten a lot done Friday, Saturday and today. I like what I have seen so far from the young defensive backs and wideouts. We are getting better and correcting mistakes as we try to install more and more. We are creating competition. The three freshmen have a strong skill set.”

Swinney also commented on the competition at quarterback.

“It is a wide-open competition. We have elite talent at that position and we have to let the guys compete and go through the process. I love how they are competing. It is fun to come to practice. Consistency is critical and they are all battling very hard.”

Clemson’s sixth-year head coach also commented on the progress of linebacker Tony Steward, who looks to move into the starting position vacated by the graduation of senior Spencer Shuey.

“Tony Steward has been through two tough injuries and they happened at tough times. He was hurt his senior year of high school and after five games as a freshman (at Clemson). He missed two full springs.

“But he has a toughness about him and he has persevered. He is a man. It does your heart good to see him out there healthy.”

Swinney said reserve running back Alex Goode suffered a knee injury today and Dorian O’Daniel had a finger injury. Players who were banged up during Saturday’s practice returned Monday.