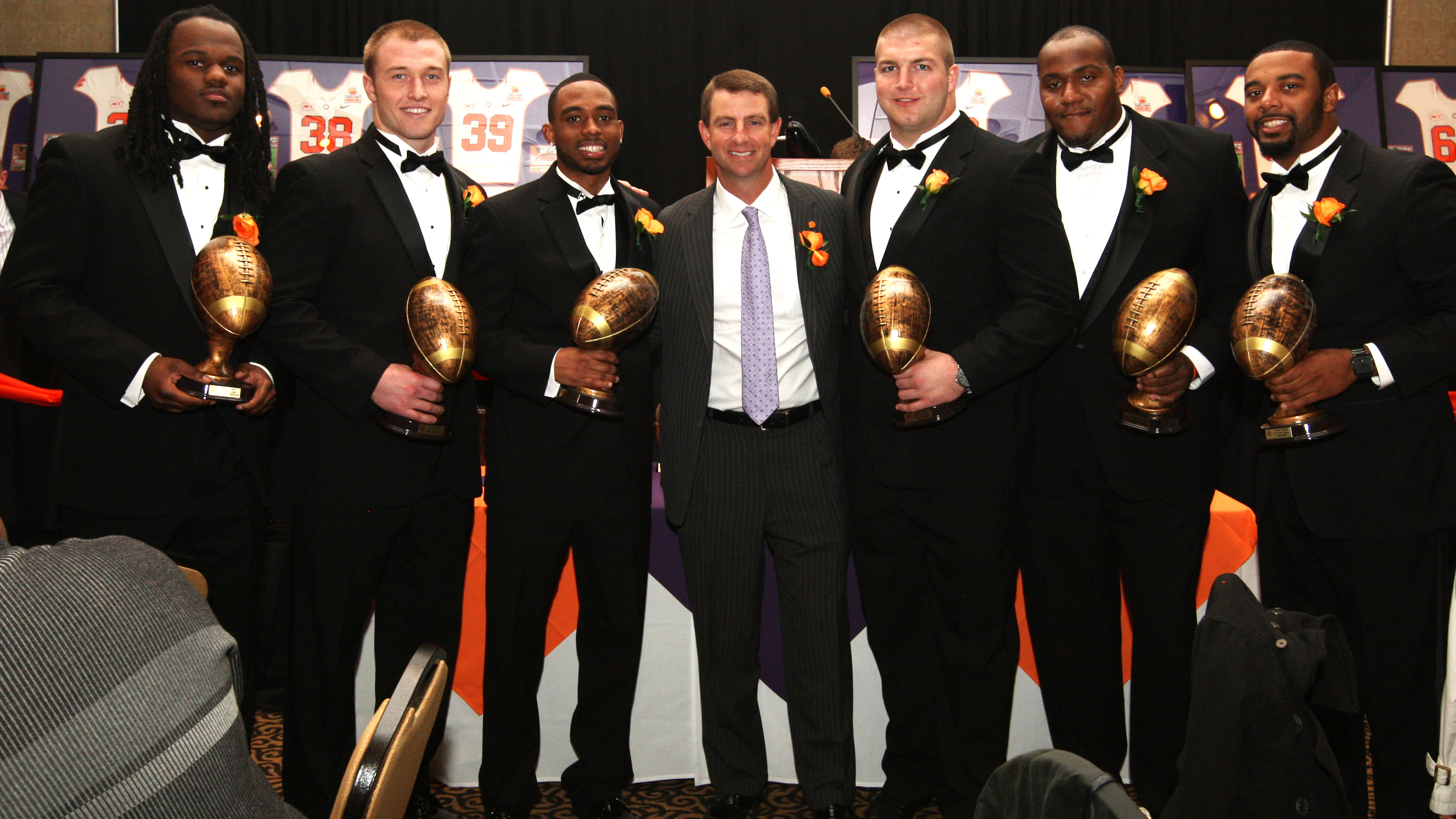 Boyd and Watkins were named MVPs of the offense, Beasley and Shuey were named MVPs of the defense, and Catanzaro for the special teams. Boyd leaves Clemson as the ACC’s career leader in touchdown passes (107), touchdowns rushing and passing (133) and passing efficiency (155.3). Watkins set Clemson records this year for receptions (101) and reception yards (1464), and was a first-team All-American for the third straight year.

Beasley ranked in the top three in the nation in sacks (13) and tackles for loss (23) and was named a consensus first-team All-American. Shuey was second on the team in tackles and ranked second in the nation in fumble recoveries with four, including one in the fourth quarter of the victory over Ohio State in the Discover Orange Bowl. Catanzaro finished his Clemson career with 405 points, second in ACC history and first in Clemson history. He made 39 of his last 41 field goals.

One of the highlights of the evening was the presentation of the Brian Dawkins Lifetime Achievement Award. Dawkins, who retired two years ago after a 16-year NFL career that included nine selections to the Pro Bowl, was on hand to make the presentation to Bill Smith.

Smith was a starter on Clemson’s 1981 National Championship team and had 10 tackles in the victory over Nebraska. He has gone on to a 30-year career in commercial real estate. He has been a member of the Clemson Board of Trustees since 1996. At the time of his selection he was just 36 years old, the youngest person selected to the board in its history.

Specialist of the YearChandler Catanzaro

Rookie of the Year (offense)Mike Williams