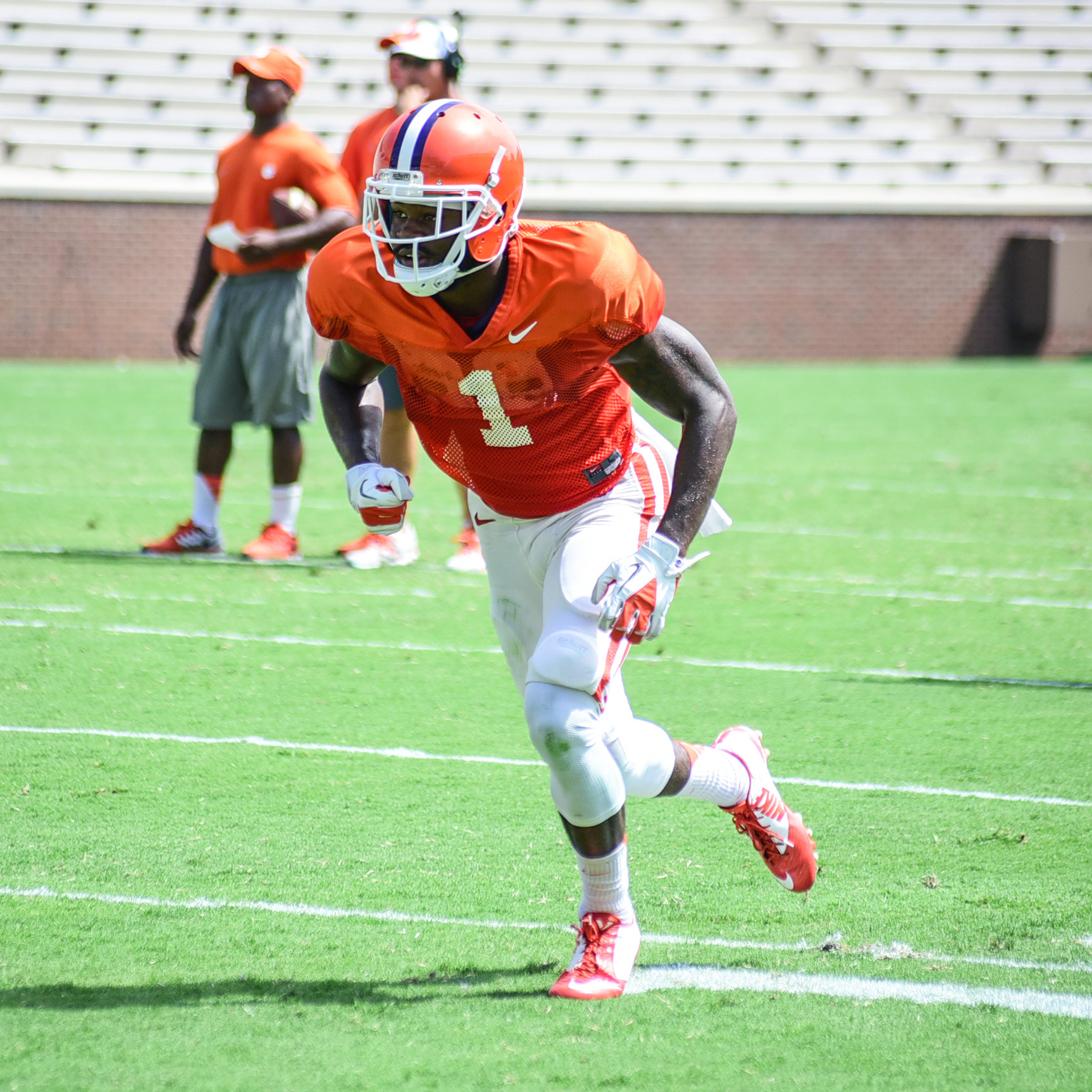 Clemson, S.C.—Clemson held its first stadium scrimmage of the spring practice session on Wednesday.  It was the team’s eighth practice of 15 this spring.  The sessions will culminate with the annual Spring Game in Memorial Stadium on April 9 at 2:30 p.m.

It was a typical first major scrimmage with highlights and lowlights on both sides of the ball.  “It was a little ragged and we would have gotten beat by a lot of teams today,” said Head Coach Dabo Swinney, who took the Tigers to a 14-1 record and the National Championship game last year.  “We didn’t do a real good job in a number of areas. We had some snap problems, we jumped off sides and had some missed tackles.

“We worked a lot of people (including four quarterbacks). We will get better.”

Swinney said one of the highlight plays of the scrimmage came early.  “Dexter Lawrence had an interception on what might have been his first play of the scrimmage.  He then ran down the sidelines (32 yards) where Hunter Renfrow made a great tackle on him.”  There is over a 100-pound difference in weight between Renfrow and Lawrence, a freshman defensive tackle who entered Clemson in Janaury.

Lawrence had three tackles, the interception and a sack in his first scrimmage.  He was ranked among the top 10 players in the nation by many services this past recruiting season.

Albert Huggins was another young player who stood out on defense.  The sophomore had a team best three tackles for loss and a sack.  Kendall Joseph and J.D. Davis were the top tacklers with seven apiece.  Cordrea Tankersley had an interception and another pick that was erased by a penalty.

As stated above, the offense saw four different quarterbacks get significant playing time.  All-American Deshaun Watson played sparingly and completed 6-11 passes for 63 yards and a pair of scores.  Much of his work was done on a short field as the Tigers worked on red zone and goal line offense.  He threw one scoring pass to Hunter Renfrow and another to Jordan Leggett.

The top rusher was Adam Choice, a red-shirt sophomore who missed last year recovering from a torn ACL injury.  Choice had 11 rushes for 51 yards.  Tyshon Dye had a solid performance with 7-32 on the ground with a pair of short touchdowns.  C.J. Fuller had 11-29 rushing and also had a 12-yard reception out of the backfield.  Wayne Gallman played sparingly and had 27 yards rushing and scored two touchdowns in short yardage situations.

The top receiver was Trevion Thompson who had three receptions for 114 yards and a touchdown, a 44-yard scoring pass from Nick Schuessler.  “Trevion made a mistake early in the scrimmage that led to an interception.,” said Swinney.  “But he didn’t hang his head and came back with one of the best plays of the spring that he turned into a touchdown.”