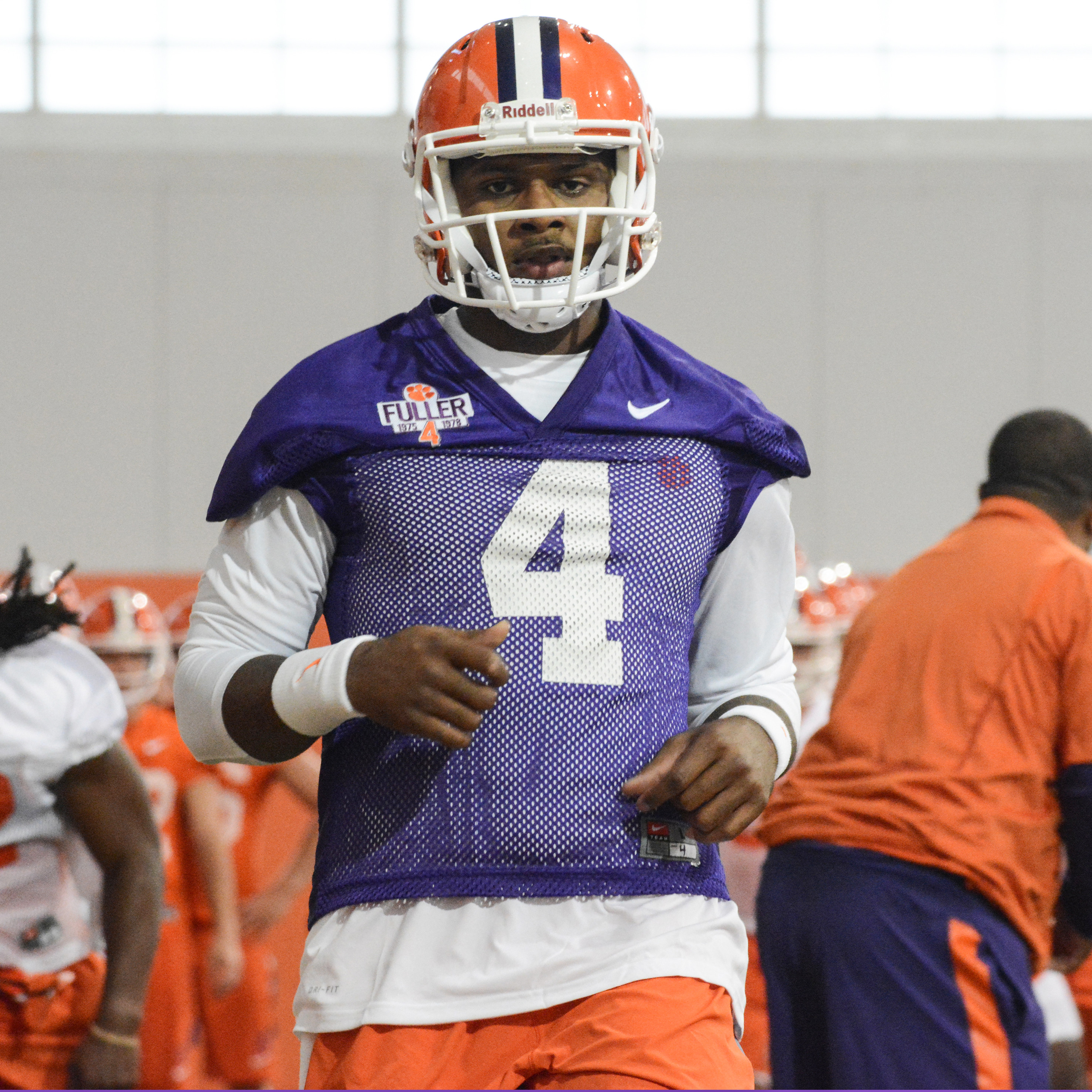 Clemson, S.C.—Clemson held its first practice in full pads on Saturday evening.   It was the fifth straight day of a 21-period practice that took about two-and-a-half hours.   The Tigers will take Sunday off before holding their first day of two-a-day practices on Monday.

The pre-practice walk-through, stretching, and the first four periods of practice were held in the indoor practice facility. Despite threatening clouds, the final 17 periods were held outside.

As has been the case under Head Coach Dabo Swinney, the Tigers began the first practice in full pads with the PAW Drill, which features  backs running behind the offensive line against the defense in an enclosed environment.

“The offense won the battle during the PAW Drill,” said Swinney.  “I was impressed with the offensive line during that drill at the beginning, and in our short yardage running game at the end of practice.  We had some long runs in the short yardage.  The defense has to improve on those plays.”

Swinney told the team after practice that they had a top 10 team in terms of total defense last year, but they could have been a top five defense if they cut down on the big plays.

Running backs C.J. Fuller and Tavien Feaster each had runs of over 50 yards and Wayne Gallman had a 30 yard-run in the short yardage portion of the scrimmage.

Overall, Swinney has been pleased with the first week of practice.  “It has been a good five days.  We still have a lot of work to do, but we have made progress.    You are always going to see areas you need to improve on.   This has been a tough, grinding, first five days and I am pleased with the effort.

“Next week there will be more installation and evaluation.”

Clemson will practice in the morning and evening on Monday, then have  a Tuesday afternoon practice at the Jervey Meadowns, the fields outside the Clemson baseball stadium.  Wednesday will feature two more practices, including a situational scrimmage in the morning.

All practices are closed to the public.