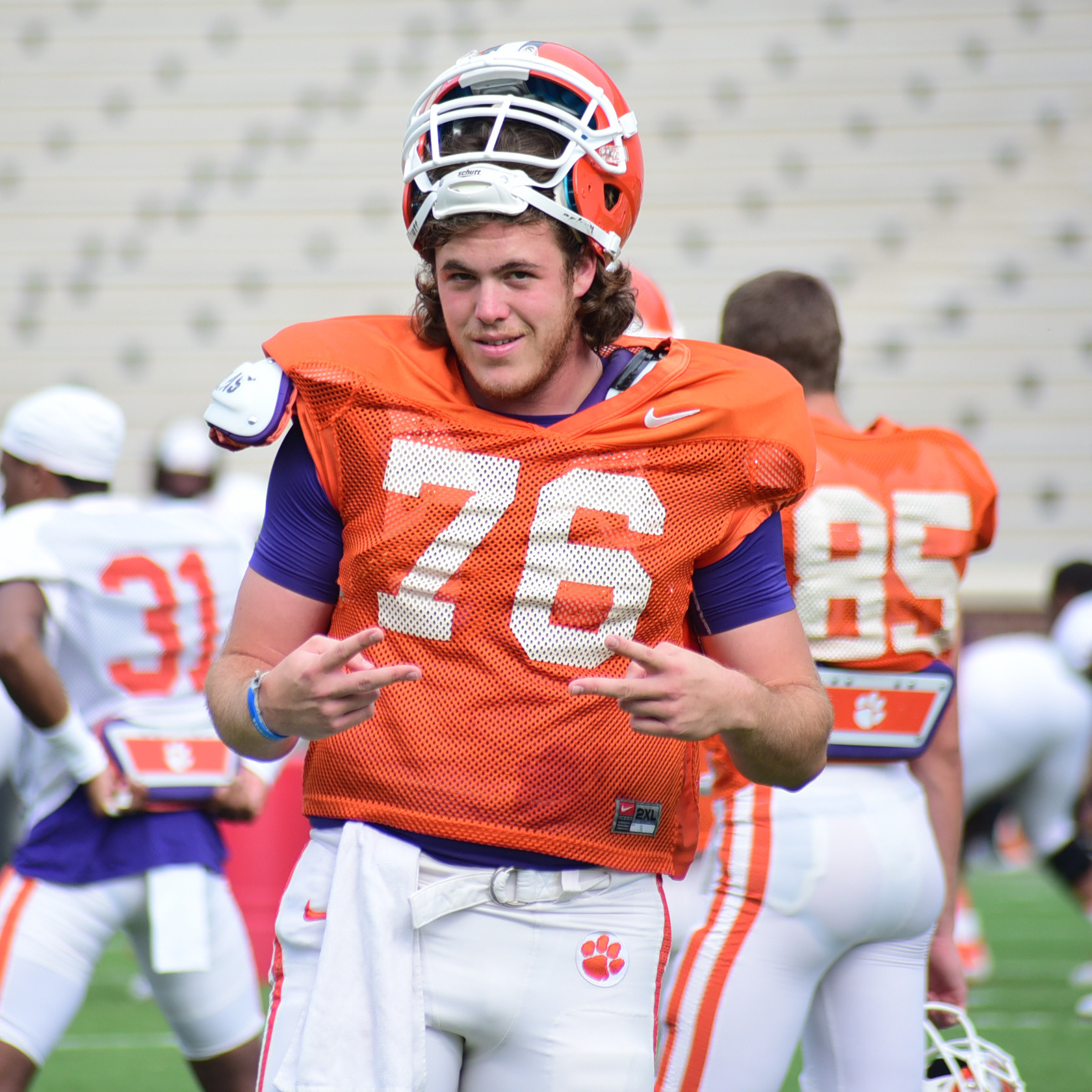 CLEMSON, S.C. — It was a long day, but the final long day for the Clemson football team during preseason camp. It was the final day with two practices, as the Tigers worked for 90 minutes in the morning and for two hours and 15 minutes in the evening.

The duration of the practice session in the evening was a little longer than expected. The team practiced from 5:30 to 6:45 outdoors on the fields behind Doug Kingsmore Stadium, then moved to the indoor facility when a steady downpour hit the Clemson area. The team finished around 7:45 p.m.

After the morning practice, which was held in shorts and helmets, Head Coach Dabo Swinney announced to the team that fifth-year graduate Jim Brown had been awarded a scholarship. The grant became available when Korie Rogers announced earlier in the week that he had decided to retire from football. Brown stood up and hugged Swinney in front of the team.

“Jim has been behind other snappers throughout his career, but this is a year he has been waiting for,” said Swinney. “He has been a consistent worker and we are proud to award him a scholarship.”

Brown, a native of Walterboro, S.C. and Pinewood Prep, has played in just four games in his career, but he is slated to be Clemson’s starting snapper this year. Ironically, Brown did not take part in either practice as he recovers from a concussion suffered in Saturday’s scrimmage.

The news from the evening practice centered around the return of second-team All-ACC wide receiver Mike Williams, who had missed the last four practices while recovering from a pulled hamstring suffered in last Wednesday’s scrimmage. Williams had 1,030 yards receiving last season, most on the team.

One of the offensive highlights of the indoor portion, however, was a 40-yard touchdown pass from Deshaun Watson to Charone Peake, who continues to have a strong camp. The graduate had a 72-yard touchdown reception in last Saturday’s scrimmage and another 50-yarder that was called back when it ruled Watson was down by contact.

“We spent a lot of time on an 11-on-11 situation drill when we went inside. We threw a lot of special situations at them, including last minute situations where the offense had to go 60 yards with a minute to go and no timeouts. One of the positives of that drill was seeing Greg Huegel make the game-winning field goal.”

The Tigers return to practice Tuesday afternoon for the final practice of fall camp. School begins on Wednesday and there will be no practice.

The team holds its annual Fan Day on Sunday at Memorial Stadium. Gates open at 2:30 p.m.