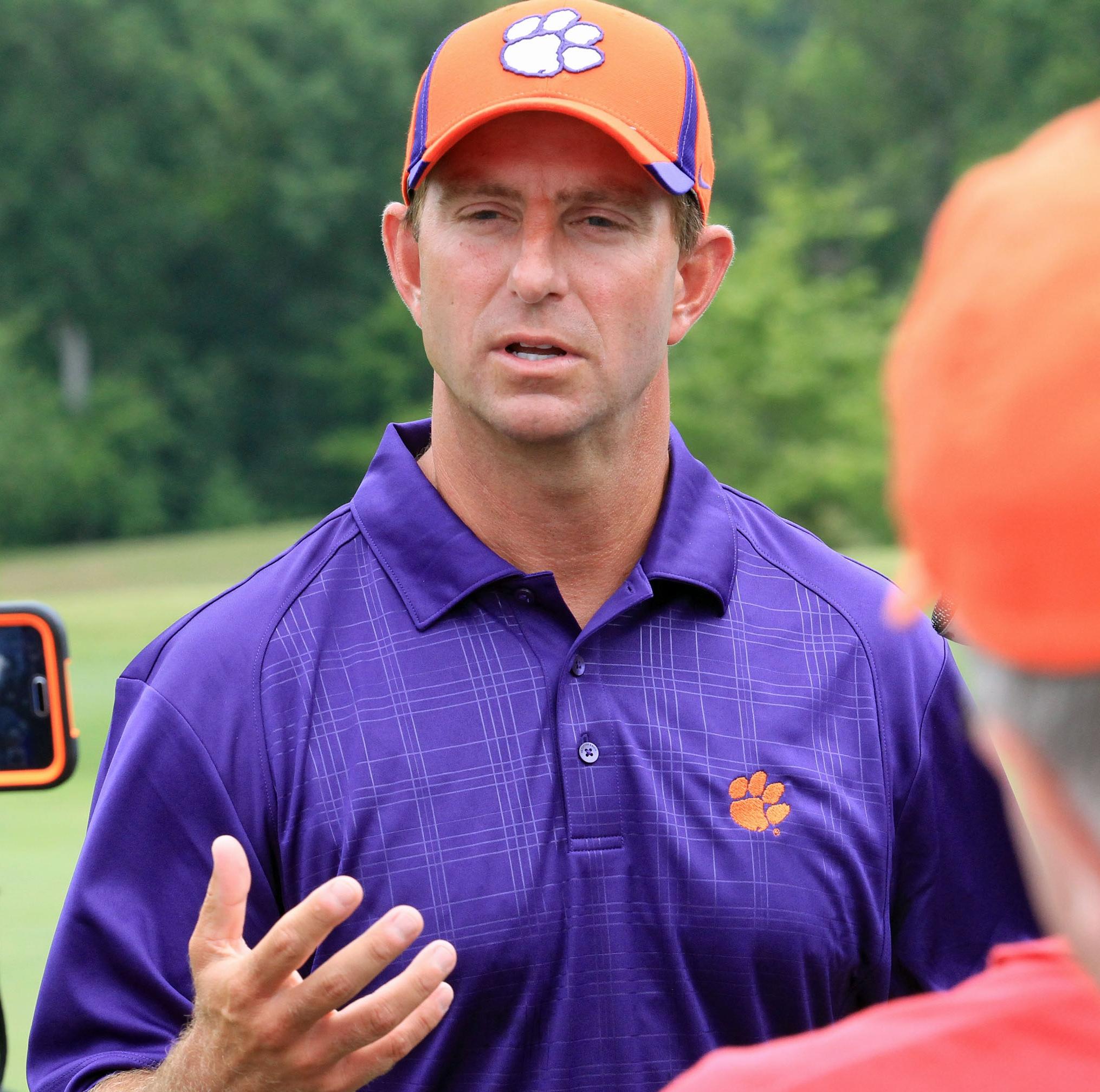 CLEMSON, S.C. — Clemson held its final practice of preseason camp on Tuesday. The Tigers worked for over two hours, the first 10 minutes on the practice field behind Doug Kingsmore Stadium, and the last two hours in the indoor facility. A steady rain with thunder and lightning was in the forecast, so the Tigers moved inside.

“We had a lot of competitive work, a lot with drills the first half of the practice and finished up with drills where we milk the clock, victory formation and many other last minute situations,” said Head Coach Dabo Swinney.

“Practicing that situation is important on both sides of the ball. We would not have won the LSU game three years ago if the defense had not forced a punt when LSU was trying to run out the clock. If they had gotten a first down the game would have been over and we would not have had a chance to make a fourth-and-16 play.”

Overall, Swinney is pleased with what his team has accomplished so far as it prepares for a season opener against Wofford that is still two and a half weeks away (Sept. 5). “This is a different schedule than we have had in recent years. Usually we come to the end of camp and we have a game in 10 days. This year we have an extra week.

“It has been a good camp and I am proud of what the guys have done. They have pushed through it.  It is not easy. Tonight we will have an academic meeting and make sure everyone is ready for the first day of classes on Wednesday. They will have tomorrow off from football. We have had them for 24/7 the last two weeks. They need tomorrow to get back to being a Clemson student.”

Swinney gave an update on the physical condition of his team after practice. “Tucker Israel (QB, broken foot) is coming a long and we still hope to get him back to practice the week of the first game or the second game. Kendall Joseph, a redshirt freshman linebacker from Belton, S.C., had minor knee surgery this week and will be out for a while.”

Snapper Jim Brown was elevated to a green jersey on Tuesday after he missed Monday’s practices with a concussion. Zac Brooks was out with a shoulder injury.

Clemson will have its final preseason scrimmage on Thursday afternoon at Memorial Stadium. It  is closed to the public. The team will practice on Friday and Saturday and have Fan Day on Sunday at 2:30 p.m. in the stadium.