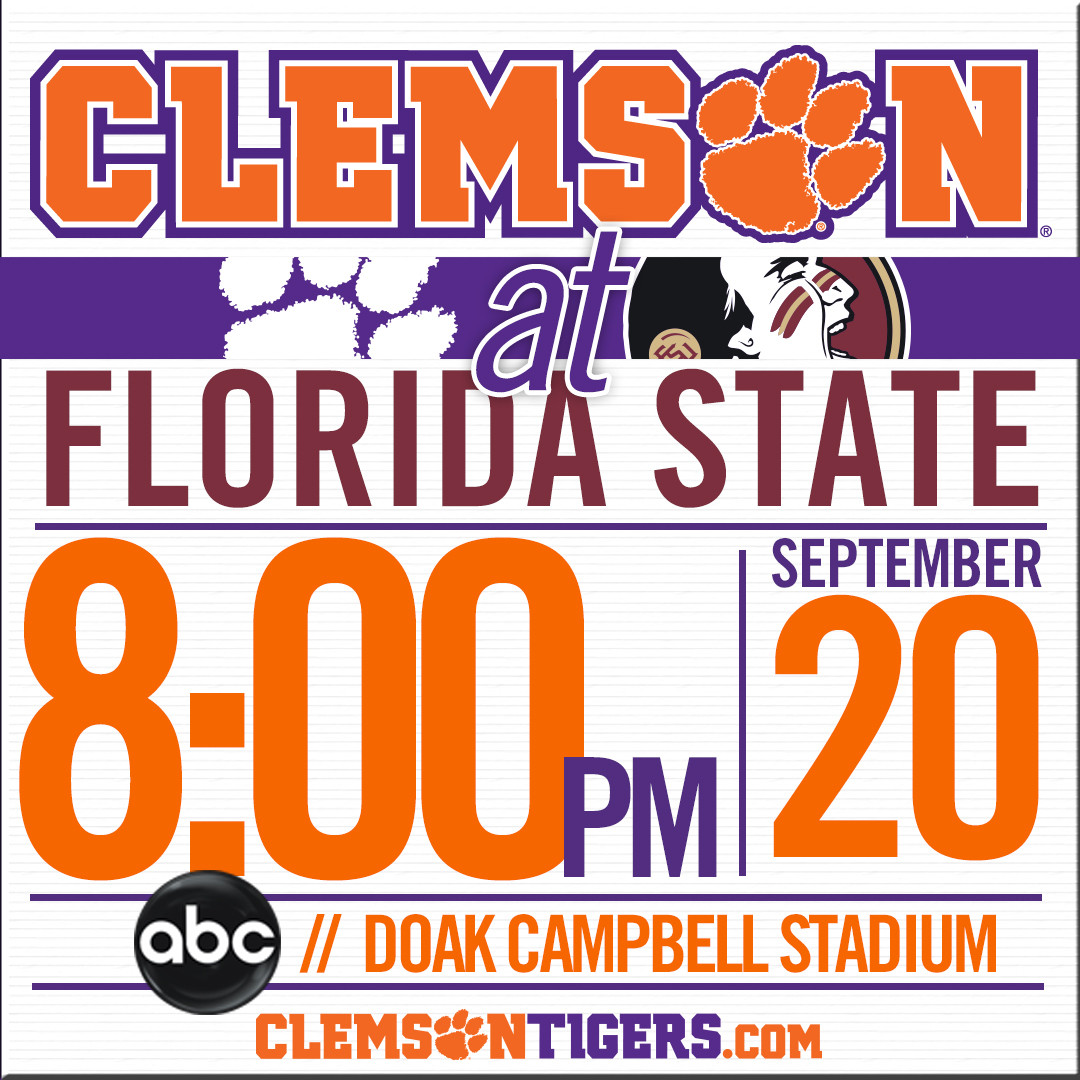 The ACC released gametimes for the weekend of Sept. 20, and the Clemson-Florida State game will be an ABC national broadcast scheduled for an 8 p.m. kickoff.

It marks the third-consecutive season and fifth time in the last six years the two teams face off in a night game. It’s also the Tigers’ third ABC national broadcast, primetime kickoff in the last two seasons.

Both the Tigers and the Seminoles are off this Saturday. Clemson defeated South Carolina State 73-7 last weekend to move its record to 1-1 overall. The FSU game is the first conference tilt of the season for both squads.