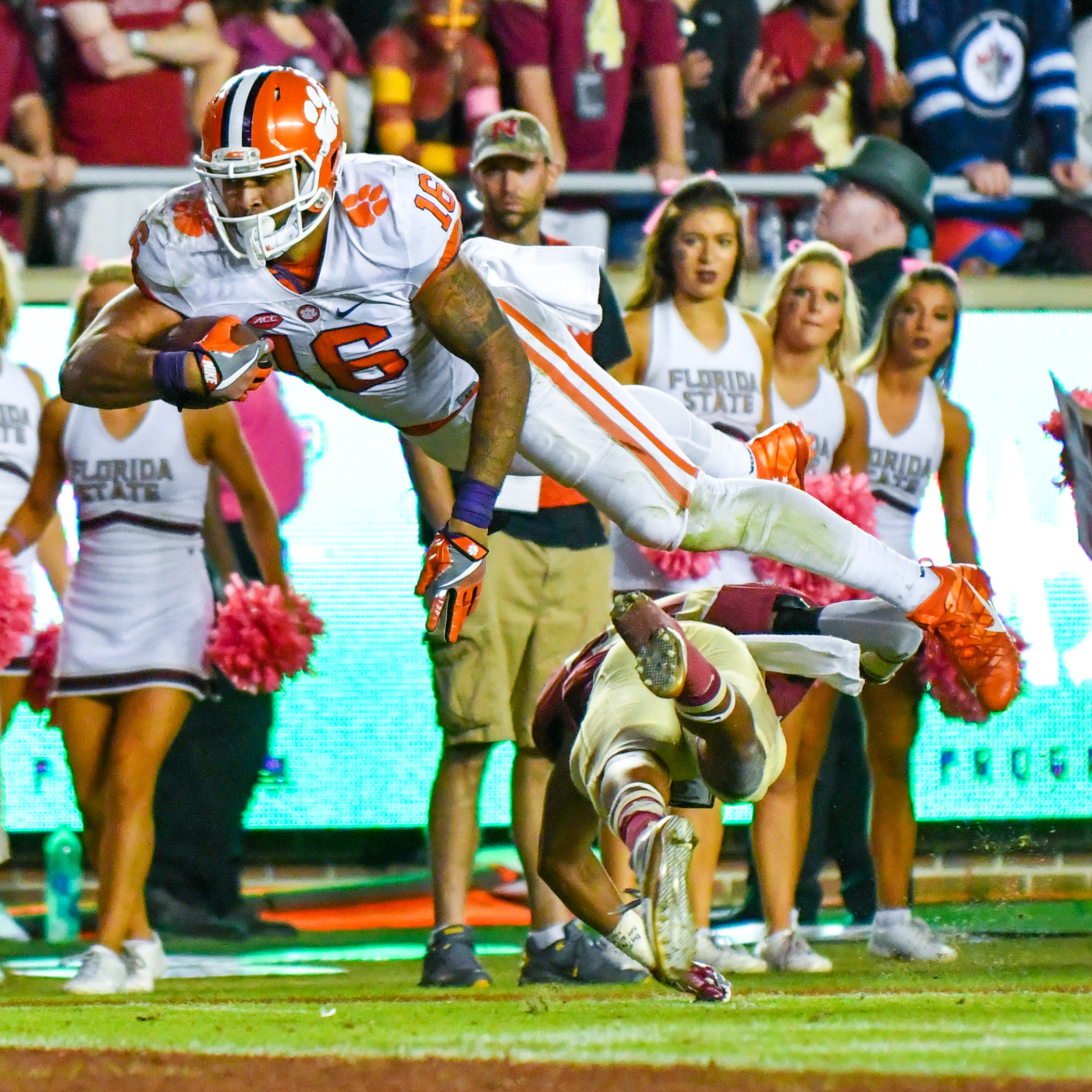 When you look at the great rivalries Clemson has had in its history, you would have to say the rivalry with Florida State is in its adolescence. The Tigers’ history with South Carolina dates to 1896, the series with Georgia to 1897 and Georgia Tech to 1898.

However, the Tigers and Seminoles did not begin playing football until 1970, and there were only three games played before 1988. Florida State won two of the first three matchups, and the games were played in virtual obscurity, as Clemson was in the middle of a losing season in all three of those contests and Florida State had a losing record entering two of them.

But the 1988 and 1989 games changed everything. Those games and many more since have made the contests between the Seminoles and Tigers “must-see TV” for college football fans around the nation.

That 1988 matchup certainly put the rivalry on the map. With CBS and famed broadcaster Brent Musburger televising the game nationally on a rainy afternoon at Death Valley, Clemson entered the game ranked No. 3 in the nation and Florida State was ranked No. 10. The Seminoles were the preseason No. 1 team, but they lost the season opener 31-0 to rival Miami (Fla.).

This 1988 game was a meeting of College Football Hall of Fame coaches, as Danny Ford met Bobby Bowden. Clemson jumped out to a 7-0 lead in the first quarter when wide receiver Chip Davis threw a 61-yard touchdown pass to Gary Cooper. That would be just the first trick play of this contest.

The Tigers tied the score 21-21 on a Tracy Johnson touchdown run with 2:32 remaining in the fourth quarter. Clemson then forced the Seminoles to punt from their own 21 with just over a minute left. The Tigers were primed for Gardocki to kick a field goal and come away with the victory.

But what followed was the greatest play in the history of the series and perhaps college football history. Florida State executed the “Puntrooskie,” and it involved the father of a current Tiger tight end.

Florida State snapped the ball to Dayne Williams, father of Clemson junior Garrett Williams. Dayne held the ball between his legs for a second or two until Leroy Butler came from behind and took the ball. Butler then raced 78 yards down the Tiger sideline, where he was tackled at the one yard line by Donnell Woolford. Clemson held, but Florida State kicked a 19-yard field goal with seconds remaining on the clock to win by a score of 24-21.

Ford’s Tigers took a 28-10 lead in the first half thanks to a 73-yard interception return for a touchdown by Wayne Simmons and a 73-yard touchdown run by Terry Allen just before halftime when the Tigers were basically trying to run out the clock. Florida State scored a meaningless touchdown with five seconds left to make the final score 34-23. Allen finished the game with three touchdowns and quarterback Chris Morocco completed 8-9 passes for 134 yards.

The win would look better and better as the season went on, as Florida State did not lose again and finished No. 3 in the polls. The Tigers finished 10-2 and were also ranked in the top 10.

Florida State joined the ACC as a national power in 1992, and its first ACC game was at defending ACC champion Clemson. In another battle of top-15 teams, the Seminoles scored a late touchdown behind a relatively unknown quarterback named Charlie Ward to win 24-20. Ward was in his first year as a starter.

That was the first of 11 consecutive wins in the series for the Seminoles. They won the national title in 1993 and 1999, but they almost slipped at Clemson in the 1999 meeting.

The largest crowd (86,092) for a game in Memorial Stadium history witnessed the first meeting of father and son coaches in Division I history, as Bobby Bowden met Tommy Bowden on Oct. 23, 1999. While Clemson was just 3-3 (and finished 6-6), the anticipation for this father-son matchup was amazing.

For the only time I can remember, we actually did a teleconference for this game 10 days prior with Tommy Bowden and his mother, Anne. We had over 25 national media members on the call.

The atmosphere was electric during pregame. I will always remember Bobby Bowden coming up to me on the field prior to the game and saying, “Isn’t this great?” I remember how refreshing it was to see a coach who was able to take in the atmosphere before such a pivotal game and enjoy the moment.

The game lived up to the hype, as the Tigers held their own with the eventual national champions. Clemson had a 14-3 lead at halftime before Florida State came back and defeated the Tigers 17-14. It was the closest game Florida State had all year.

Bobby Bowden defeated his son in the first four meetings before Clemson registered a victory. That came in 2003, which is spotlighted on page 125. But that 26-10 Tiger win over the No. 3 Seminoles is one of the most important victories in program history.

Clemson won four of five games in the series from 2003-07, including three in a row from 2005-07, the first ACC team to beat Florida State three times in a row. The 2006 victory was also Clemson’s first in Tallahassee since 1989.

The Tigers’ win in 2009 at Death Valley featured the heroics of C.J. Spiller, who played most of the game with a toe injury. The unanimous All-American had 165 rushing yards, 67 receiving yards and 312 all-purpose yards in a 40-24 win that was a key to Clemson winning its first ACC Atlantic Division title.

In recent years, the matchup between the Tigers and Seminoles has taken on even more national significance. Florida State won the national championship in 2013, and its win at Clemson was crucial. Florida State also defeated the Tigers in overtime 23-17 on the way to making the first College Football Playoff in 2014.

In the last two years, Tiger wins over Florida State have been key to a playoff run, including last year, when a 37-34 victory at Florida State was instrumental in the Tigers winning their second national championship.