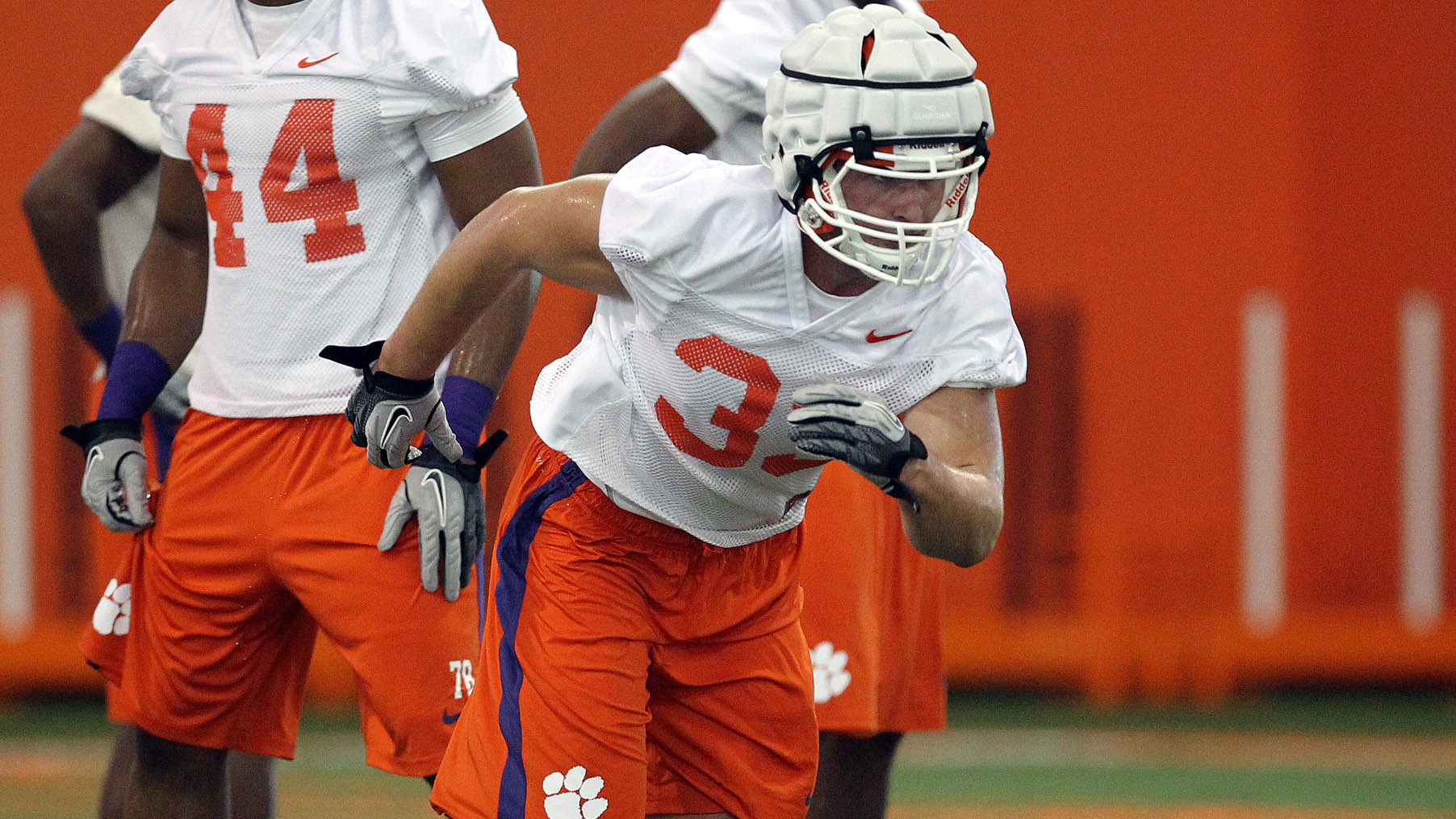 CLEMSON, SC – “This was the fifth day in a row of hitting and you could tell that,” said head coach Dabo Swinney after a two and a half hour workout on Friday morning. The Tigers will hold their first stadium scrimmage on Saturday. It will be closed to the public.

“We pushed through it and got done what we needed to get done.  It was sloppy and not consistent, but it was a morning practice after four straight late afternoons.

It was a frustrating day for the offense much of the day, but near the end Tajh Boyd hit Charone Peake for a 97 yard touchdown on a perfectly thrown long pass.

Cornerback Darius Robinson missed practice as he recovers from a concussion.  It is not known how long he will be out.  Martavis Bryant was limited, but much improved on Friday after missing some time with a groin injury.  Receivers Mike Williams and Adam Humphries were both back at practice after missing time due to injury.  Starting offensive guard David Beasley missed the morning practice with a lower abdominal strain.

The Clemson football team held its seventh practice of the 2013 preseason on Friday, August 9 at the football practice facilities on the Clemson campus.  The Tigers are preparing for their season opener against Georgia on August 31 at Memorial Stadium, which will be broadcast nationally on ABC at 8 PM.  Earlier this week, it was announced that ESPN College GameDay would be in Clemson for the matchup between the two top-10 teams.