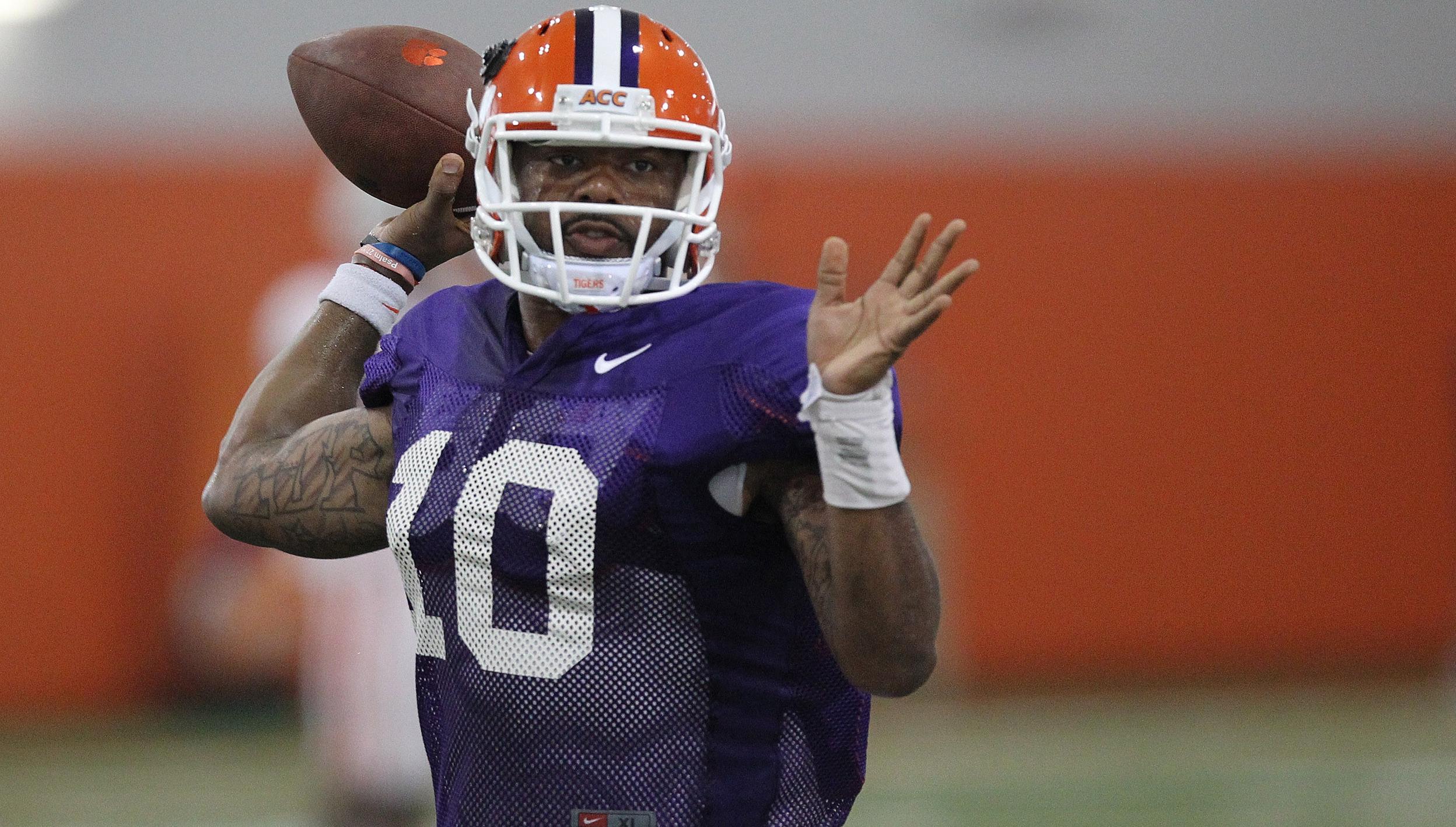 CLEMSON, SC – Clemson freshman wide receiver T.J. Green does not have a torn ACL.  An MRI late Wednesday afternoon that was reviewed on Thursday revealed that the first-year player from Sylacauga, AL has a sprained knee and a bone bruise.  He will be out for a few weeks, but will be able to return this year.  Future exams will give a clearer window of recuperation.

Green suffered the knee injury in practice on Tuesday and missed the first day in full pads Wednesday as he saw a doctor to determine the extent of the injury while practice was in progress.  “That is the best news I have had today,” said Clemson Head Coach Dabo Swinney. “We were fearful that he had suffered a season ending injury.”

Green is one of two first-year freshmen receivers in camp.  He scored nine touchdowns and averaged 22 yards per catch as a senior at Sylacauga High School last year.  He was ranked as the number-18 player in Alabama by ESPN.com.

Thursday was the second day of full pads practice and the entire workout was done inside the Clemson Indoor Facility.  It was not raining during practice, but seven inches of rain in the Clemson area over the last three days have made the practice fields very wet.

Swinney again held his breath when a player went down with an injury, but it was not serious.  Freshman defensive lineman Scott Pagano suffered a leg injury.  But x-rays revealed that the youngster from Hawaii has a high ankle sprain and not a broken ankle.  Walk-on freshman Zach Riggs suffered a knee injury, but it is not serious.

“We had a competitive practice, a lot of good on good.  I liked the tempo of the practice.  We had a lot of live goal line work and the defensive line was outstanding.  We have a lot of battles going on at the line of scrimmage and that is good to see.”

Swinney also commented after practice on a new tool for the Tigers.  Each player has been equipped with an iPad.  “This is a game changer for us,” said Swinney.  “It will give us an edge.  We really appreciate (Director of Athletics) Dan Radakovich providing our entire team with these iPads.

“It is set up so that they can watch video whenever they want, individually or as a group.  It makes it so much easier for our guys to study film on their own.  It is a great tool.  When we told the team we were getting them there was a big roar.”