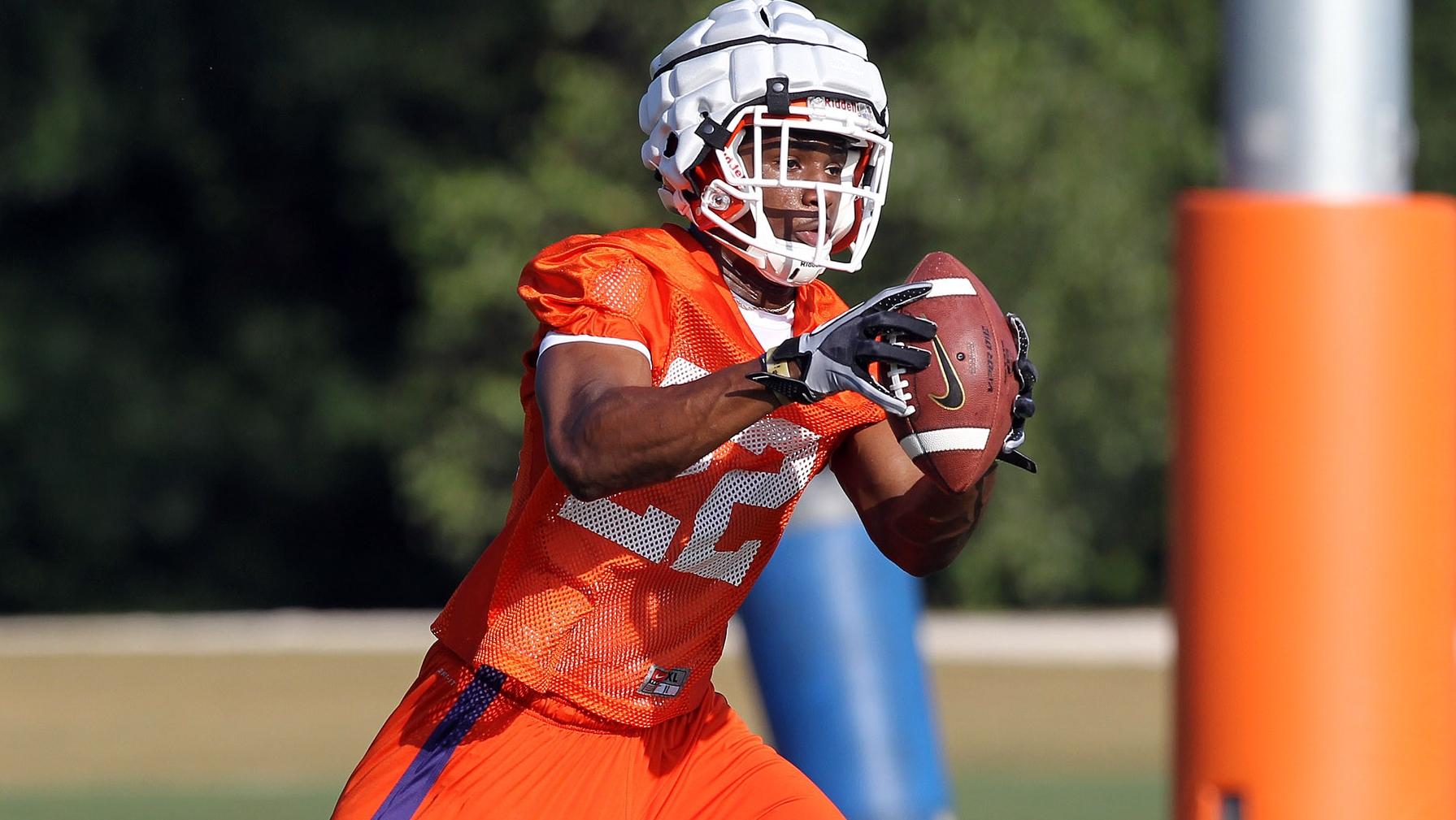 The Clemson football team held its fourth practice of the 2013 preseason on Tuesday, August 6 at the football practice facilities on the Clemson campus.  The Tigers are preparing for their season opener against Georgia on August 31 at Memorial Stadium, which will be broadcast nationally on ABC at 8 PM.  Earlier today, it was announced that ESPN College GameDay would be in Clemson for the matchup between top-10 teams.

CLEMSON, SC – After months of speculation, a long-running rumor was finally put to rest Tuesday afternoon for the Clemson football team.

And does it ever mean good things for the Tigers and their university.

It was officially announced that ESPN’s “College GameDay” will be making its second-ever visit to Clemson, as it will broadcast live from campus ahead of the Tigers’ season opener against Georgia on Aug. 31, which will kick off at 8 PM and be televised nationally by ABC.

The program hasn’t been to Clemson since Oct. 21, 2006, when Clemson hosted the show prior to its 31-7 victory over Georgia Tech in a battle of top-15 teams.

The news came as little surprise, as the announcement has been speculated for months given the lofty expectations this season for both Georgia and Clemson, who recently checked in at Nos. 5 and 8, respectively, in the USA Today preseason poll.

And for Tigers head coach Dabo Swinney, it’s a priceless opportunity for Clemson.

“It’s great anytime you can get great exposure for your brand and your university,” he said. “These kids deserve that, because they’ve worked hard. I love to see these guys get an opportunity to be recognized for the hard work they’ve put in, and it’s an honor that GameDay is coming here.

“This is a huge game, obviously, and it’s good exposure. Anytime you can get that paw on national TV, that doesn’t hurt.”

“College GameDay,” which has been on the air since 1987, first began broadcasting live from game sites in 1993, making Clemson’s lone hosting opportunity a bit surprising.

By comparison, Atlantic Division rival Florida State has hosted the program eight times, while rival South Carolina has played hosted to the show six times, including two out of the last three years.

Clemson quarterback Tajh Boyd, for one, thinks there are a lot more hosting opportunities for the Tigers in the future, as he feels his team is on the rise with no end in sight.

“Clemson is on the rise, and I don’t see it slowing down from here – I only see it picking up steam,” he said. “It’s like a locomotive.

“It’s been a pleasure to be a part of this program as it’s continued to grow … I’m excited to see what the future holds in store.”