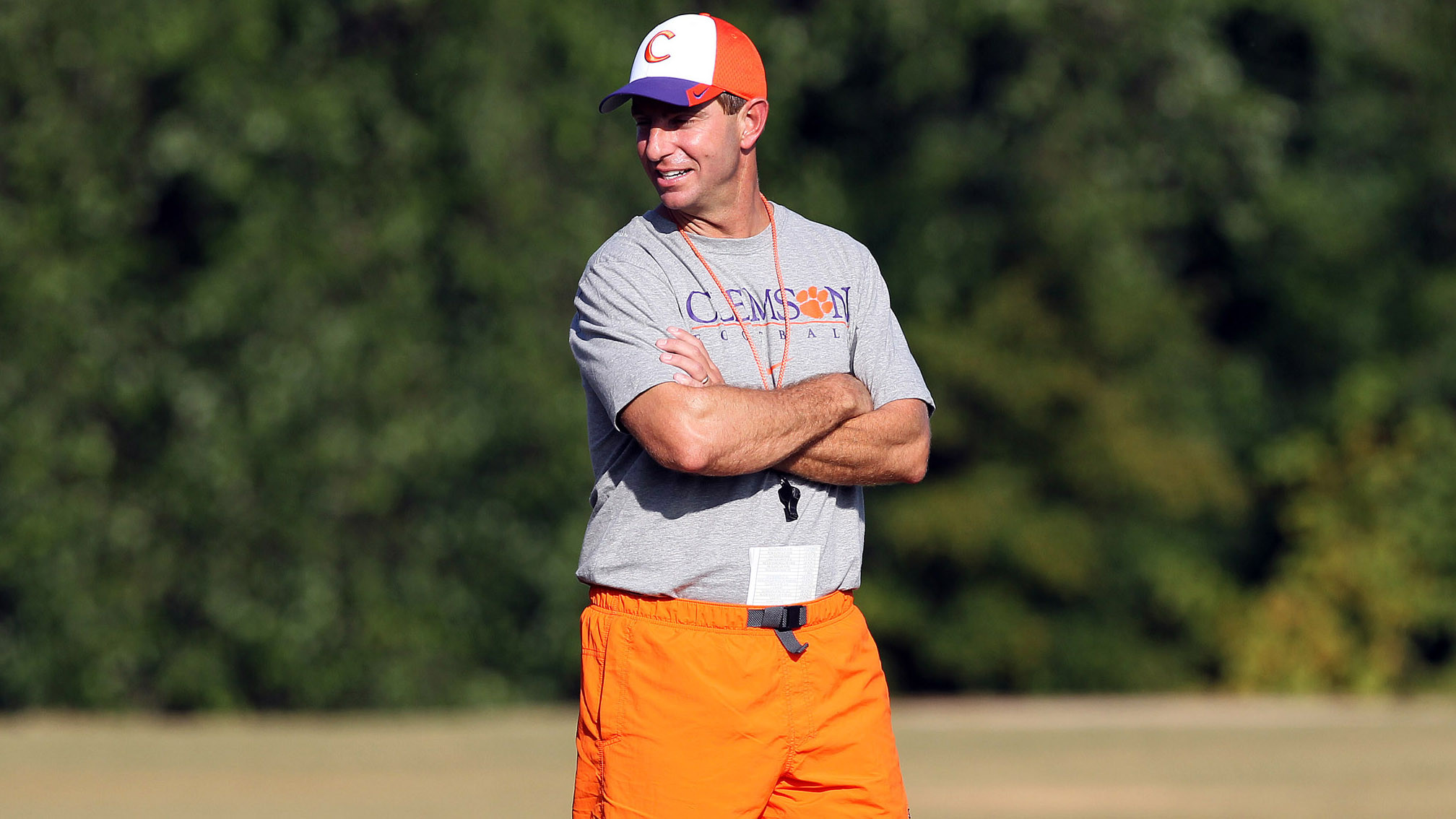 CLEMSON, SC – Clemson’s football team worked for two-and-a-half hours in helmets, shoulder pads and shorts on Monday. It was the third day of practice for Dabo Swinney‘s Tigers, who are preparing for the season opener against fifth ranked Georgia on August 31.

The Tigers will work in the same gear on Tuesday, then put on full pads on Wednesday.

“Today was a ‘thuds’ practice so it was the first day we could see some hitting on the offensive and defensive lines,” said Swinney. “We have a competitive bunch and that is good to see. It was a good day. That is how you develop depth, through competition and it starts in the lines.

“We have installed more in the first three days than we do in any week during the season and they have responded.

“Today was the last day of final exams for summer school so it will be total football focus for the next two weeks. This is an important time for the preparation of this season.”

Swinney said after practice that two players have decided to leave the program. Dante Stewart, a walk-on defensive back from Swansea, SC who lettered last year, has been offered a scholarship to a FCS school and has accepted it. Tra Thomas, a scholarship offensive lineman who played in five games over the last two years, also will transfer to a lower division school.

“Both young men have been excellent representatives of Clemson University and have an opportunity to see more playing time at another school. In Dante’s case he will be on scholarship. We wish them the best. They will always be Clemson Tigers.”

The injury list was the same as last Saturday’s list with one addition. Darius Robinson tweaked an ankle last Saturday and was held out of practice on Monday. He is expected back on Tuesday. Mike Williams (groin) , Mackenzie Alexander (groin) Adam Humphries (hamstring) and Spencer Region (Hip) also missed practice on Monday. All but Region are expected back by the end of the week.