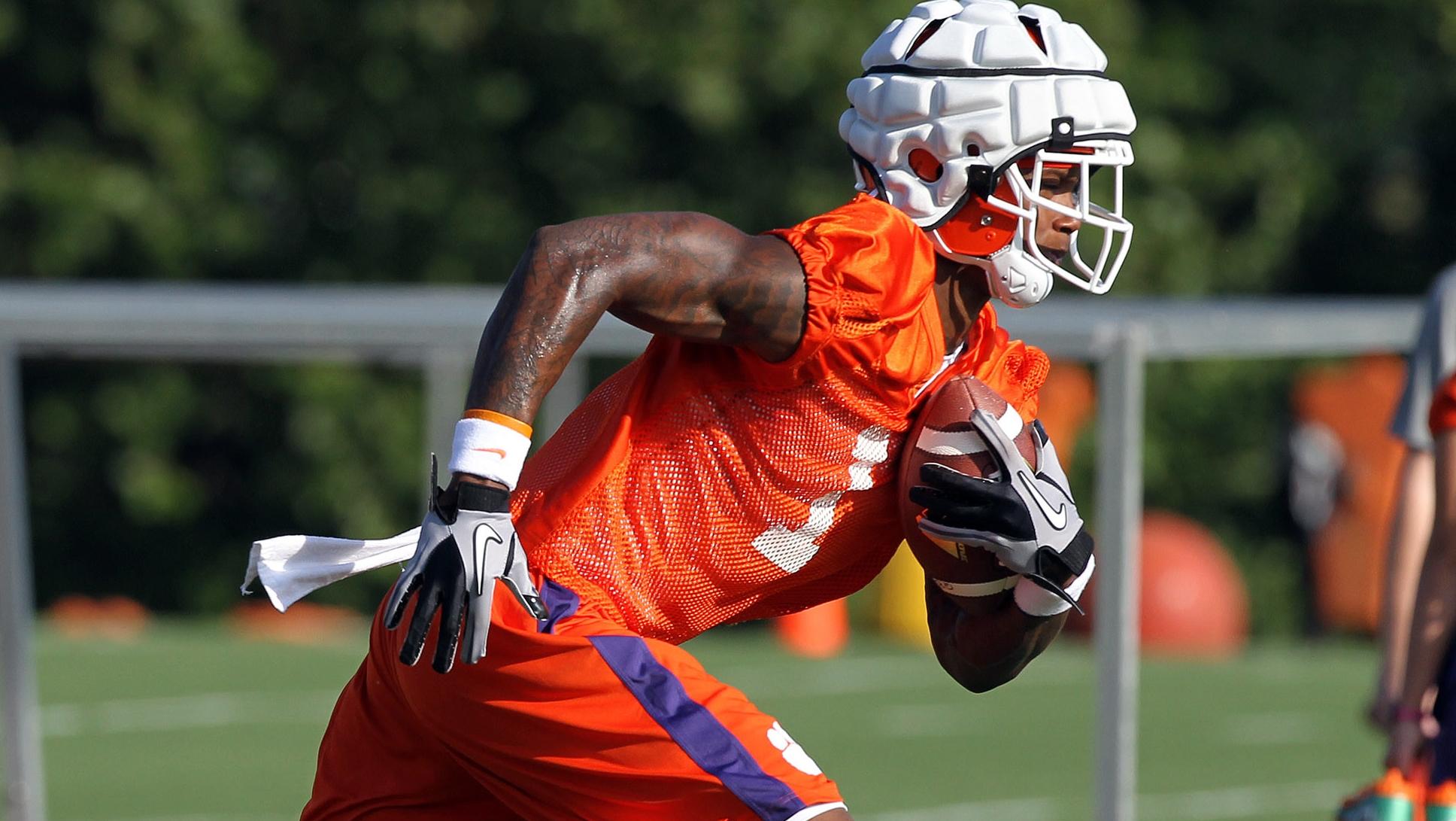 CLEMSON, SC – Dabo Swinney‘s Clemson football team held its second preseason practice on Saturday evening. The Tigers worked for two-and-a-half hours in shorts, tee shirts and helmets as they continue to install offense and defense for the 2013 season.

The Tigers are preparing for the season opener against fifth ranked Georgia on August 31 at Memorial Stadium.

“We had a really good practice today,” said Swinney. “We were better than yesterday because the energy was better. Yesterday was good for an opening practice, but today was better. We just looked faster and seemed to grasp more.

“This team has done well the first two days when it comes to the installation process.

“I have been impressed with the young players. The freshmen have moved around very well with that energy I am looking for.”

The Tigers will have Sunday off, then will practice in shells and helmets on Monday and Tuesday. Monday will be a long day for most of the players as they will have final exams for summer school, then practice Monday night.