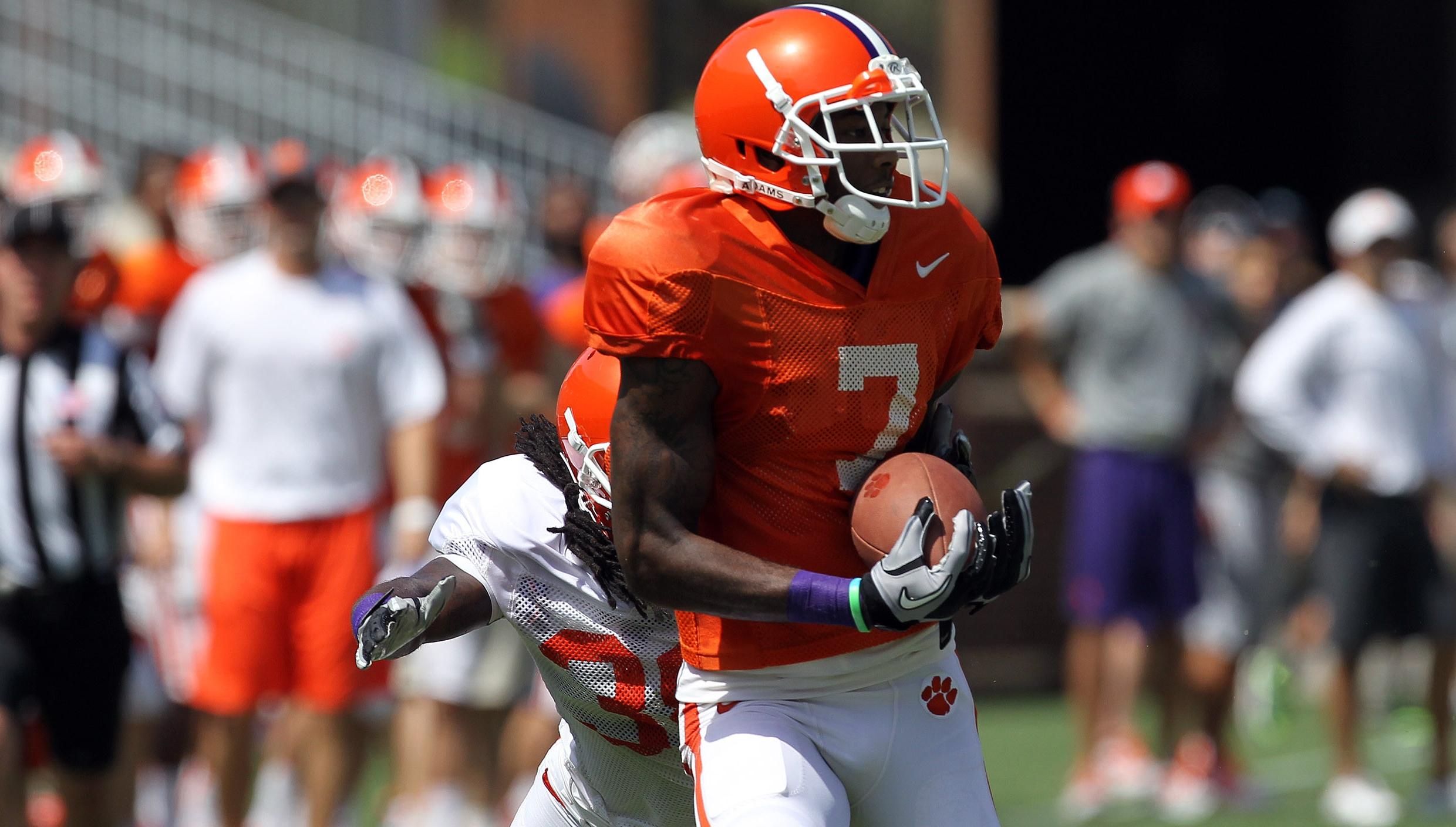 CLEMSON, SC – The Clemson football team was back at practice in full pads on Friday morning. The Tigers begin the season in a little over two weeks when Georgia comes to town.

Head Coach Dabo Swinney worked his team Friday morning in the much-used Clemson Indoor Practice Facility, as heavy rains were in the Clemson area much of the morning.

Thursday, Swinney gave his team most of the afternoon off after calling practice early. “I could see them hit the wall a bit on Wednesday, so I thought it would be a good thing to do on Thursday,” said Swinney. “We were back at it full go this morning and it was a good practice. We pushed them hard.

“What I really like about this team is a willingness to work hard no matter what the situation. If we start with the PAW Drill they are ready to go. If I put the ball on the three and put the first teams out there and say run a play, they will go all out.”

After practice Swinney talked about senior cornerback Martin Jenkins, who had his best practice on Friday. “Martin Jenkins had his best day,” said Swinney. “He matched up with Sammy Watkins most of the day and we all know how talented Sammy is. Martin did a good job.”

Jenkins has been limited with an arthritic condition in his backside. It is a condition that his father also had when he played football.

“Martin loves to play and practice and we were all encouraged by what we saw today.”

The Tigers will hold their final stadium scrimmage of the preseason on Saturday morning. The scrimmage is closed to the public.

The Tigers will hold their annual Fan Appreciation Day at Memorial Stadium Sunday at 2:30 PM.