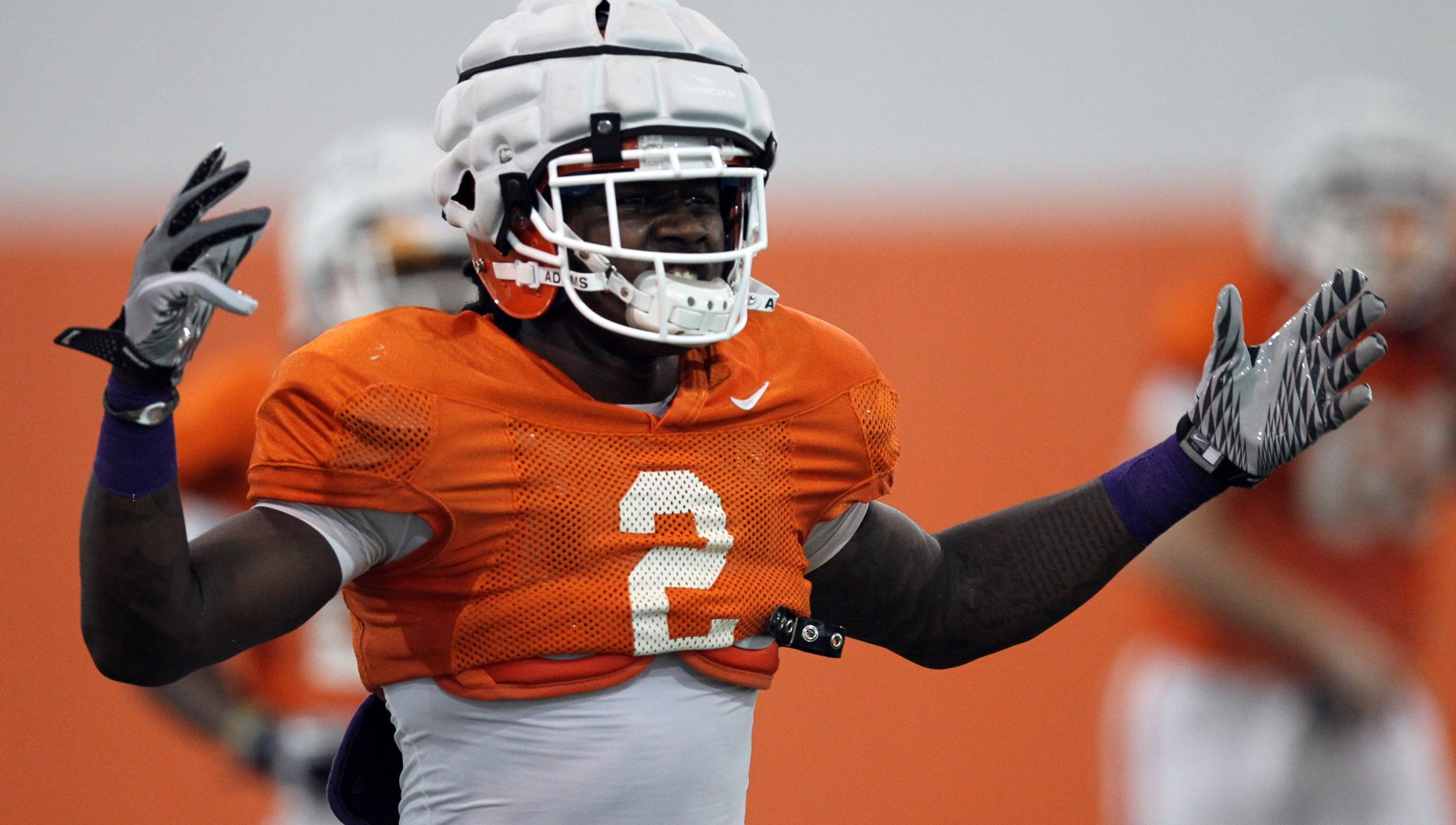 Swinney’s Tigers went through their normal pre-practice walk-through in the indoor football facility, then calisthenics, then did some special teams work on field goal kicking. Swinney then spotted the ball at the two-yard-line and gave an inspirational talk to the entire team telling them that it didn’t matter if Georgia had the ball on the two yard line going in, or if the Clemson offense had the ball on its own two going out. The Tigers will be ready to play.

He then sent the number-one offense out to run a play against the number-one defense from the three yard line. Just before the snap of the ball he blew the whistle and ended practice, much to the delight of the 100 Clemson players at practice.

“We have worked the equivalent of a spring practice and met for the equivalent of two spring practices, ” said Swinney. “We were ready for a mental day. So I told the team to go home and rest. Don’t go to a movie, but get some rest. I told them to look at some practice video on their new iPads and come back refreshed and ready to go for a long physical practice Friday morning.”

Swinney did not even tell the other coaches and staff he was going to do this. But he felt the timing was right after the Tigers had five practices the last three days. Clemson will practice for two-and-a-half hours on Friday morning, then have a scrimmage in Memorial Stadium on Saturday morning.

All practices are closed to the public.