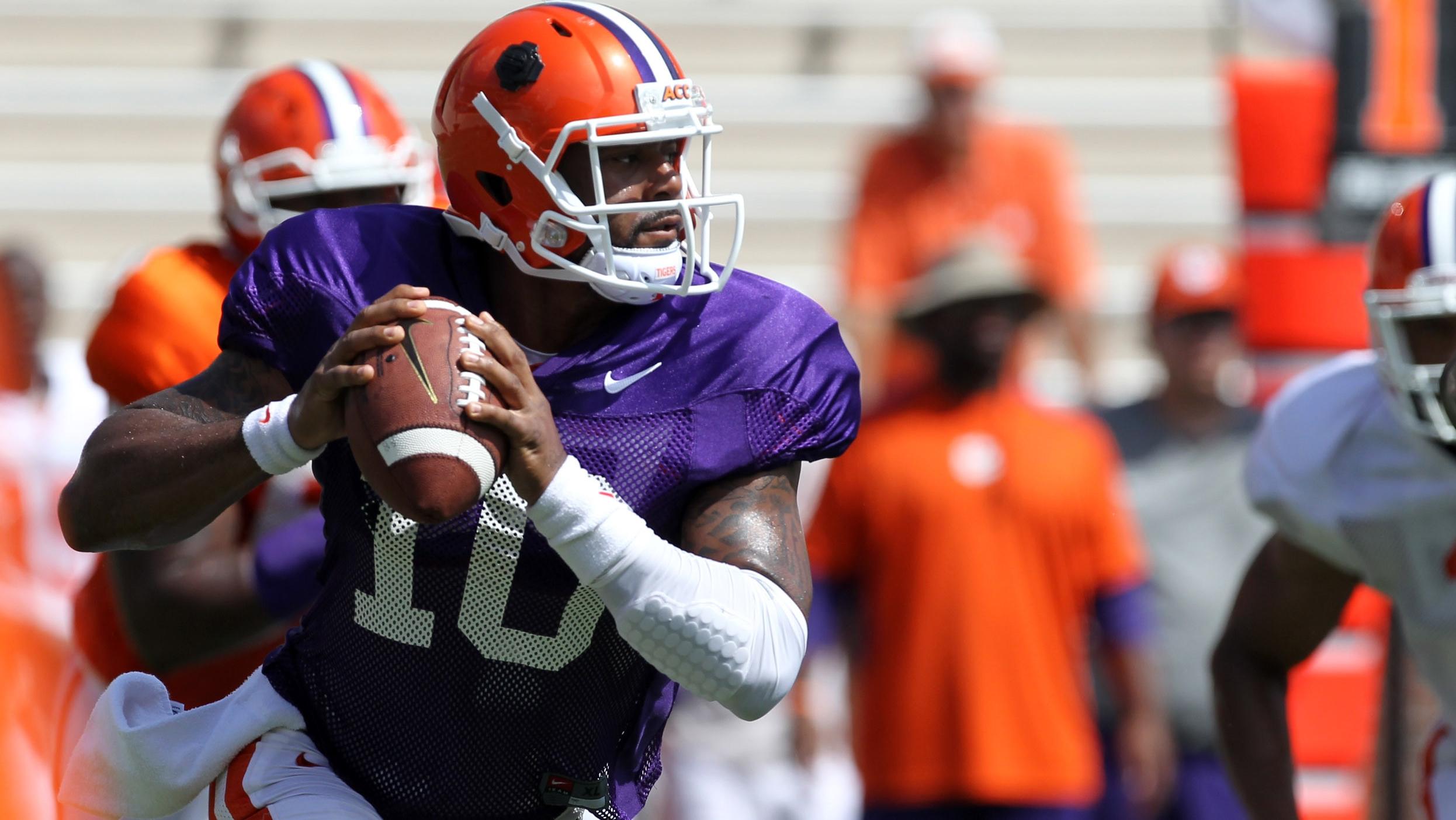 CLEMSON, SC – Clemson Head Coach Dabo Swinney ran his team through a two hour and 20 minute practice on Tuesday on the practice fields behind the Clemson Indoor Football Facility. The Tigers will have two practices on Wednesday, the first of which will be an important situational scrimmage.

“We will work in the stadium tomorrow morning and it will be an important practice,” said Swinney. “We will practice live and go through all kinds of situations. We will work on the two-minute drill, short yardage, special third-down situations. It will give us a good look at where we are.

Swinney announced the winners of the PAT Awards for the month of May, June and July after practice. “The PAT Award is given each month to a player who has demonstrated the epitome of what All In means,” said Swinney. “It is a person who has been exemplary in all areas, academics, the weight rooms, all areas of being a Clemson football player. When you do that in all areas it translates to the field.”

Swinney announced that the winner for May was defensive back Robert Smith, for June it was linebacker Stephone Anthony and for July, it was running back Zac Brooks.

Darius Robinson returned to practice today after missing the last few days due to a concussion.

The Clemson football team practiced for the 10th time of the 2013 preseason on Tuesday, August 13 at the football practice facilities on the Clemson campus.  The Tigers are preparing for their season opener against Georgia on August 31 at Memorial Stadium, which will be broadcast nationally on ABC at 8 PM.  ESPN College GameDay will be in Clemson for the matchup between the two top-10 teams.