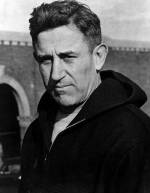 Note: Seasons that end in “8” have been special at Clemson. Hopefully, 2008 will join the list. In each of the first six programs, we will go back in time and reflect on some great Tiger seasons. Today, we look at 1928, the year of Clemson’s first All-American (O.K. Pressley).

As the 1928 season approached, there was much excitement in the air, as the then-named Clemson College Tigers began preparations for the upcoming season. The Tiger coaches and administrators decided Clemson would wear new uniforms that included a brilliant orange jersey with black composition cloth strips on the front and purple numbers on the back.

The 1928 team featured Clemson’s first All-American, Chester, SC native O.K. Pressley. Pressley was a center and linebacker, as players went both ways in those days.

Pressley was a popular teammate, as starting end Henry Asbill explained in an interview years ago. “O.K. was a dedicated player. He played the game because he loved football and his school. He would help his team play better and harder by encouraging us. O.K. was like his initials…he was `O.K.’!”

The 1928 team opened with a 30-0 home win over Newberry on September 22. The game featured a 35-yard touchdown run by Pluto Davis. The Tigers then downed a determined Davidson squad by a score of 6-0 on Riggs Field thanks to a touchdown pass from Goat McMillan to Asbill.

Clemson defeated Auburn 6-0 on the road in an upset win a week later. Johnnie Justus intercepted a pass late in the game that looked to be a sure Auburn touchdown to preserve the victory for Clemson. The Auburn contest proved to be costly, as Pressley injured his hand in that game and his status for upcoming games was unknown.

Clemson blanked N.C. State by a score of 7-0 at Florence, SC without Pressley, and he also missed the 52-0 victory over Erskine. The Tigers entered the South Carolina game with a perfect 5-0 record and had yet to allow a point. Had there been national rankings in those days, the Tigers most certainly would have been considered a top-25 club.

This was an important game versus the Gamecocks, because South Carolina was also 5-0 and was enjoying one of its best seasons in years. There was much speculation as to Pressley’s playing status.

In the early stages of the game, the Gamecocks were driving. Pressley knew he could help his team, but Head Coach Josh Cody did not want to play him because of his injury. The Gamecocks kept driving and it looked as if they would score.

Pressley went to Cody and begged to be put in, but the coach refused. South Carolina was on the Tiger 10-yard line. Pressley looked at the coach with pleading eyes once again. Not only was the game on the line, but Clemson still had not allowed a point all season.

Cody looked at Pressley and then looked at the field with an approving nod of the head as if to say, “Please go in and stop the Gamecocks!” Pressley proceeded to charge out onto the field.

It was probably the greatest one-man defensive stand in Clemson football history. It is in fact the only time in recorded school history that one player had a tackle for loss on four consecutive plays. The four plays lost 27 yards, as the Tigers took over possession and momentum. This heroic feat changed the game in its early stages and Clemson went on to a resounding 32-0 victory.

Clemson headed to Mississippi with a 6-0 ledger, but the Rebels upset the Tigers by a score of 26-7 in a downpour. Clemson then rebounded the next week with a 12-0 win over Virginia Military at Lynchburg, VA.

The Tigers lost to Florida at Jacksonville, FL by a score of 27-6 on November 17 against a Gator team that would end the season with an 8-1 record. Clemson scored early in the game on a pass from McMillan to O.D. Padgett, but overall, the Tigers could not stop the Florida running game.

On November 29 (Thanksgiving Day), Clemson downed Furman 27-12 on Manly Field in Greenville, SC. The Tigers then concluded the season with a December 8 loss at The Citadel. That remains Clemson’s latest regular-season game ever played on the calendar.

The Tigers finished the year with an 8-3 record and outscored their opponents 192-77. Clemson finally started gaining respect once again among football teams in the South. This would be the first of three consecutive eight-win seasons for Cody.

In December, the Newspaper Enterprise Association tabbed Pressley with All-America honors, becoming Clemson’s first All-American in any sport. He later became a highly-decorated military figure before he retired in 1949. He also taught school in Chester County and owned a farm near Chester before passing away in 1984.

Cody, after leaving Clemson upon the completion of the 1930 season, went back to his alma mater (Vanderbilt) as an assistant football coach and head basketball coach. He was the head football coach and athletic director at Florida from 1936-39 and actually coached against the Tigers in 1937, a game Clemson won 10-9 on the road.

In 1940, Cody was a line coach at Temple and was appointed head basketball coach in 1942, as he held that post until he became athletic director in 1952. During his tenure as a basketball coach, Cody racked up 124 victories and guided the Owls to the NCAA Tournament in 1944. In 1955, he coached the football team at Temple after the coach resigned prior to the season.

Cody retired and lived on his farm in New Jersey. He died of a heart attack on June 19, 1961 in Mount Laurel, NJ at the age of 69. He was inducted into the College Football Hall of Fame in 1970 (for his playing career at Vanderbilt) and the Tennessee Sports Hall of Fame in 1999.

The 1928 season established a Tiger record for victories at the time. It was the first season of a three-year run when Clemson had a 24-8 combined record, good for a 75-percent winning mark that stood as the Tigers’ best three-year run until the 1970s.

Sam Blackman is Clemson’s Senior Associate Sports Information Director and is in his 22nd year at Clemson.