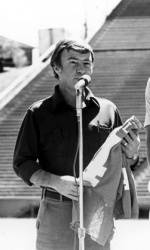 Clemson fans across the nation wept on September 9, 2003 when news was received that Jim Phillips, Voice of the Tigers, had died. On November 3, 2010, South Carolina fans had the same reaction when it was learned that Bob Fulton, Voice of the Gamecocks, had passed on.

Phillips served as play-by-play announcer for Clemson athletics for 36 years and Fulton provided the same accurate accounts of South Carolina athletics for 43 years. They both worked in a similar era, Phillips from 1968-03 and Fulton’s longest tenure at South Carolina was from 1967-94 (he also worked for the Gamecocks in the 1950s).

Both men died suddenly. Just 16 hours prior to his passing, Phillips was on the phone with former Clemson two-sport star and good friend Ray Williams scheduling a golf outing for later in the week. Just a day before Fulton died, he was working out at the fitness facility at his assisted living facility in Lexington, SC.

Both men were legendary figures in the history of their respective athletic departments and were honored in many ways. Both were named Broadcaster-of-the-Year in the state of South Carolina on multiple occasions and both were honored with induction into their school’s respective Halls of Fame.

Both men held this legendary status even though they were not natives of the South. Phillips was from Ohio and Fulton was from Pennsylvania. And when you think about it, their abilities to win over their fans despite this lack of a natural geographical connection is another testimony to their success.

Their broadcasting styles never included the word “we” during games. They both came from an era when a broadcaster’s job was to accurately report what was taking place. Neither would be termed a “homer.”

Both men had great respect for each other. I called over 500 events with Phillips, and whenever Clemson played the Gamecocks, he always spent time with Fulton prior to the game. They provided information about their respective teams to help each other with the broadcast, but they also spent some time reminiscing about games, players, and coaches of yesteryear.

The greatest showing of respect took place at the Clemson vs. Middle Tennessee game at Memorial Stadium on September 13, 2003. That contest was played the Saturday after Phillips’ passing. Phillips’ son, Jeff, had asked me to do the play-by-play for that first game in honor of his father, but he also asked me if Fulton could be a part of the broadcast.

Fulton told Jeff and me that he would be honored to be a part of the broadcast. We provided Fulton with a Clemson polo shirt and hat, and we have the pictures to prove it. We all took great pride in the joy that Phillips would have experienced at this sight.

We talked with Fulton about calling a Tiger drive in the second quarter. He had not broadcast a game in nine years, but his voice was still as rich as ever and he never missed a play.

And wouldn’t you know it, the Tigers went 69 yards in nine plays, with Chad Jasmin scoring on a three-yard run. When he called, “Touchdown Clemson,” from Phillips’ seat, it was quite an emotional time in that booth.

At some level, I feel badly for radio broadcasters today, because they will never reach the status of broadcasters from Phillips’ and Fulton’s era. While television certainly existed in their era, there were not many games on. When Clemson won the national title in 1981, only three of the 12 games were televised live.

Tiger fans listened to Phillips call all of those games on the radio. He was their link to Jeff Davis, Perry Tuttle, and Head Coach Danny Ford. When South Carolina had a celebrated 10-2 season in 1984, Fulton was the link for Gamecock fans to Mike Hold, James Seawright, and Head Coach Joe Morrison.

Today, nearly every game is on television, so fewer fans listen to the radio. And there is no connection with television announcers, because you have different broadcasters each week.

So, with the passing of Phillips and Fulton, those of us in our 40s and older lost a part of our youth. Clemson fans remember the great joy they felt when Phillips described Jerry Butler’s catch to beat South Carolina in 1977. Gamecock fans recalled the euphoria they experienced when Fulton described the final seconds of the 1984 game at Clemson to clinch a 10-1 regular season.

Clemson and South Carolina fans today have pictures in their minds of those plays throughout the history of the series. Those pictures are vivid because of the voices of Jim Phillips and Bob Fulton.