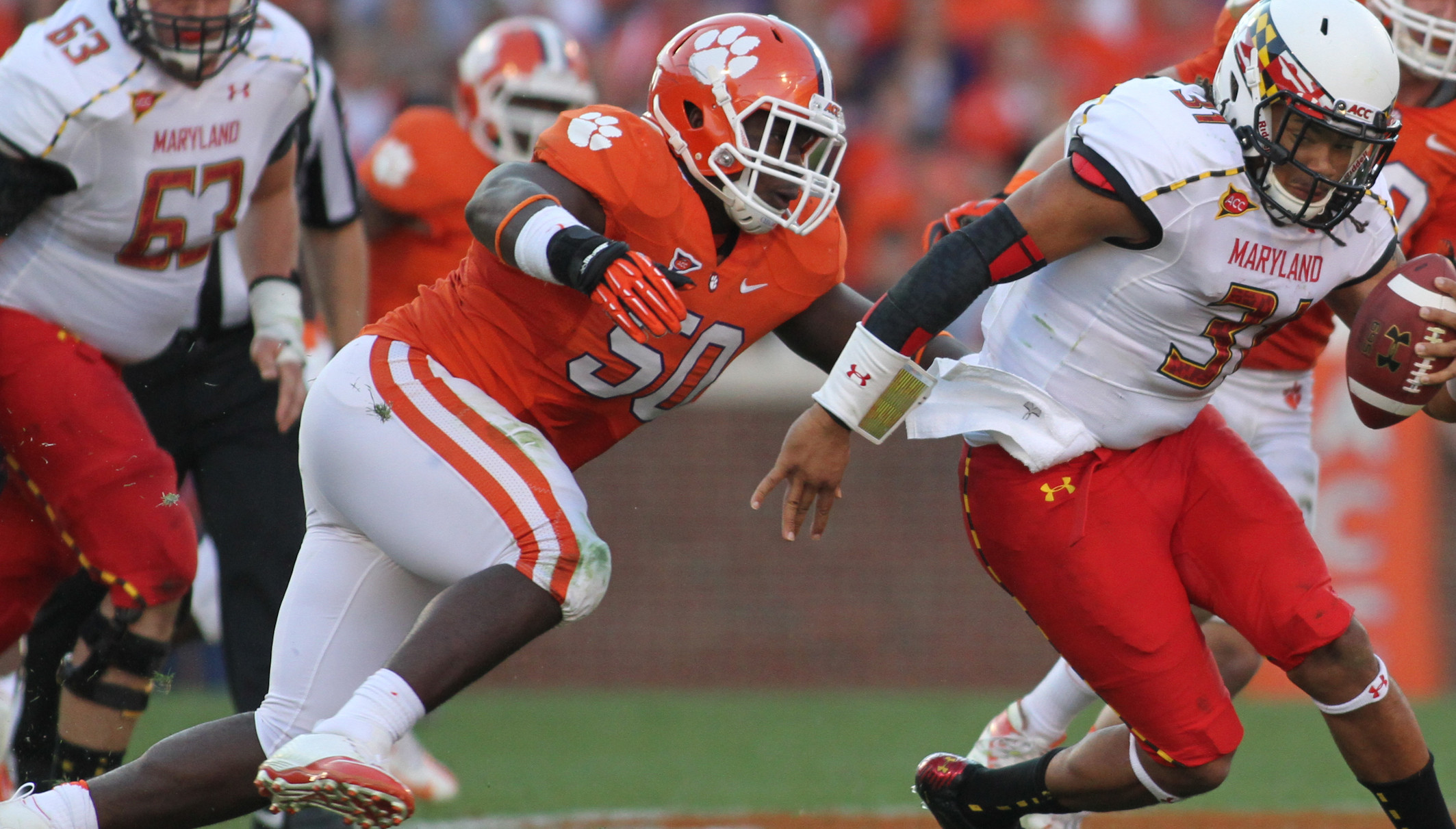 Clemson will take on LSU in the 2012 Chick-fil-A Bowl on Monday, December 31 at 7:30 PM at the Georgia Dome in Atlanta.  Click here to buy your tickets today.

Tigers Begin Bowl Preparations for LSUCLEMSON, SC – Anybody who’s ever taken a vacation from work knows motivation can be an issue when it’s time to go back. Dabo Swinney says he witnessed that firsthand as his team returned to practice Saturday after a two-week layoff since its regular season ended.

“We had a little bit of the cobwebs, of getting-back-going syndrome,” Swinney said. “But I’m glad to get back out on the field and get started with them.”

One thing the Clemson head coach isn’t concerned about, however, is that syndrome turning into a terminal condition.

“Everybody needs a little motivation from time to time, and it’s nothing that a few gassers and up-downs and things like that can’t help,” Swinney said. “Sometimes young people, they don’t always just automatically focus. That’s called coaching. That’s part of our job. I can assure you we had a nice session after practice today.”

Clemson is preparing to face perennial Southeastern Conference powerhouse LSU in the Chick-fil-A Bowl on Dec. 31 at the Georgia Dome in Atlanta. The game is the first meeting of two 10-win teams in 45 installments of the bowl game.

While the game isn’t technically part of the Bowl Championship Series, the matchup is certainly worthy. With the SEC Tigers ranked No. 8 in the final BCS Standings and the ACC Tigers at No. 14, the combined rankings of the teams is better than three of the five actual BCS games.

“We were happy,” junior wide receiver DeAndre Hopkins said of the team learning it would be playing LSU. “We can come back out here and showcase our talent and what we can do to the nation. We’re the only game on the 31st, and all the guys are happy in practice being able to play against this competition. We can’t ask for a better opponent than LSU.”

Hopkins, who finished the regular season with 69 receptions for 1,214 yards and 16 touchdowns, has been named a second-team All-American by four organizations – Phil Steele, CBS Sports, Fox Sports and Lindy’s – since the regular season ended.

“It’s accolades,” he said. “Some people don’t buy into that – I really don’t either – but it’s good knowing that my hard work paid off.”

Hopkins declined comment Saturday on multiple questions about whether the bowl game would be his last in a Clemson uniform. But one player for whom that is not in doubt, senior running back Andre Ellington, said he can sense the time winding down on his college career.

“I’m going to enjoy every day,” he said. “The next step is not going to be like college, you know, just being out here with my brothers every day and just enjoying it.”

One of six players on Clemson’s record-breaking offense to be named first-team All-ACC since the season ended, Ellington said the Tigers had just begun breaking down tape of LSU that morning.

“We watched the Ole Miss game,” he said. “They are kind of similar to our offense. But, LSU is a physical bunch, similar to South Carolina. They fly around and get 11 hats to the ball.”

Perhaps not coincidentally, Ole Miss is the only team to score more than 22 points on the Bayou Bengals’ vaunted defense all season. The Rebels scored 35, albeit in losing fashion.

And while motivation may have been a problem for some of the Tigers on the first day of bowl practice, Ellington indicated he doesn’t expect that trend to continue.

“It should be easy,” he said. “Games like this are why you come to college to play football.”

The Tigers will return to the practice fields Tuesday and continue preparations at home through Dec. 21, then report the day after Christmas to Atlanta, where they will practice three more times before the game on New Year’s Eve.

“This is a huge week,” Swinney said. “It’s very important that between now and next Saturday that we get a lot done … so then when we come back in here Saturday, we don’t have any distractions, there’s no school, there’s nobody here and we can really have basically a week of camp, if you will, to really get the plan buttoned up.