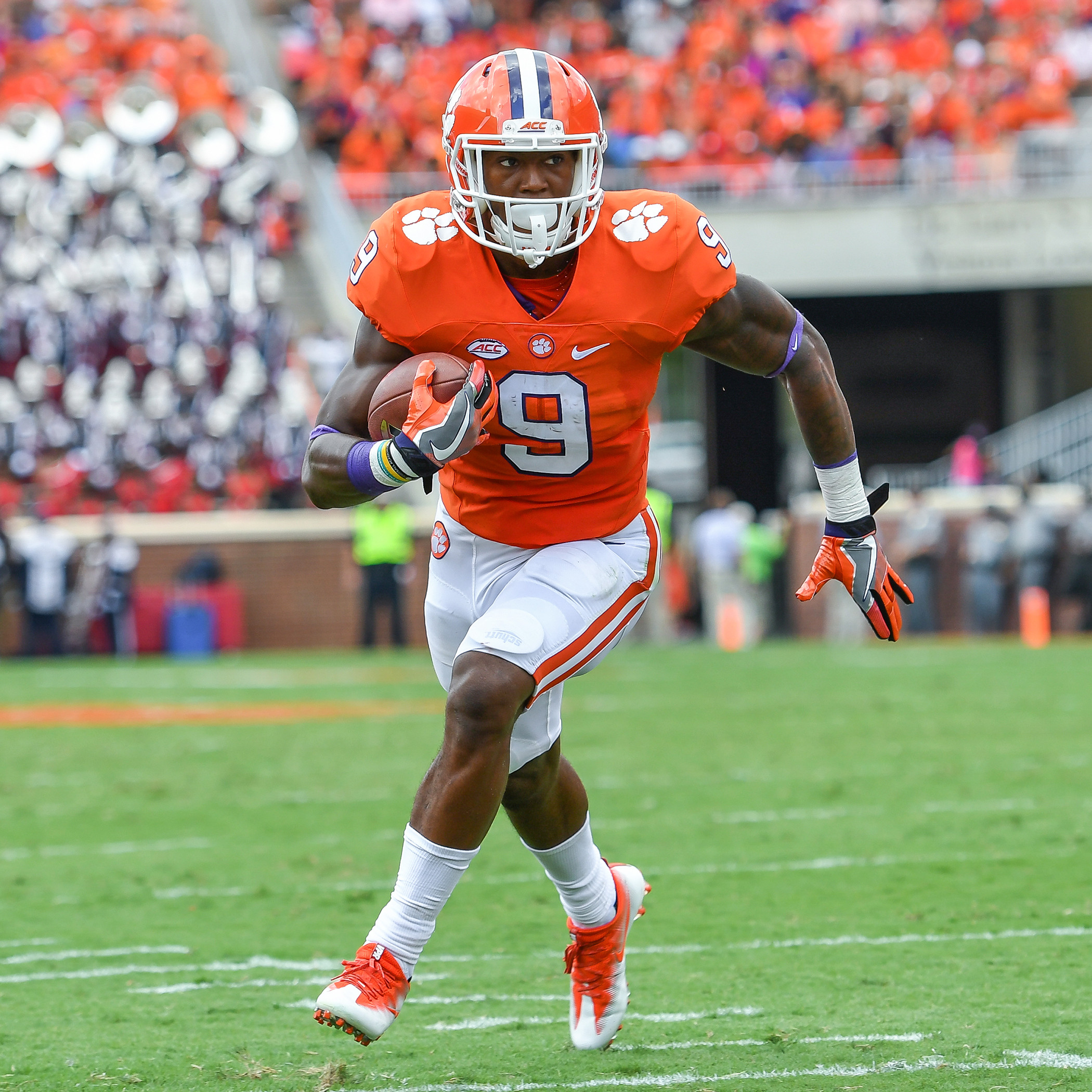 Clemson, S.C.Wayne Gallman, Carlos Watkins and Jordan Leggett were all selected on the final day of the 2017 NFL draft on Saturday. It gave the program six selections for the three days of the draft held in Philadelphia for the first time since 1961.

Clemson’s six selections ranked tied for eighth in the nation. Michigan had the most with 11, while Alabama had 10. Miami (FL) had nine, while LSU, Florida and Utah had eight apiece. Ohio State had seven, while Clemson, North Carolina and Tennessee had six apiece.

It gave the Clemson program 15 draft picks over the last two years, the most for the program in a two-year period since 1983-84 when Danny Ford’s teams had 16.

Gallman was the sixth Clemson running back drafted in the last nine years, and the first Clemson offensive player taken by the Giants since Frank Magwood (WR) in 1983.

Watkins was the fourth Clemson player taken by the Houston Texans since 2013 and he joins Watson as rookies on the Texans team. Last year Houston drafted former Clemson defensive tackle D.J. Reader, while DeAndre Hopkins was the Texans first round selection in 2013. Hopkins has been a Pro Bowl receiver for the Texans.

The Jets have now drafted a Clemson player three years in a row after drafting just two Tigers between 1978 and 2013. Leggett holds the Clemson records for career receptions, reception yards and touchdowns by a Clemson tight end and he is the only two-time Mackey Award Finalist in Clemson history.

On Thursday, Mike Williams was selected with the no. 7 selection of the first round by the Los Angeles Chargers and Watson was the No. 12 selection by the Houston Texans. It marked the first time since the AFL and NFL merger in 1967 that the same school produced a quarterback and a wide receiver within the first 12 picks. It marked the second time in three years, but just the fourth time overall that Clemson had two first-round selections.

Shortly after the draft ended, the Carolina Panthers announced they had signed Clemson All-American linebacker Ben Boulware to a free agent contract, while Jadar Johnson signed with the New York Giants. Artavis Scott will join Mike Williams as a free agent with the Los Angeles Chargers. Quarterback Nick Schuessler signed with the Pittsburgh Steelers. Fifty former Tigers have played in an NFL game as undrafted free agents, including Jeff Bostic, the only former Clemson football player to play on three Super Bowl Championship teams.