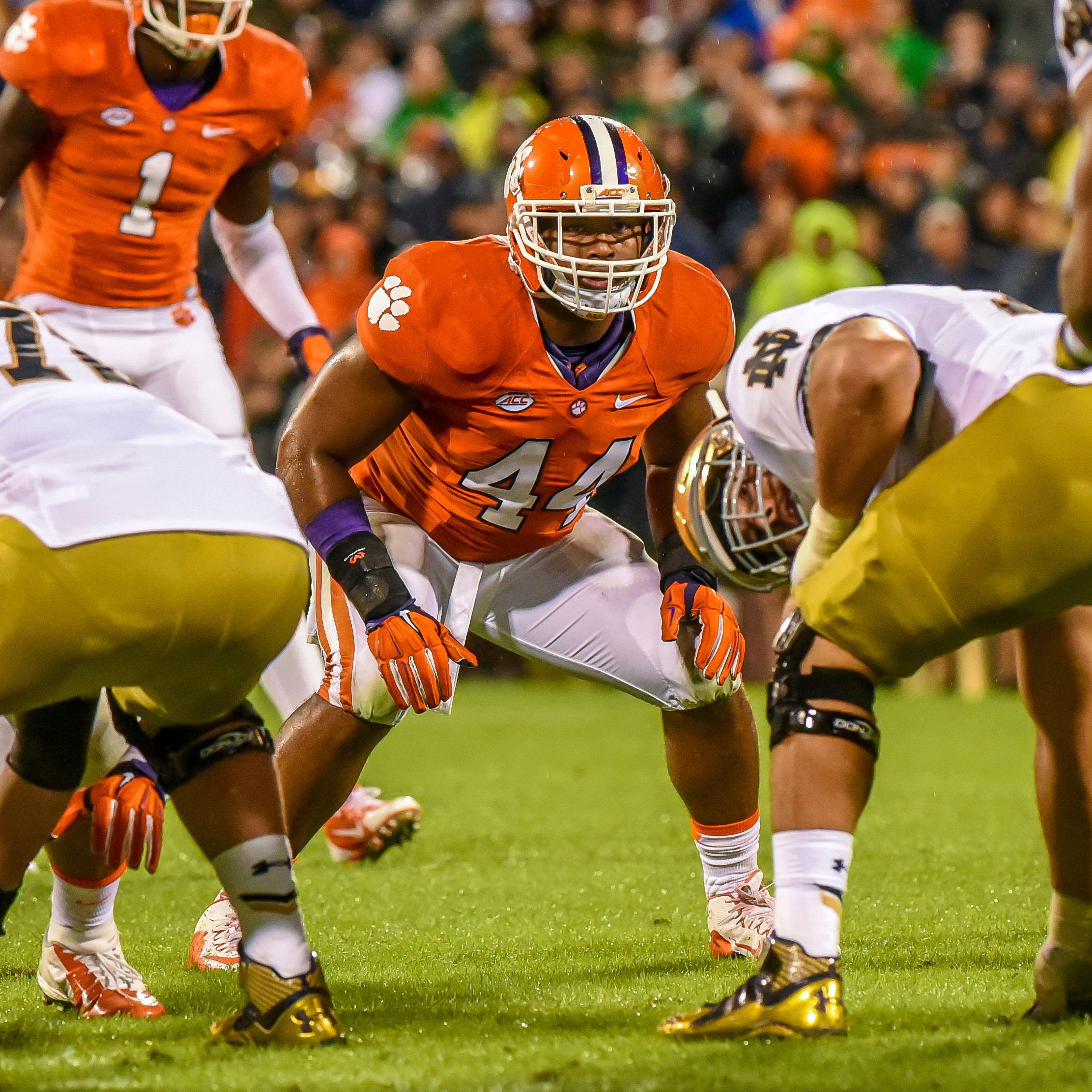 Only Ohio State, with 12 draft choices, had more selections than Clemson.  The only season that Clemson had more draft choices was the 1983 draft when 10 Tigers were selected.  Seven of the nine players selected this year were defensive players, more than any school in the nation this year.  Combined with the four selections last year, Clemson has had 11 defensive players drafted over the last two years, also the most in the nation.

The ACC had 26 players selected overall and Clemson had nine of those selections. No other league school had more than three.

B.J. Goodson (LB) was selected in the fourth round by the New York Giants and D.J. Reader was a fifth round selection of the Houston Texans.  Charone Peake (New York Jets), Jayron Kearse (Minnesota Vikings) and Zac Brooks (Seattle Seahawks) were all take in the seventh round just six picks apart.

Goodson is the 16th Clemson drafted by the Giants, the sixth consecutive defensive player dating to 1983.  Former Tiger defenders Terry Kinard, Ty Davis and Andy Headen all won Super Bowl rings with the Giants. Goodson had 160 tackles last year to lead the Clemson team.  He was a second-team All-ACC selection.

Reader was a starter off and on over the last four years and had 31 tackles this year when he helped Clemson to a 14-1 record and the ACC Championship.   Reader is just the second Clemson player drafted in the short history of the Texans.  DeAndre Hopkins, now a Pro Bowl receiver with the Texans, was selected by the franchise in 2013 in the first round.

Peake and Brooks were the only two offensive players drafted from Clemson.  Peake finished his season strong with 99 receiving yards against Alabama in the College Football National Championship game and he finished his career with 99 total receptions.  Brooks was not invited to the NFL Combine last February, but he was selected in the seventh round by Seattle.  He was Clemson’s third leading rusher in 2015.

Jayron Kearse was taken in the seventh round by the Vikings, giving the Minnesota franchise two new defensive backs from Clemson.  It marked the second straight year an NFL franchise had taken two Clemson players who play the same position. On Friday, MacKensie Alexander was taken by the Vikings.  Last year the Falcons drafted Clemson defensive linemen Vic Beasley and Grady Jarrett.

•Clemson’s four selections within the first three rounds were the fourth most in the nation.  Ohio State led with a record 10, Alabama had 7 and Notre Dame had six.

•With the selection of Shaq Lawson and Kevin Dodd, Clemson has had seven defensive ends selected in the last seven years.

*With the selection of MacKensie Alexander, T.J. Green and Jayron Kearse, Clemson has had 11 defensive backs selected in the last eight years.

•Clemson is now third among ACC schools in history in first round selections (27) and total draft choices (237).