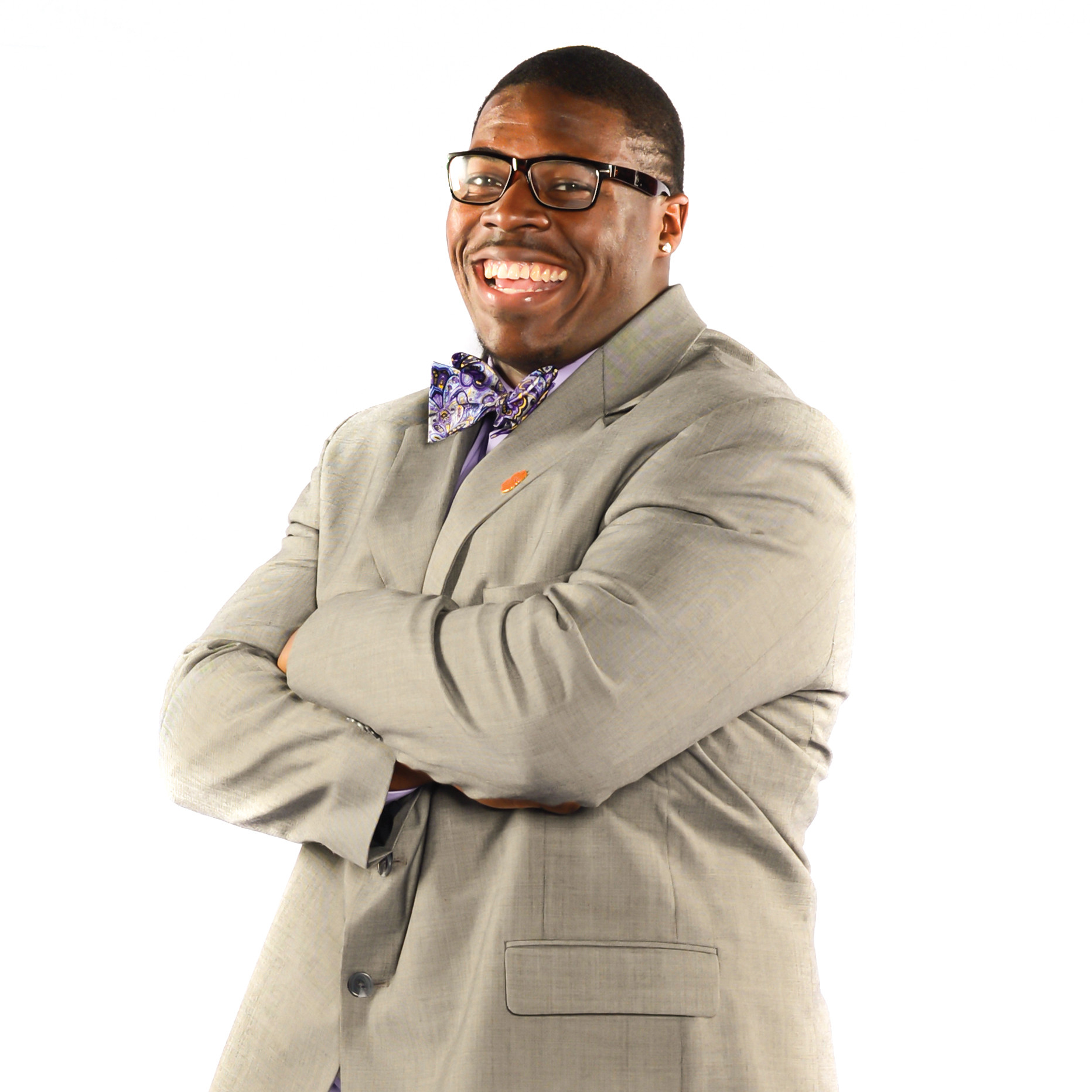 DeShawn Williams bleeds orange. The native of nearby Central, S.C. grew up minutes from campus, hearing about his father’s playing days under Head Coach Ken Hatfield.

Ronald Williams played at Clemson from 1990-92 and was the ACC Rookie-of-the-Year when he rushed for 941 yards, still the most in school history by a first-year freshman. He also earned All-ACC honors in 1990 and 1991.

For Williams, Clemson is all he knows, and he is perfectly fine with that.

“I’m not ashamed of being from Clemson, though people give me a hard time about it sometimes and ask why I didn’t go somewhere else,” admitted Williams. “But all I said was, ‘Why not come to Clemson?’ Plus, it was a big positive because I could stay around my family.”

Williams grew up idolizing his father and some of his teammates, players like Wayne Simmons, Levon Kirkland, Ed McDaniel, Brentson Buckner, Chester McGlockton, DeChane Cameron and Terry Smith (late father of current Florida State linebacker Terrance Smith). Williams knew if he got the chance to be a Tiger, he would take the opportunity and run with it.

“I wanted to be just like them,” stated Williams.

So when it came time for Williams to visit colleges and attend camps, naturally he started at the big school down the road.

“I came to the Clemson camp the summer before my sophomore year of high school,” said #99. “I remember it like it was yesterday. I did well and Coach (Dabo) Swinney offered me in his office after camp. I committed on the spot, but Coach Swinney told me to sleep on it and make sure I was ‘All In.’

“I was going to go to the Alabama camp the next day and didn’t sleep a wink that night thinking over my decision. I decided to let God decide what was best for me. When I woke up, I saw on ESPN that Alabama was on probation, and that was my sign. I was ‘All In’.”

“They sent me mail, but I think they knew how solid I was with my commitment to Clemson, so they backed off.”

Williams comes from a close-knit family, and staying close to home was a positive for the defensive tackle.

“It’s big to be so close to home and have my family support me every weekend,” continued Williams. “I’m a ‘mama’s boy,’ and not ashamed to admit it.

“To have my mom able to come to all my games is big. Also, knowing my house is so close and I can go home whenever I want to is nice. A lot of my teammates can’t do that.”

In case Williams ever forgets how close to home he really is, he just has to stare around at his teammates for a reminder. There are currently seven players on the team from Daniel High School and plenty who have come through before Williams.

“It’s awesome to see all the guys from Daniel coming to Clemson. It’s ridiculous how many Daniel guys are on this team.”

Williams still has not fully grasped that he is a senior and this is his last go-round, but he vows to play his heart out in his final game in Death Valley.

“It hasn’t hit me yet, but I know it will,” he reflected. “Knowing that it’s real makes me want to work that much harder and make sure I leave it all on the field. I want people to remember me for that…leaving it all on the field and playing with great enthusiasm.”

When asked what he would miss most about Clemson, Williams took a moment before replying, “my teammates.” In particular, he possesses a special bond with the other Tiger senior defensive linemen.

“We are a close-knit group and we all want each other to succeed. It’s hard to believe all the senior defensive ends and defensive tackles will be leaving. It’s unreal and it hasn’t hit me, but it will. Knowing that I have shared blood, sweat and tears with these guys in the weightroom, at practice, in games and that we have to part ways soon is tough.

“We all came in together. During our sophomore year, people called us the weak link of Clemson’s team, but they didn’t know how good we would become. We made a promise that year that we wanted to take over. We have gotten better each year, and I hate to see it end.”

The senior realizes Clemson has made him a better player, but also a better man. He will take more than football knowledge with him when he leaves.

Williams will graduate in December with a degree is sociology after just three-and-a-half years.

“Coach Swinney loves to have his players graduate, and with as big a class as we have, I think he will be really pleased to see us graduate. I’m looking forward to the smile on his face.”

Williams will get to run down the Hill with his teammates for the last time Saturday, and he plans to take the moment in.

“Watching games on TV, you look at it and hear the announcers talk about how it’s ‘the 25 most exciting seconds in college football,’ and you just say, ‘Wow, I want to do that.’ For me to get to do it is so surreal…words can’t describe it. You’re on top of everything with 80,000 people cheering for you and you’re looking out into a sea of orange. You lose your breath taking it all in.”

Williams will do just that one final time this weekend. It will be an experience he will remember the rest of his life.