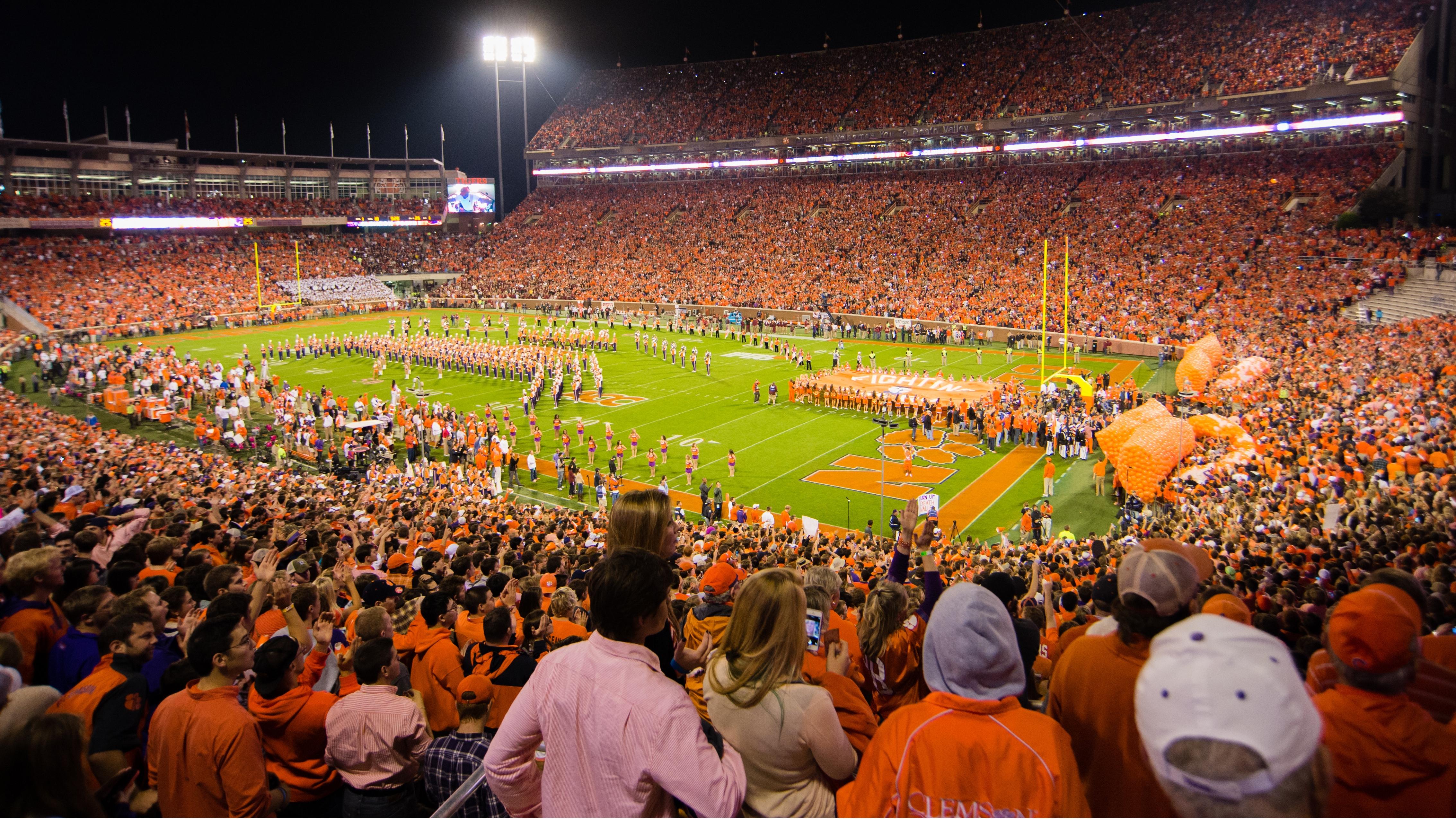 CLEMSON, SC – Clemson averaged 82,048 fans per game during the 2013 football season, a record for the program that has called Memorial Stadium home since 1942. The NCAA recently released official attendance statistics for the 2013 season.

On a national basis, Clemson’s 82,048 per home game figure was 15th best in the nation and best in the ACC. Florida State was second among ACC teams with a home attendance average of 75,421. The 2013 season marked the 33rd consecutive year Clemson has finished in the top 20 nationally in average home attendance.

As far as total attendance for all 13 games, 932,224 fans attended Clemson games this past season, 19th best in the nation. It was the 15th highest total among schools that played 13 games or less.

The 932,224 fans who attended Clemson’s 13 games this year ranked as the second most in school history. The only total that is higher was the 997,786 fans who watched the Tigers play in 2011, a season Clemson played 14 games.