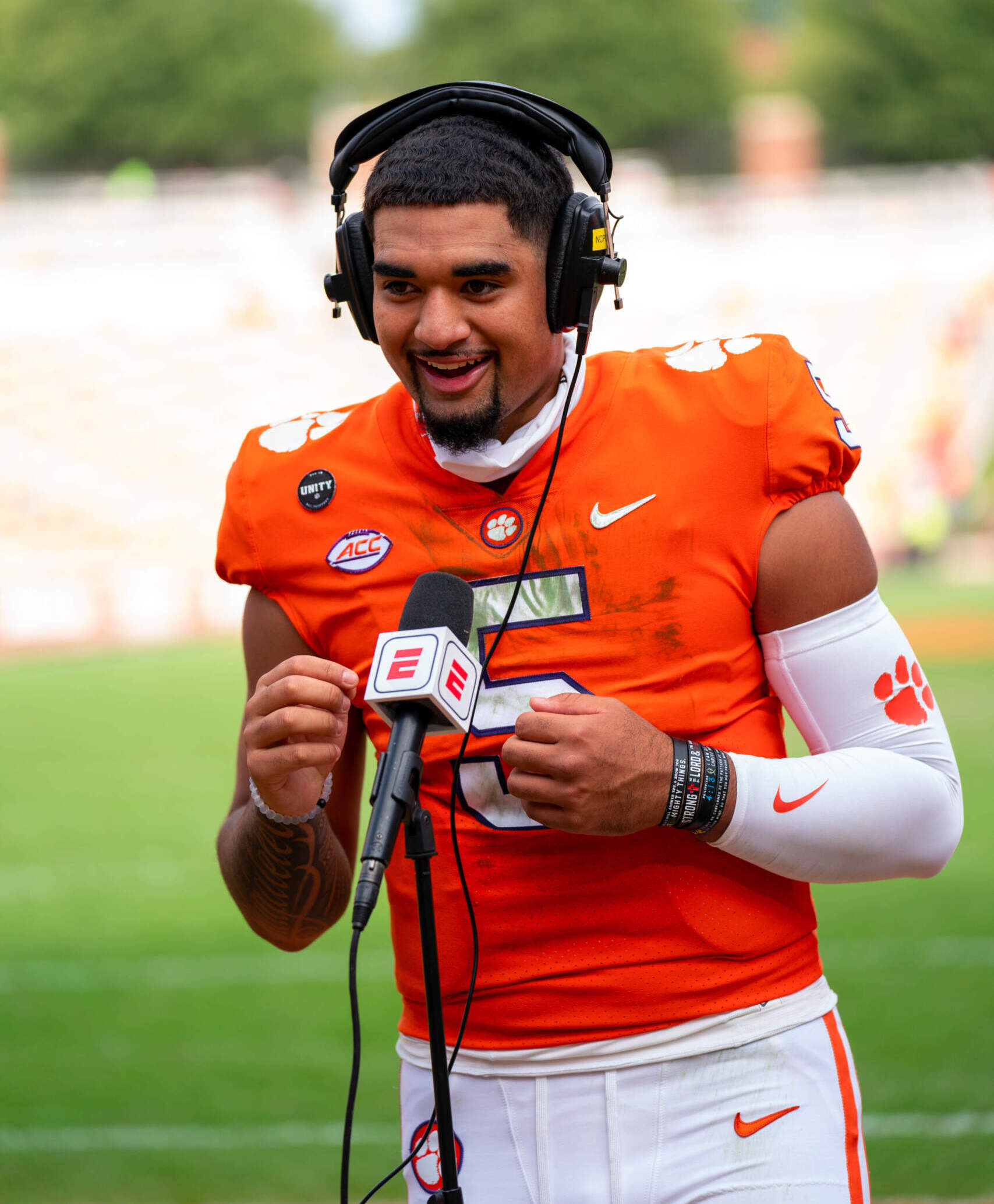 The Football Writers Association of America announced today that Clemson has been named one of 11 recipients of its 2020 Super 11 Awards, presented annually to football programs and sports information departments that exemplify excellent media relations.

“We are incredibly grateful to media members for their coverage of the 2020 Clemson Tigers as well as the flexibility and commitment to storytelling they showed in the face of adverse circumstances,” Clemson Assistant Athletic Director for Football Communications Ross Taylor said. “I am also incredibly appreciative of our administration, coaching staff, student-athletes, communications staff, medical personnel and others for their enormous lift during the 2020 season in helping to ensure that we still provided first-class access and insight despite the difficulties we all faced in 2020.”

Additional information from the FWAA is included below.

DALLAS (FWAA) – The 2020 college football season was unprecedented in the modern era with the effects of COVID-19 disrupting the schedule and forcing sports information departments to alter the ways they conducted business. In an effort to reflect the trying situations, the Football Writers Association of America is honoring departments and individuals who stood out in their performances in getting the job done and others who were nominated by FWAA media members for strong access.

The FWAA is also issuing Special Merit Awards to the media information staffs of the Cotton and Rose bowls for their efforts in hosting the Rose Bowl Game in Arlington, Texas, when it had to be moved from Pasadena because of health restrictions in California.

Likewise, San José State receives a Merit Award. The Spartans’ winding road to a banner season included scheduling summer conditioning and preseason workouts around the impacts of climate change, unhealthy air quality index readings and the Northern California wildfires; training 325 miles away from home less than three weeks before the start of the abbreviated season; and providing media services as a host SID in football facilities without spectators at home in San José and in Nevada at Las Vegas’ Sam Boyd Stadium based on local, county and state COVID-19 protocols.

In addition, for the third straight year the FWAA presented a Super 11 Coach of the Year Award. The 2020 recipient is Indiana’s Tom Allen, who granted outstanding access to his program. The Indiana sports information department was also named to the Super 11.

As for the other 10 schools, Penn State was an early leader in virtual access via Zoom calls and continued throughout the season. Similarly, Appalachian State, Boston College, Clemson, Colorado, Kansas State, Kentucky, Nebraska, North Carolina and West Virginia were strong in access to players and coaches.

Colorado’s staff was particularly helpful in helping CoSIDA lay down guidelines for press boxes in 2020 as well as making its FWAA Freshman Coach of the Year Karl Dorrell available. Clemson was lauded for its handling of Trevor Lawrence’s campaign for social justice as well as general transparency on other issues involving the football team.

“This (2020) was a different kind of year, obviously,” FWAA Executive Director Steve Richardson said. “We tried to honor schools who went the extra mile in player and coach access remotely in most cases or to help writers in a scrambled season.”

Clemson and Colorado each won for an eighth time. It was Clemson’s sixth straight award and Colorado’s seventh award in eight seasons.

In January 2009, the FWAA began the Super 11 Awards. The concept has been supported and endorsed by the College Sports Information Directors of America (CoSIDA), many of whom are members of the FWAA. The FWAA has now awarded Super 11 to 74 different schools in the 12 years of the program.

The Football Writers Association of America, a non-profit organization founded in 1941, consists of more than 1,300 men and women across North America who cover college football for a living. The membership includes journalists, broadcasters and publicists, as well as key executives in all the areas that involve the game. The FWAA works to govern areas that include game-day operations, major awards, a national poll and its annual All-America teams.