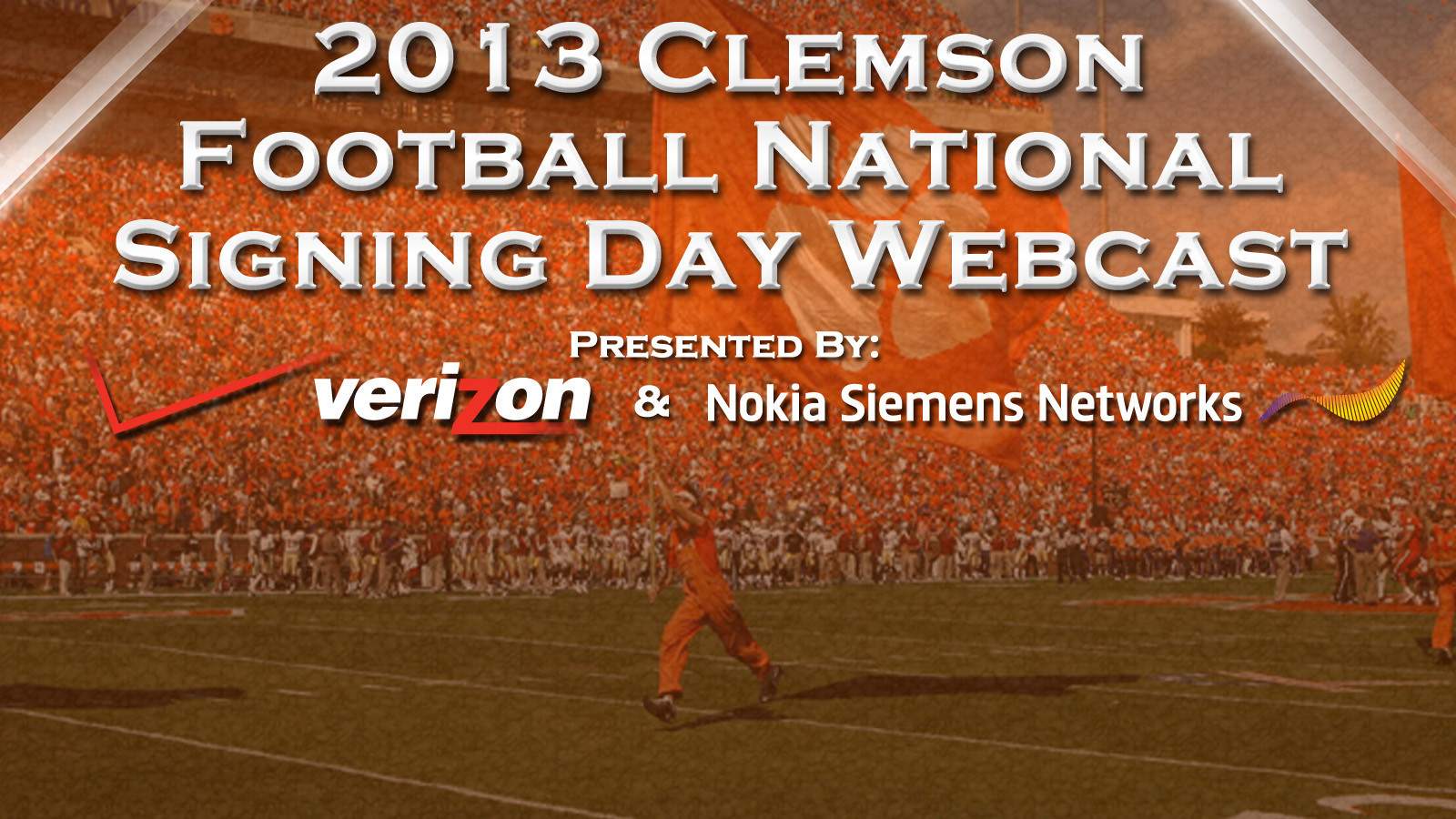 The Clemson Athletic Department is proud to announce that it will offer the 2013 Clemson Football National Signing Day Webcast Presented by Verizon and Nokia Siemens Networks on Wednesday, February 6.  The show, in its second year, will once again be broadcast live, for free, via TigerCast on ClemsonTigers.com.  This year, fans will also be able to view the show on their iPad, using the newly-released Clemson Tigers iPad app.

The show will be broadcast from 9:00 AM to 1:00 PM, and will include live reporting about Clemson’s signees, as it becomes permissible to announce them.  The show will also feature interviews with Head Coach Dabo Swinney and all nine assistant coaches on the Clemson football staff, including Recruiting Coordinator Jeff Scott, Offensive Coordinator Chad Morris and Defensive Coordinator Brent Venables.

Director of Athletics Dan Radakovich and Director of IPTAY Annual Fund Travis Furbee will also appear for live interviews on the show, which will be hosted by Director of Creative Media Services Don Munson.  In addition, the show will feature updates on players that have signed with the Clemson men’s and women’s soccer teams, as it is permissible to announce them.  The four-hour broadcast will conclude with an interview with Head Coach Dabo Swinney.

Fans will have the opportunity to submit questions via the Clemson Athletics Facebook Page or the Clemson Athletics Twitter Page to be answered on air.  Fans that submit questions via Facebook or Twitter will have the opportunity to win one of four prizes.  Three Verizon devices and one iPad will be given away, one item during each hour of the broadcast.

As in the past, ClemsonTigers.com will also produce a Signing Day Central webpage, which will contain the most up-to-date information on Clemson’s 2013 football recruiting class.  The page will be updated as each National Letter of Intent is received and fans will be able to read about the new Tigers as they sign with Clemson.