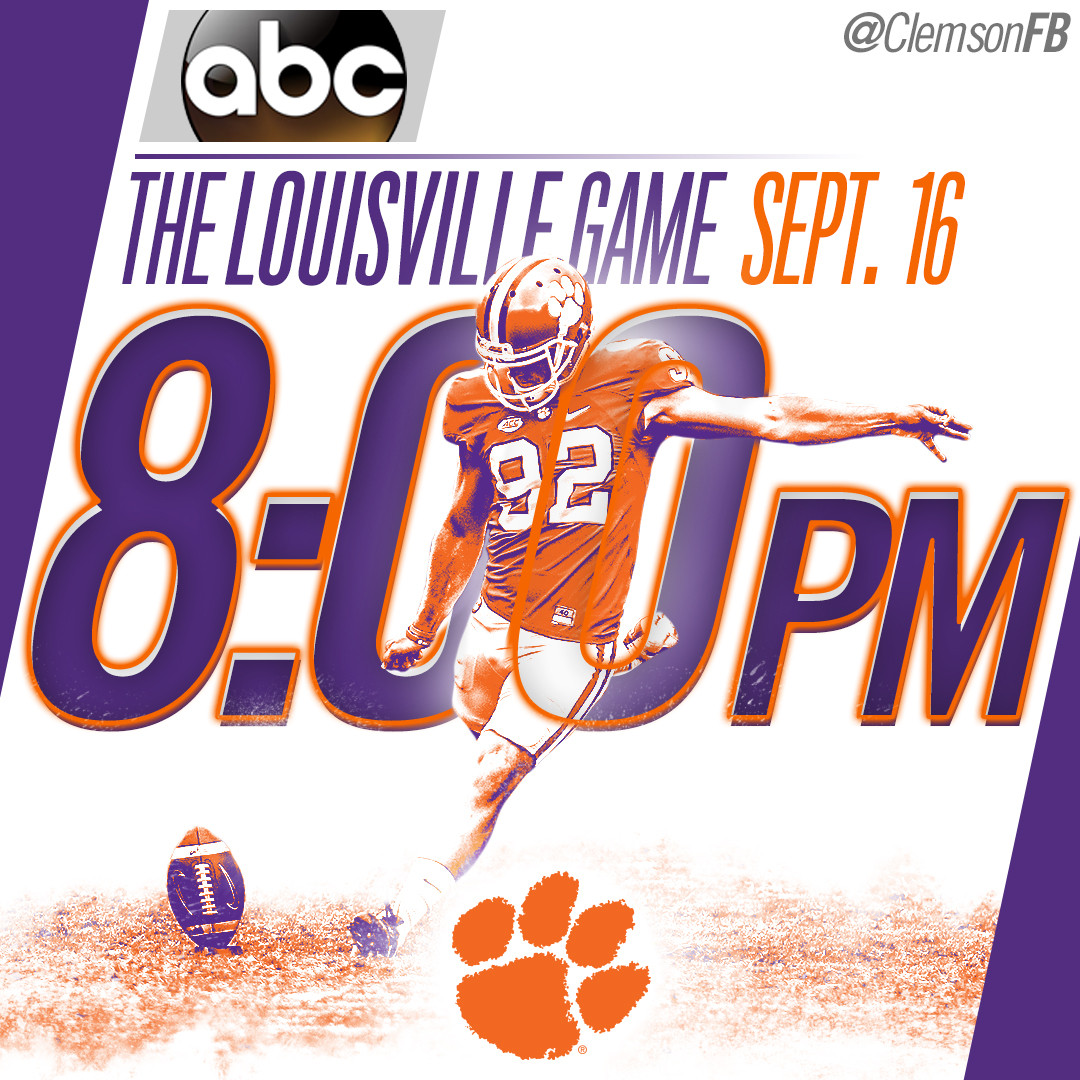 Clemson, S.C.—Clemson’s football game at Louisville on September 16 will kickoff at 8 p.m.   The contest was originally scheduled for a 3:30 p.m. kick, but was moved to 8 p.m. after the Miami (FL) vs. Florida State game was moved to October as the result of Hurricane Irma.

Saturday’s contest between the No. 2 ranked (USA Today) Tigers and the No. 14 Louisville team will be televised nationally by ABC.   Both teams enter the contest with 2-0 records.