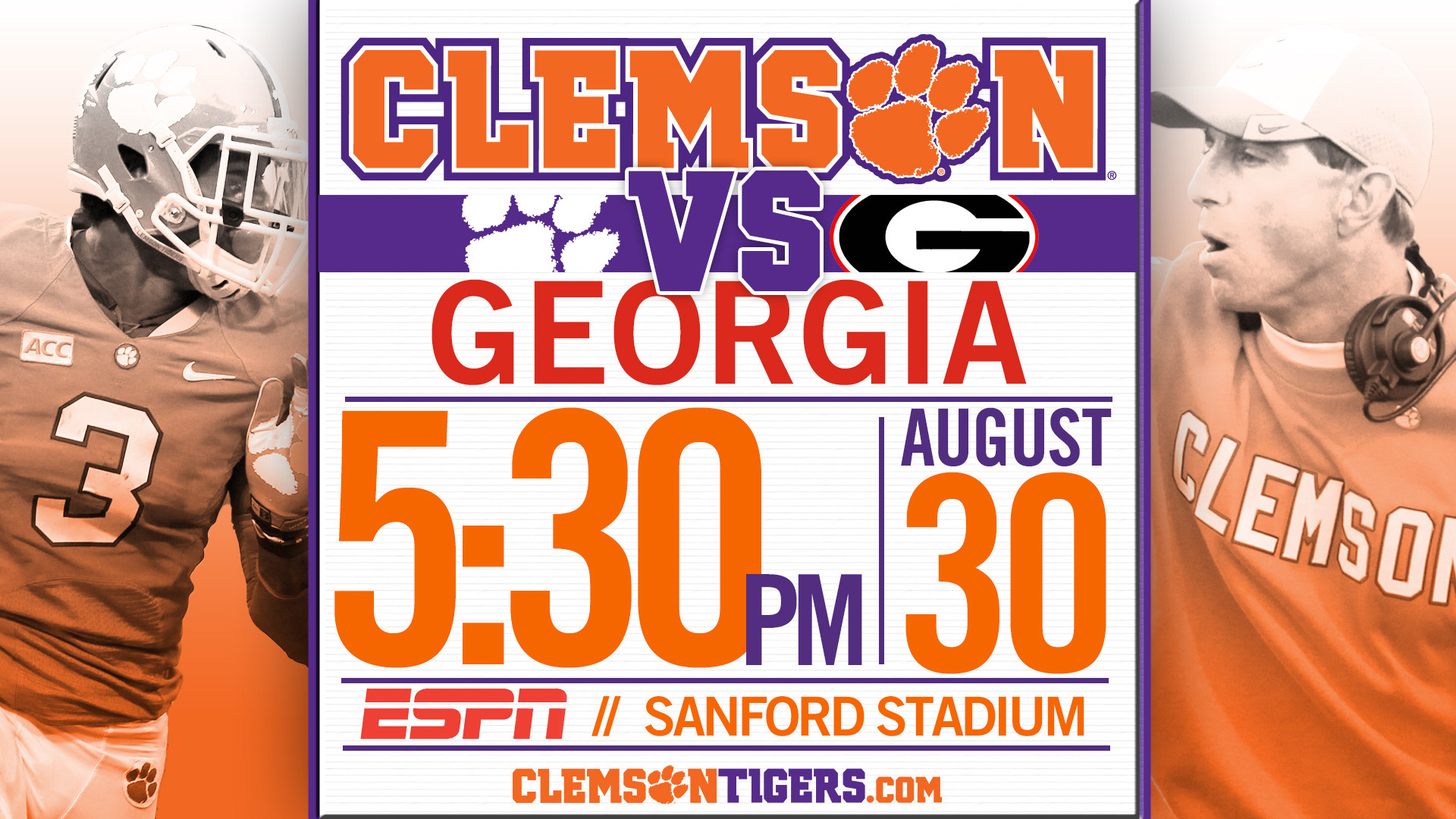 Clemson at Georgia Slated for 5:30 p.m. Start on ESPN

CLEMSON, S.C. – The Clemson at Georgia football game that will open the season for both teams on August 30 will start at 5:30 p.m. and will be televised by ESPN. The SEC and ESPN made the announcement this afternoon.   This will be the second consecutive year Clemson and Georgia open their respective seasons by playing each other. Last year the Tigers won the season opener 38-35 at Clemson in a nationally televised game on ABC.   The start time for Clemson’s first two games has now been announced. Earlier the ACC announced that Clemson’s home opener against South Carolina State will begin at 12:30 p.m. and will be televised by the ACC Network.  Clemson’s November 6 game at Wake Forest, a Thursday contest, will start at 7:30 p.m.