CLEMSON, S.C. — No. 1 Clemson (2-0, 1-0 ACC) won its home opener on Saturday at Memorial Stadium, defeating The Citadel by a score of 49-0. The victory marked Clemson’s 31st consecutive regular season win, passing the 2013-15 Florida State Seminoles for the longest such streak in ACC history.

Quarterback Trevor Lawrence went 8-of-9 passing for 168 yards and three touchdowns. He also ran the ball into the end zone for a fourth consecutive game, dating to last season. Freshman quarterback D.J. Uiagalelei scored his first Clemson touchdown on a 1-yard run in the second quarter, his first of two scores on the ground.  Clemson’s defense held the Bulldogs to just 162 total yards and added a score of its own when linebacker James Skalski returned a fumble 17 yards for the first touchdown of his career. Freshman Myles Murphy added two tackles for loss and forced the fumble that led to the Skalski scoop-and-score.

Clemson opened the game with a seven-play, 75-yard scoring drive capped by a 17-yard touchdown pass from Lawrence to Frank Ladson Jr. A Bulldogs punt led to a 44-yard touchdown strike, this time to Amari Rodgers.

The Tigers cruised to the victory in a scoreless second half highlighted by three Bulldog 3-and-outs. Clemson’s defense forced 10 total punts on the day as well as a turnover on downs in the shutout.

Clemson has an open date next week prior to returning to action against Virginia at Death Valley on Saturday, Oct. 3. Kickoff time and the television information for that game are still to be announced. 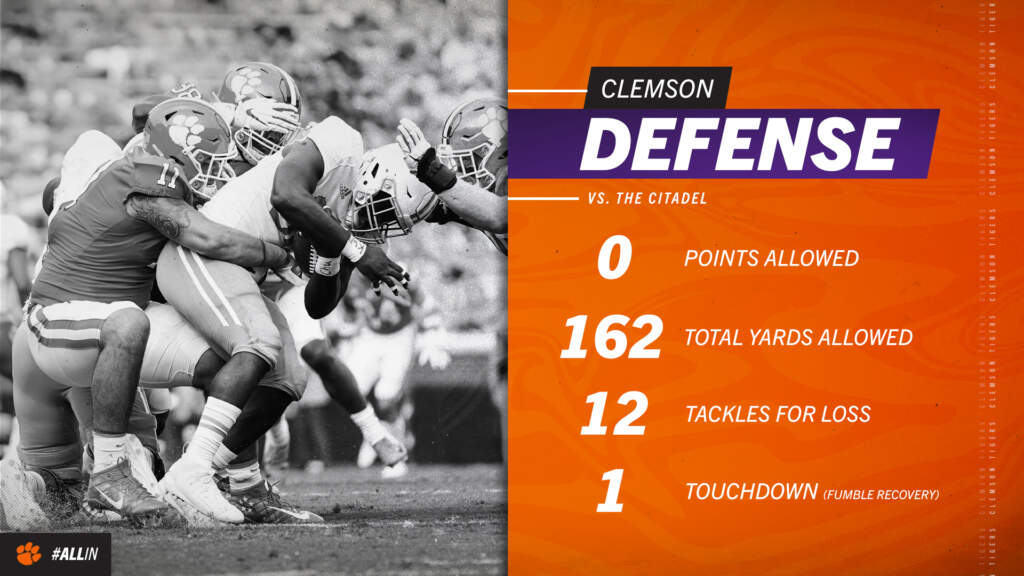 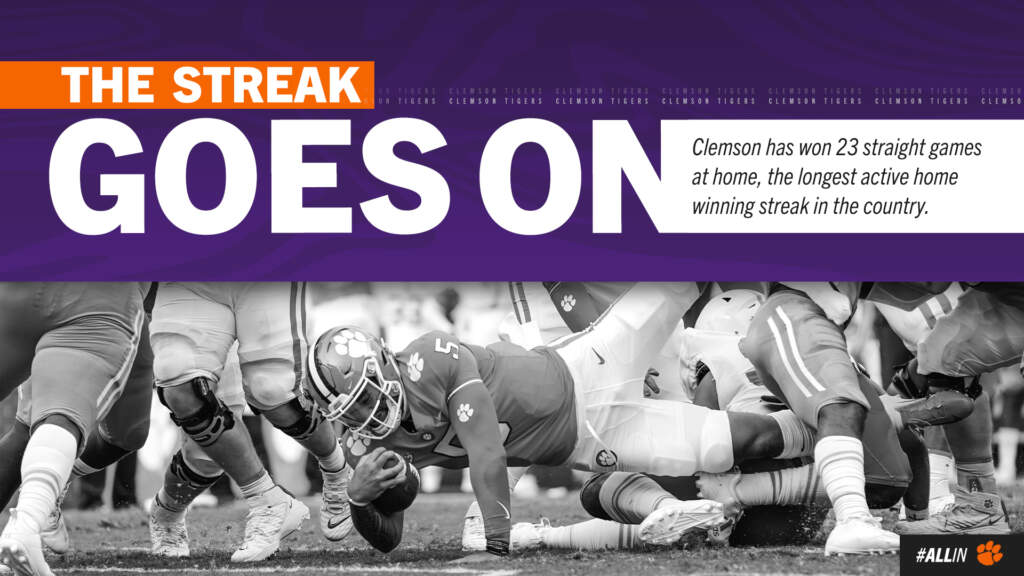