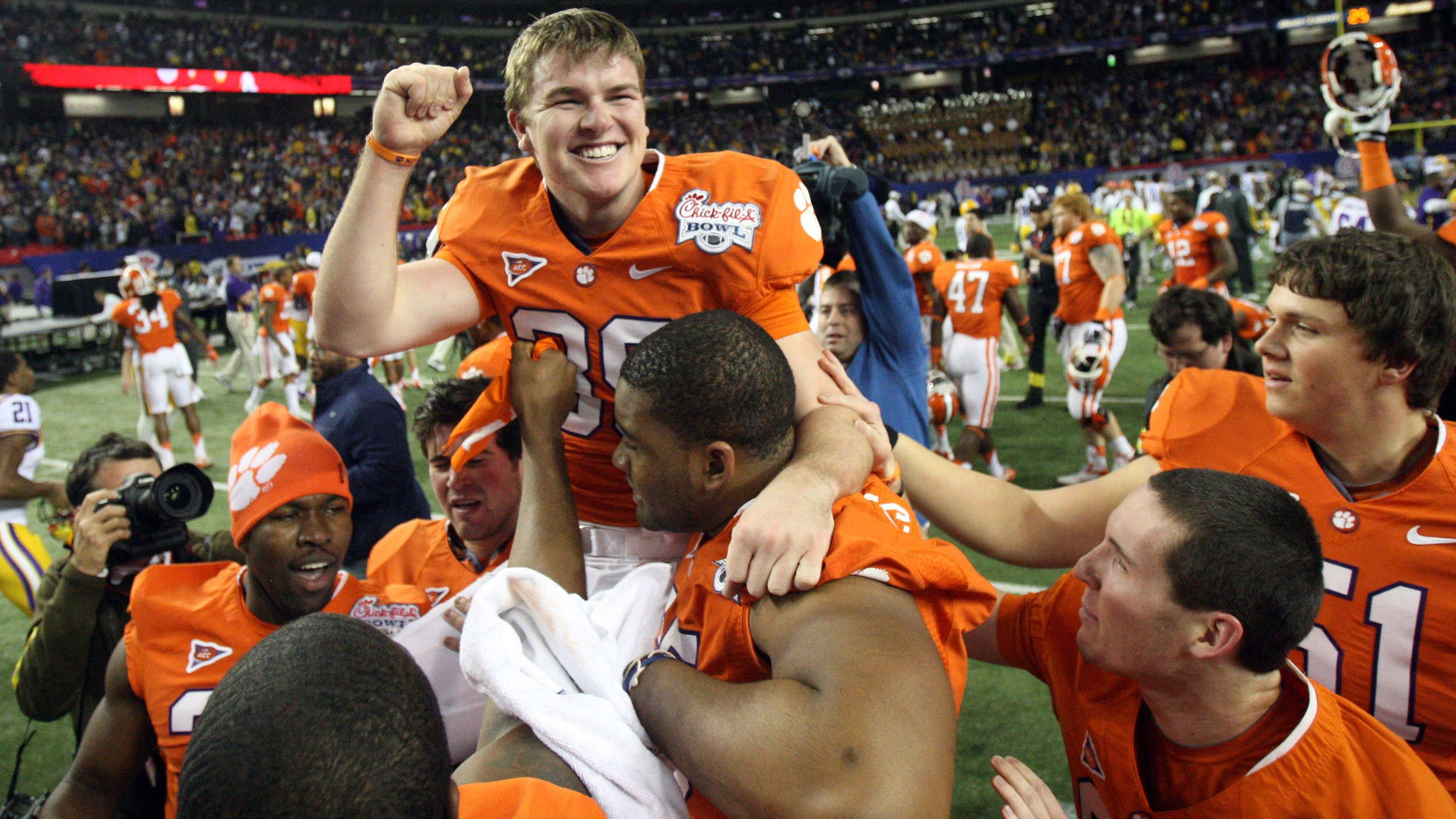 CLEMSON, SC – Clemson graduate kicker Chandler Catanzaro has been named one of 30 kickers from around the nation to the Lou Groza Watch List for 2013. The Groza Award is named after Hall of Fame Kicker Lou Groza, who played 21 years in the NFL for the Cleveland Browns.

Catanzaro is one of four ACC players on the list. The others are Boston College senior Nate Freese, Virginia Tech senior Cody Journell and Duke sophomore Ross Martin.

Clemson has never had a Groza Award winner, but Jad Dean was a finalist in 2005.

Catanzaro had an outstanding 2012 season, as he made 18-19 field goals and led Clemson in scoring with 111 points. He made 5-6 field goals of 40 yards or more and was 57-59 on extra points. His .947 field goal percentage was the best in Clemson history for a season.

For his career, Catanzaro has made 20-27 field goals of 40 yards or more, and needs just four from that distance to break Chris Gardocki’s record set between 1988-90. Catanzaro holds 10 Clemson records, including consecutive made field goals when he had a streak of 20 in a row over the 2011 and 2012 seasons. He also has the school record for consecutive games scoring a point with 40 in a row entering this year.

Catanzaro’s last kick of the 2012 season was his most memorable, a 37-yarder on the last play of the game to beat seventh ranked LSU in the Chick-fil-A Bowl, 25-24.