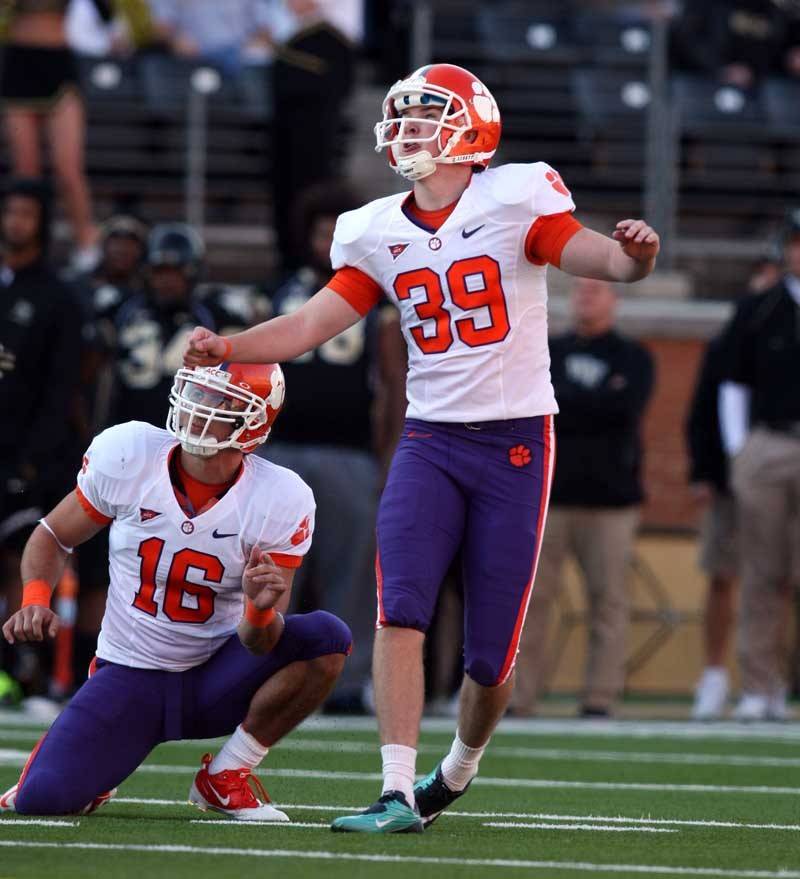 CLEMSON, SC – Clemson kicker Chandler Catanzaro is one of 30 players on the Watch List for the 2012 Lou Groza Award. Catanzaro made the list of semifinalists for the award last year when he was a second-team All-ACC kicker and helped the Tigers to the ACC Championship.

He made each of his last eight field goals of the season, including four from 40 yards or more. Included in that streak was a 43-yarder on the last play of the game against Wake Forest, a kick that gave Clemson a 31-28 victory and the Atlantic Division championship. It was the first walk-off field goal by a Clemson player in the history of Memorial Stadium.

The rising junior from Greenville, SC was also selected to the Academic All-ACC team in 2011.