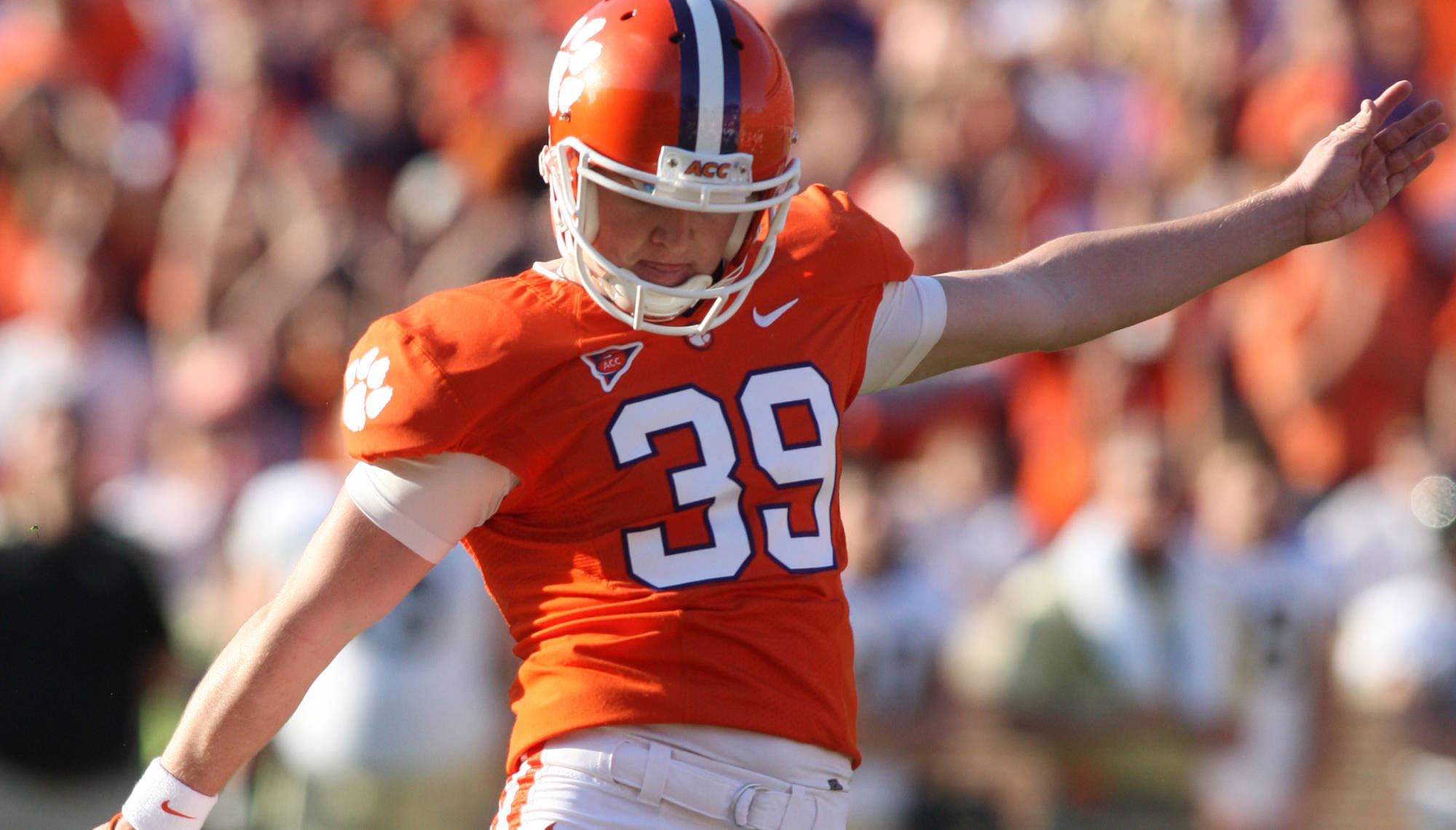 CLEMSON, SC – Clemson kicker Chandler Catanzaro has been named one of 20 semifinalists for the Lou Groza Award. It is the second consecutive year he has been named to the final 20.

Catanzaro, a native of Greenville, SC, is Clemson’s leading scorer with 79 points this year. He has made 12-13 field goals and 43-44 extra points for a Clemson team that is ranked eighth in the latest USA Today Coaches poll and 10th by Associated Press.

He is 18-25 on field goals of 40 yards or more, the top percentage in Clemson history.