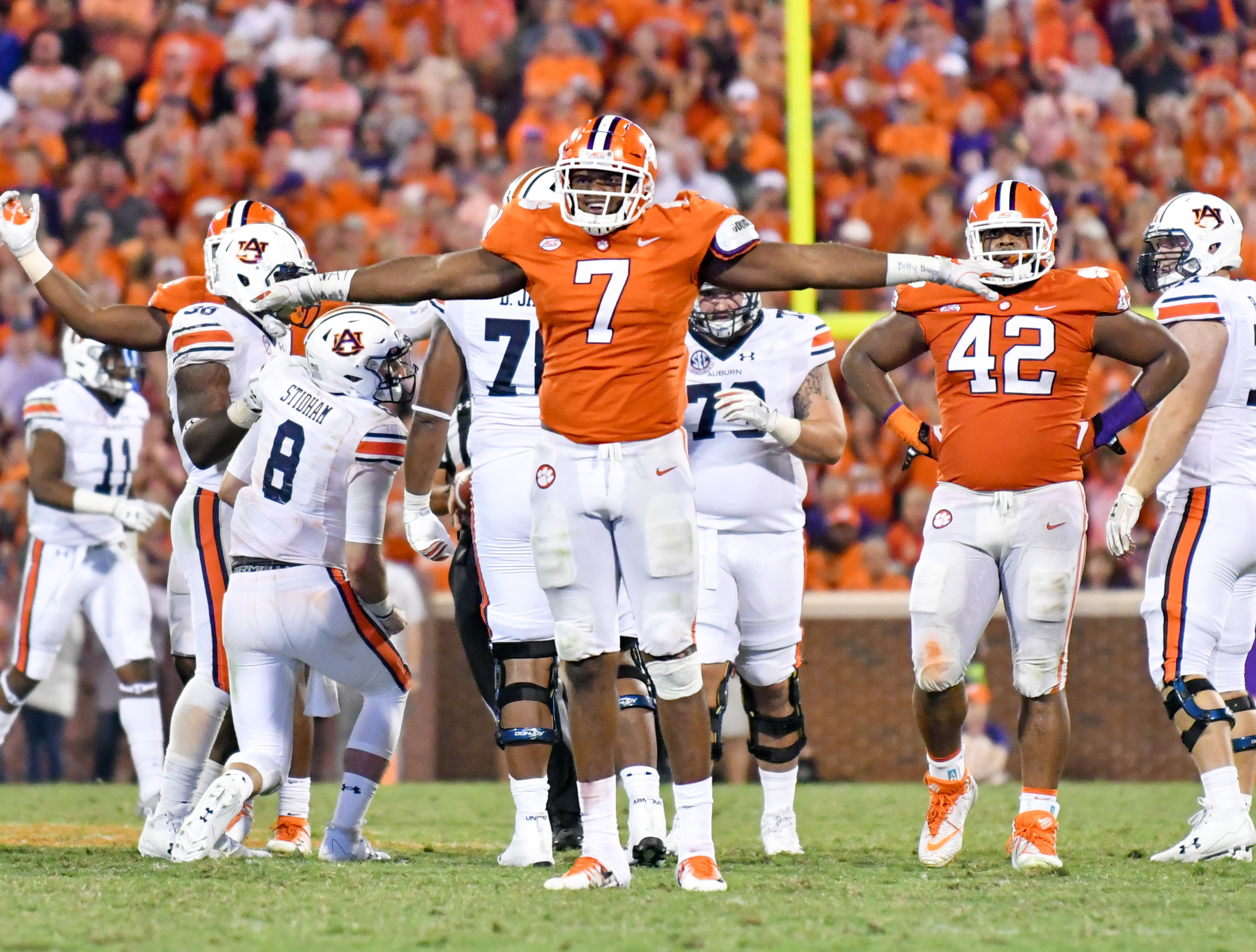 Clemson, S.C.—Clemson defensive players Austin Bryant and Dorian O’Daniel were both honored as players of the week by the Atlantic Coast Conference on Monday.   Both were key reasons Clemson defeated 13th ranked Auburn 14-6 on Saturday. It was the first ACC Player of the Week selection for both players.

It marked the first time Clemson had two defensive players named ACC Players of the Week for the same game since 2015 when B.J. Goodson and Kevin Dodd were both named for their performance against Notre Dame.

Bryant was named the ACC Defensive Lineman of the Week for his performance that included a Clemson record tying four sacks and seven total tackles. The four sacks tied the Clemson single game record that was also recorded by Keith Adams vs. Duke in 1999 and Andre Branch vs. Virginia Tech in 2011.

O’Daniel had a career high 14 tackles in the win Auburn. The native of Maryland had 10 first hits and four assists in recording just the second double figure tackle game of his career.   O’Daniel was a big reason Clemson held Auburn to just 117 yards total offense, just 38 yards on the ground in 42 rushes.