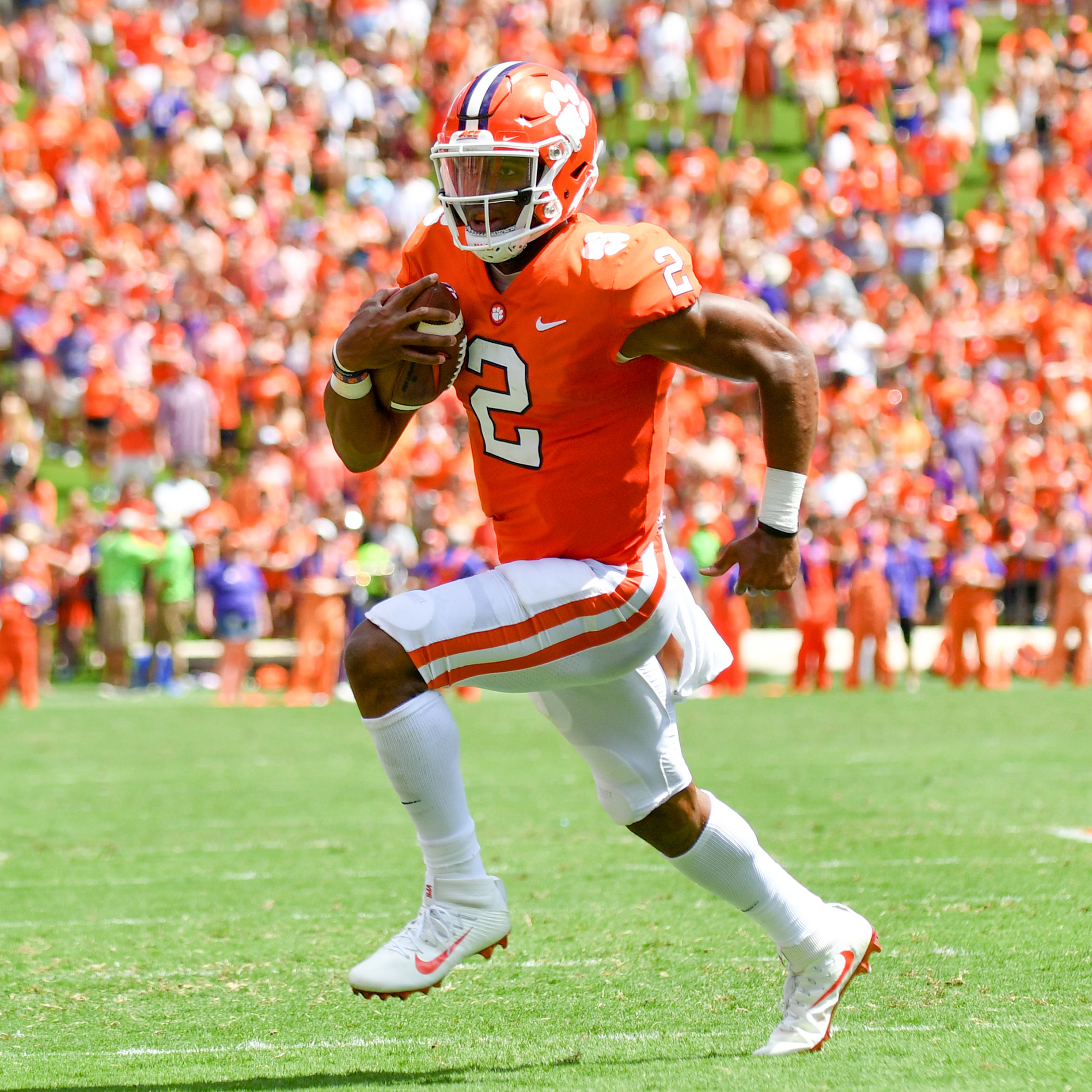 Clemson, S.C.—Clemson quarterback Kelly Bryant has been named one of 11 finalists for the 2017 Manning Award. The winner will be announced after the bowls in January and will be honored at a ceremony in New Orleans.  Former Clemson quarterback Deshaun Watson was the recipient each of the last two years.

The Manning Award was created by the Allstate Sugar Bowl in honor of the college football accomplishments of Archie, Peyton and Eli Manning. It is the only quarterback award that takes the candidates’ bowl performances into consideration in its balloting.

Bryant has led Clemson to an 11-1 record and a unanimous No. 1 ranking in all major college football polls, including the College Football Playoff Poll. He has completed 221 of 333 passes for 2426 yards and 12 touchdowns. He has thrown just six interceptions. He is also Clemson’s second leading rusher with 639 yards and 10 touchdowns.

“We’ve had a great year of college football once again,” said Archie Manning. “Quarterbacks all around the country had great performances week-in and week-out and I want to thank our voting panel for the time and effort they put into selecting the best in the country for this honor. Now we all have the opportunity to watch these outstanding players in the biggest games of the year – the conference championships, the bowl games and the playoff games. I’m looking forward to another exciting finish to the season.”

Statistically, the group of finalists excels in nearly every category as they average over 3,000 yards passing while accounting for a total of 357 touchdowns. The group has thrown nearly four times as many touchdown passes as interceptions. In addition, six of the finalists ran for over 400 yards on the year with eight of them tallying eight or more rushing touchdowns. Eight of the 10 led their teams to double digits in victories, while all 11 have led their teams to bowl eligibility. Six of this year’s Manning Award finalists will be competing in conference championship games this weekend.