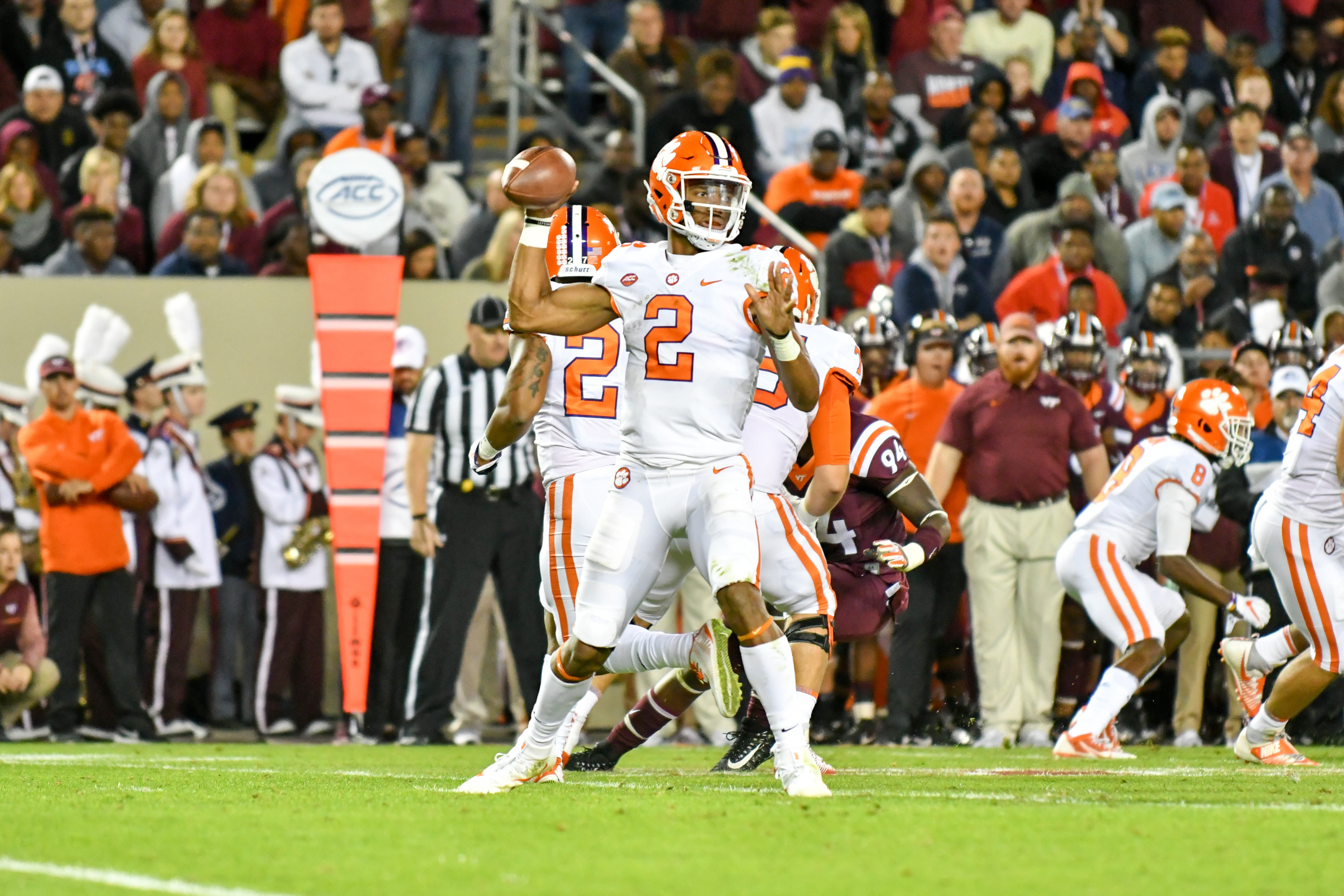 Clemson, S.C.—Kelly Bryant has been named one of the top eight quarterbacks in the nation for week five of the college football season by the Manning Award and the O’Brien Award.   Bryant quarterbacked Clemson to a 31-17 win over 12th ranked Virginia Tech on Saturday evening to give the Tigers a 5-0 record. The Tigers are ranked No. 2 in both polls this week.

Bryant completed 12 of 21 passes for 186 yards and a touchdown, and added 94 yards rushing in 19 attempts to finish with 280 yards of total offense.   He threw a 60-yard touchdown pass to running back Tavien Feaster for Clemson’s first touchdown.

The victory was the third for Clemson against a team ranked in the top 15 of both polls this season. Bryant is the first quarterback in college football history to start three wins over Associated Press top 15 teams in the month of September.