Note: The following appears in the Miami football gameday program.

Being heavily recruited out of high school, Clemson fans were excited to watch defensive tackle Bryan Bresee emerge on the gridiron in 2020. Bresee was the No. 1 recruit in the country, receiving offers from most of the top programs.

He did not disappoint when he began his career at Clemson, as he earned freshman All-America honors. His decision to play at Clemson was an easy one.

“I was drawn to Clemson because of the people…the coaching staff, teammates and everyone around the facility. There are really good people all around who I knew would take good care of me.”

Bresee started his football career at Clemson strong with 33 tackles, 6.5 tackles for loss, four sacks, two pass breakups, a caused fumble and a safety in 432 snaps over 12 games (10 starts). Unfortunately, he suffered an ACL tear in the game at NC State in September 2021. That injury kept Bresee from playing the rest of the 2021 season until he returned to the field in 2022.

Since then, it has been necessary that he prioritizes taking the extra steps to keep his health at its best.

“From being injured last year, I have taken a lot more time on my body. I have done the little things that I would not have done when I was younger to keep my body ready to play.”

Having a support system within the program was key to Bresee’s recovery process. Some of his closest teammates include his roommates, DJ Uiagalelei, Tyler Venables and R.J. Mickens, as well as honorary roommate and former high school teammate Ryan Linthicum. However, Bresee is thankful for the support he receives from the program as a whole.

“It is great having a big group of guys who are so close together and tight-knit. Building a brotherhood with 133 players is something special. Through thick and thin, injuries and tough things going on with my family life, the coaching staff and my teammates have always been there as people I can lean on, and that won’t waver when things get tough.”

The brotherhood that Bresee has developed at Clemson has significantly impacted his life, as he has overcome great adversity during his college football career. In September, Bresee’s younger sister, Ella, passed away after her battle with brain cancer. Bresee speaks highly of his late sister, sharing the impact that she makes on him as a player and as an individual.

“This year, she is who I am playing for. She has shown me strength and courage. There are so many things I have learned from her that go into my day-to-day life.”

Ella has not only made a lasting impact on her family, but the whole Clemson community acknowledges her legacy. The football team showed their support and dedication to her before the Furman game, when they all wore “E11A STRONG” shirts during pregame.

While it was a small act, Bresee has shared that the team is constantly there for him. The term “Clemson Family” has meant something extra special to him due to the constant assurance he has received during hardships.

“With everything that has happened with my family and my little sister, everyone in the community and my teammates have rallied around my family. It is something special that I don’t think you could get anywhere else. In your tough moments, you really see who’s with you. Having everyone around here with my family and me has been amazing.”

While the Clemson Family has helped Bresee during his time at Clemson, he would not be where he is in his football career without the love from his entire family. The Bresees can always be found in the stands cheering on their son and brother as loud as they can.

“They have been so supportive of my football career from the beginning, when I started playing at age five. My dad played, and my sisters and mom would be at every game whenever they could make it. Still to this day, they come to every game. They have been there this whole time and are the best support system anyone could ask for.”

Through all the adversity he has faced, one constant in Bresee’s life is his football career. His strength has shown as he continues to excel on the field through everything thrown his way. Bresee speaks highly of his defensive group, sharing how they have grown since his first year at Clemson.

“We have lost players, obviously, but as a whole unit, we have become more veteran. When this whole thing started, we were freshmen and sophomores, and we are at the point now where we are juniors, seniors and fifth-year seniors. In certain spots, we have become a lot more of a veteran group, which helps us understand the game better.”

The defensive line group has coined the title “The Avengers,” with Bresee taking the role of Hulk. Bresee has emphasized that he is taking opportunities as they come, but he is hopeful he will have a future in football.

“Hopefully, I will get to play in the NFL after Clemson and see what God planed for me with that. Maybe one day, I’ll get into coaching or stay in football some way.” 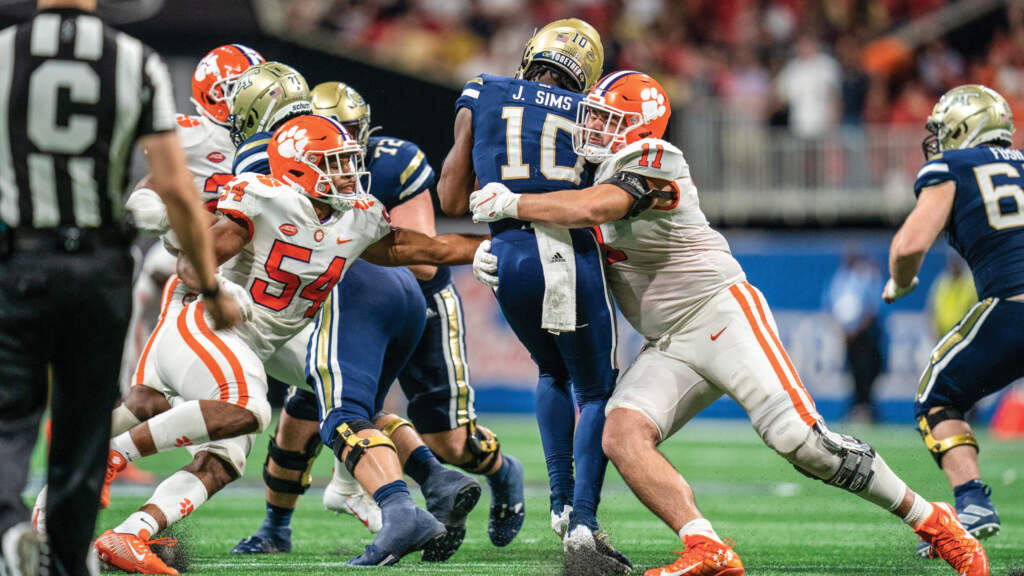