If you asked me to pick the most productive individual performances in a game in Clemson history, the names of Tiger greats come to mind. There was C.J. Spiller’s 233 rushing yards and four touchdowns against Georgia Tech in the 2009 ACC Championship Game. There was Deshaun Watson’s performance in his last home game against South Carolina when he had six passing touchdowns and just six incompletions. And there was the night Sammy Watkins had a school-record 345 all-purpose yards at Maryland.

But on a per-play basis, you would be hard pressed to find a performance better than the one Brian Mance had against Missouri in 2000. Mance was playing just the second game of his sophomore year after seeing just 49 snaps of action as a first-year freshman in 1999.

He did not start this Missouri game and played just 16 snaps, but what a 16 snaps. In that limited action, he had two interception returns for 15 yards and a recovered fumble. He added four tackles and a 28-yard punt return. He is still the co-holder of the Clemson single-game takeaway record, and it is by far the fewest snaps for someone who has recorded three takeaways. 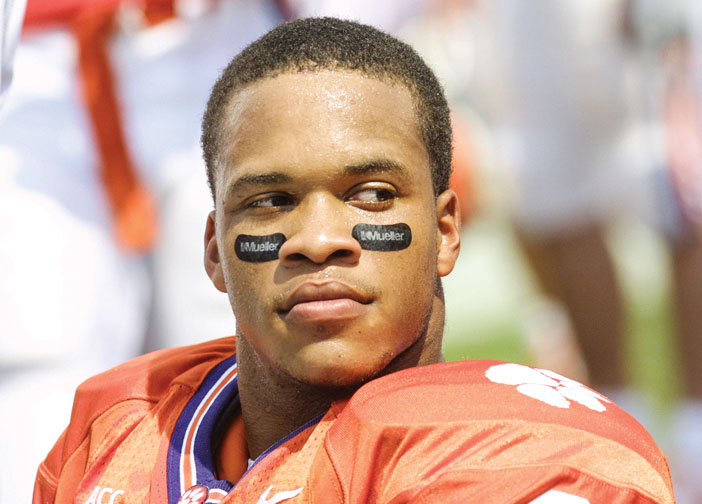 With all that said, when I asked him about that contest, the first thing he mentioned was the punt return.

“I had been working on returning punts, but we had great return guys in Joe Don Reames and Travis Zachery,” said Mance recently from his home in Spartanburg. “I didn’t think I was going to get much of a chance the entire season.”

But the Tigers went up big against Missouri before winning 62-9.

“Rodney Allison (assistant coach in charge of the punt return team) yelled for me to get in there.”

That return and many other plays on special teams had a big impact on his career, because it gave him confidence.

“I was not highly recruited coming out of high school (in Manning, S.C.). Clemson was the first school to offer me during my junior year when I came to the spring game. I fell in love with the place. Coach (Brad) Scott did a great job winning over my parents.

“I was not the biggest guy in the world, and until that 2000 game against Missouri, I wondered how much I was going to be able to contribute. That game told me I could play at this level.

“Playing special teams was big for me. My freshman year, I was a gunner on the punt team and made a tackle on Peter Warrick (Florida State All-American). That was a very important play for me, because he was a great player.”

That play took place in 1999 in the first “Bowden Bowl,” a game played in front of a Memorial Stadium record crowd of 86,092 fans. 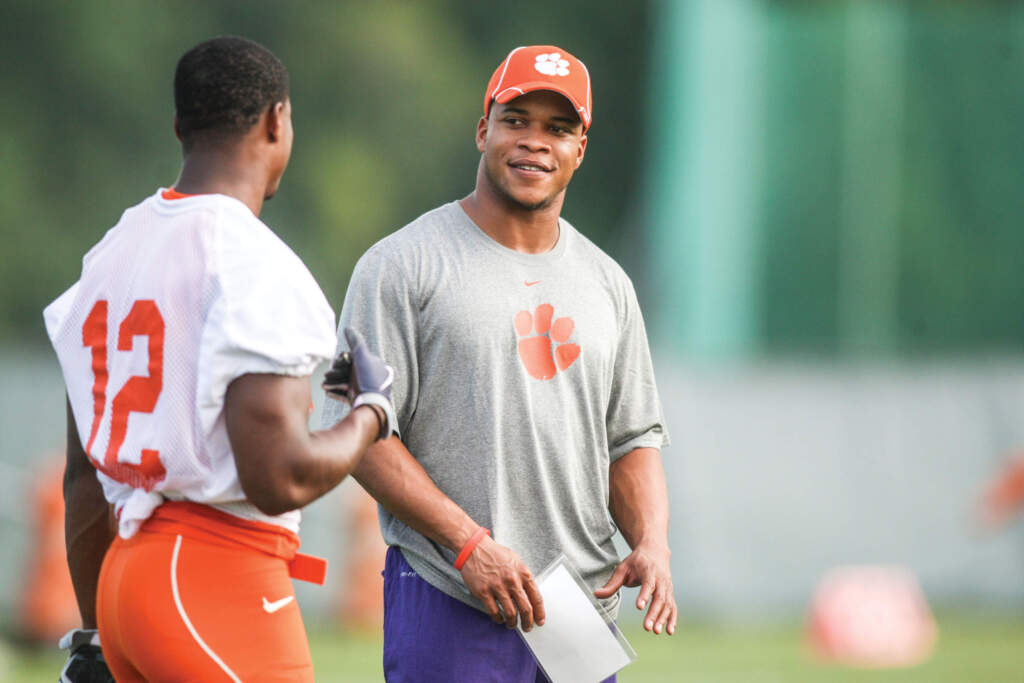 Mance continued to contribute on special teams throughout his career. His 16.7-yard average on punt returns is second in Clemson history to “Streak” Lawton’s 17.5-yard average, one of the oldest records in the Clemson recordbook. Lawton played between 1934-36.

His greatest play also took place on special teams. His 88-yard punt return for a touchdown against Georgia Tech in Death Valley in 2000 is the fifth-longest punt return in school history.

However, Mance was far more than just a return specialist. He was a “ball hawk” in the secondary and is tied for seventh in Clemson history in career interceptions (12). He started all 22 games in the secondary in both 2001 and 2002.

As a senior, he had six interceptions, all of the diving variety, as he had just one return yard. Mance added 62 tackles, including 50 first hits, and had 11 pass breakups for 17 total passes defended. He was named a fourth-team All-American and First-Team All-ACC performer by Sporting News.

“My senior year, I really wanted to put my best foot forward. I learned a lot from Coach (John) Lovett, because he added a lot of things to my tool box. I wanted to make a difference and help the team win.”

After Mance graduated from Clemson, he gave professional football a go and went to camp with the Redskins and Bears. He also played a season in NFL Europe, then played on a championship team with the Philadelphia Soul of the Arena Football League.

“They were all good experiences and part of the journey.” 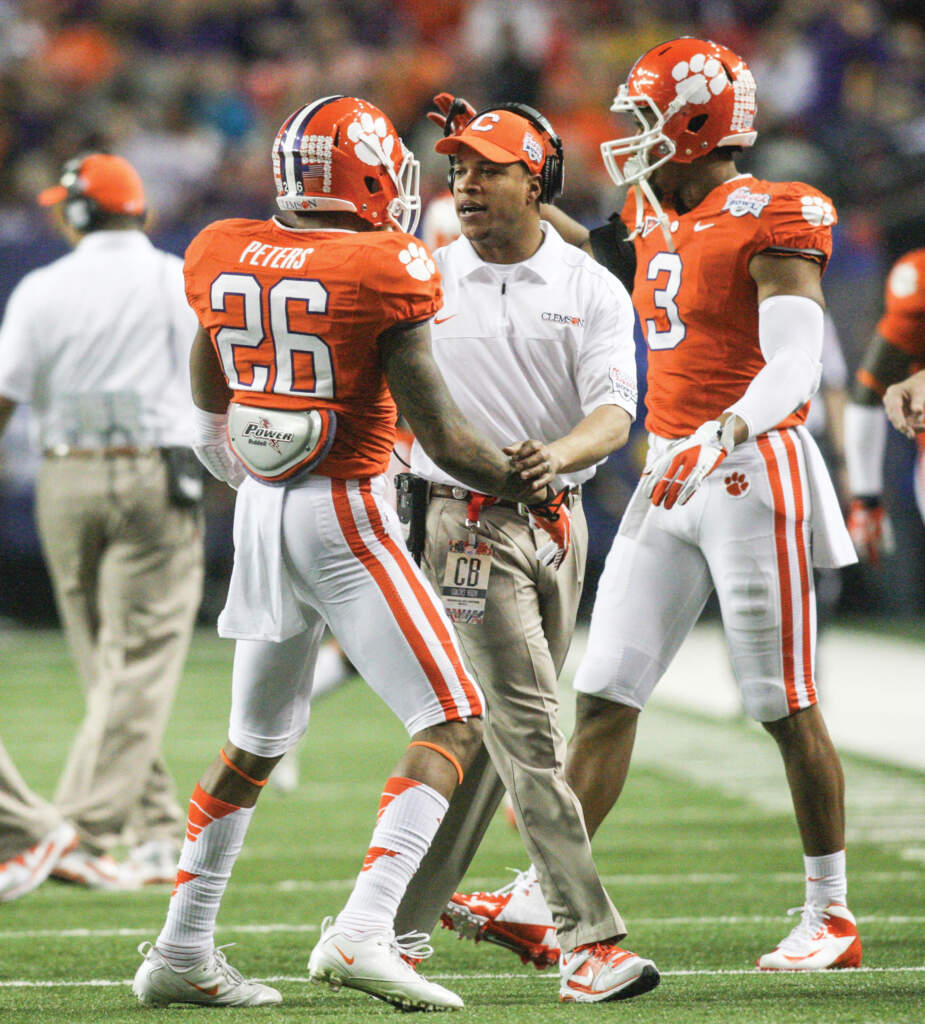 In 2009, Mance had a chance meeting with Head Coach Dabo Swinney.

“I met Coach Swinney at Gaines Adams’ funeral in Easley. He had known my dad and he asked me to work his summer camp. I had been coaching high school football.”

Swinney had been checking on Mance and heard good things. Swinney offered the former Tiger a job on his staff.

“One day during the camp, I was in the bathroom and Coach Swinney told me to come by his office.

“He started telling me about this player development job he had open and he wanted me to fill that position. I was head-over-heals excited. That is how I got started in coaching.”

Mance served in a player development role in 2010 and 2011, then was an on-field graduate assistant in 2012. He had a front-row seat for some special moments.

“I was around for turning points in the program’s history,” said Mance.

“I remember the loss to South Florida in the bowl game in Charlotte. After the game, the seniors went around the room and told the underclassmen to never let that happen again. It was very important to see those seniors take ownership of the program instead of sulking about a losing season.”

In 2013, Mance became a full-time assistant coach at North Greenville, then became a defensive backs coach for Mike Ayers’ program at Wofford.

“It was a great opportunity to work for Coach Ayers. It was like working for Bill Belichick.” 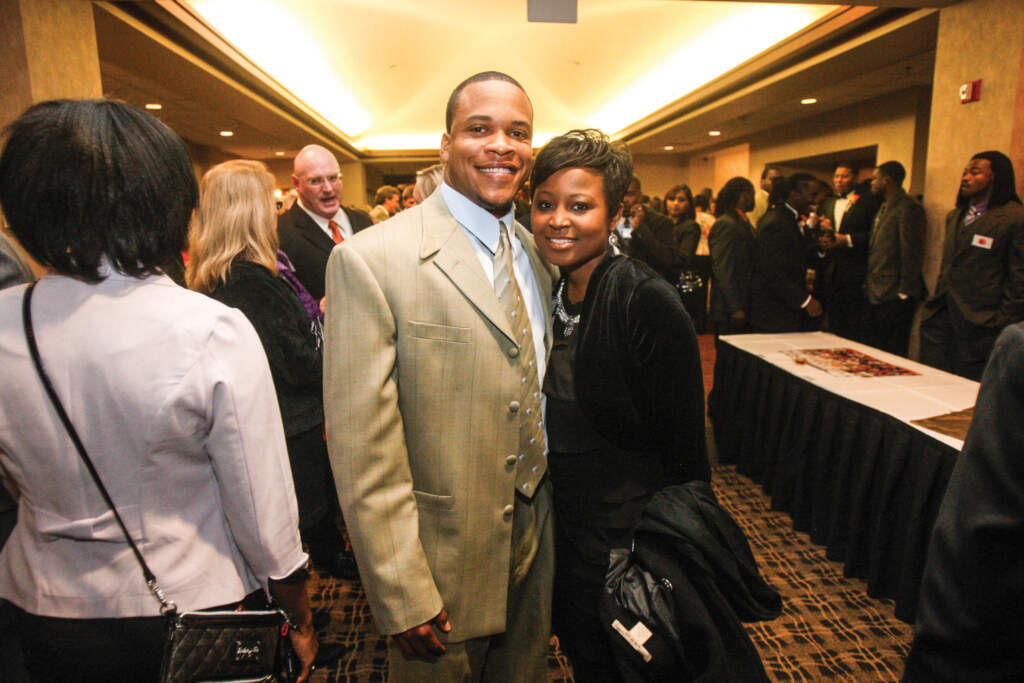 Everything was right with the world for Mance, his wife and two-year-old son until the summer of 2016. He began to have some health issues that included headaches. They became so severe that he went to the hospital.

“I went to the emergency room and it took two weeks to diagnose. Doctors from all over the country were involved. After many tests over a long period of time, it was determined that I had a rare autoimmune disease of the nervous system.

“It was very difficult. I was basically paralyzed. It affected my lungs and I was very weak.”

Mance got some strength back in the fall, but he still had to coach virtually. He watched film and spoke with his players and fellow coaches over the phone. He could not go to the office for fear of catching a virus and was wheelchair bound.

“Coach Ayers was terrific in letting me continue to coach the cornerbacks (virtually). It was so important for me mentally to continue to stay involved with the program. It allowed me to take my mind off my physical problems.” 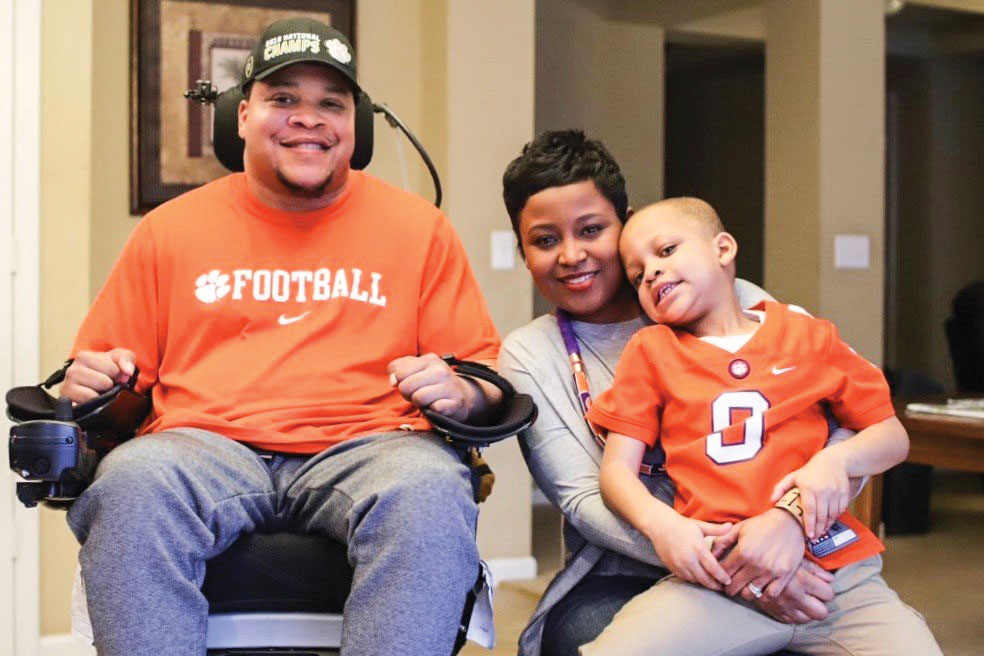 “I had times I could barely blink because I was so weak. But I am getting stronger, doing rehab and believe I will be able to walk again. I feel like I am headed in the right direction.

“I thought Coach (Joey) Batson’s rehab was tough, but this is a different level.

“I have spoken with people who have gone through this. It is a long journey.”

One thing that keeps him going is the success of the Tigers.

“I look forward to the games every Saturday. I have become more of a fan than a former player. It is good to see those coaches I worked with be rewarded for their hard work.”

His son, now five years old, is a big Clemson fan and watches the games with his father.

“He watched the 2018 national championship game with me. He was just three at the time. After we won and were celebrating, he said to me, ‘Daddy, I’m going to play for Clemson when I turn five’.”