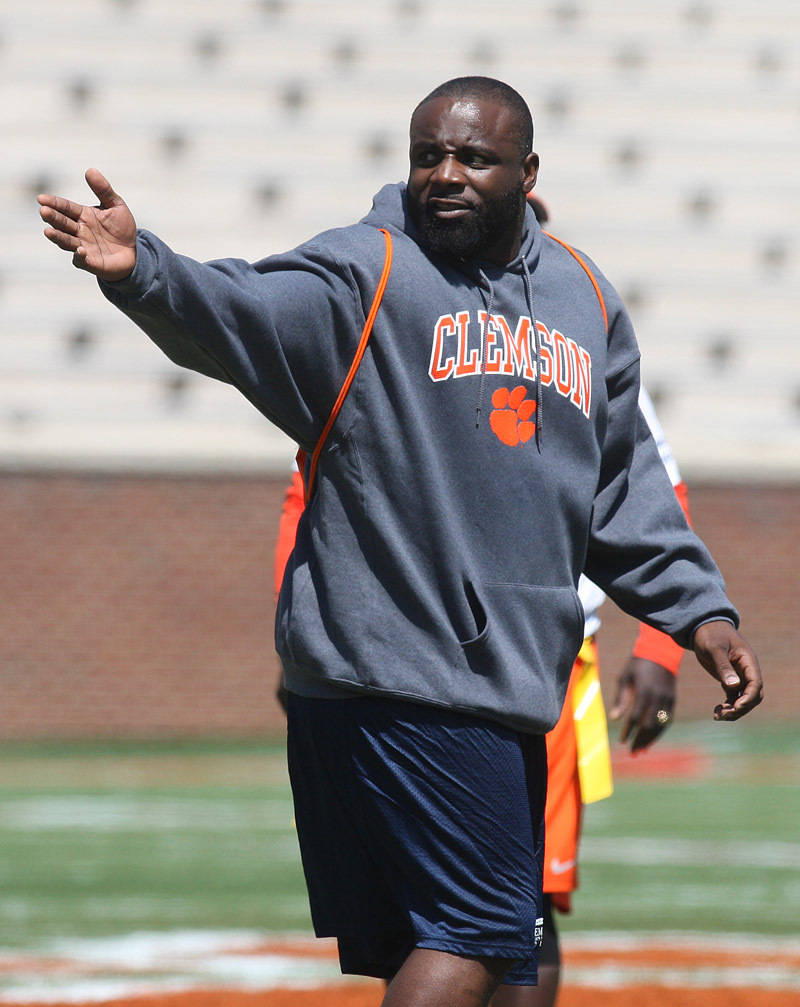 CLEMSON, SC – Former Clemson All-ACC defensive tackle Brentson Buckner has been named head coach of the Charlotte Speed of the Indoor Football League. The Speed will begin play in March of 2013 and will play its home games at BoJangles Arena in Charlotte.

Buckner has coached at the high school level in recent years, including each of the last two years as the head coach at Northside Christian Academic in Charlotte. He has also worked as an intern coach with the Pittsburgh Steelers each of the last two summers and will be in camp with the Steelers again this summer.

Buckner played at Clemson from 1990-93. The Tigers won the ACC Championship in 1991 as starting defensive tackle with the late Chester McGlockton. He also started in 1992 and 1993. He led the Tigers to nine wins in 1993, including a 14-13 win over Kentucky in the Peach Bowl. He was the defensive MVP of that game when he had 13 tackles.

A second-round draft choice of the Pittsburgh Steelers in the 1994, Buckner played 12 years in the NFL, including five years with the Carolina Panthers. He played in a pair of Super Bowls, one with Pittsburgh and one with Carolina.

The arena that Buckner will serve as head coach has a lot of history when it comes to basketball. Clemson upset NC State and North Carolina on consecutive nights in the same facility in the 1967 North-South Doubleheader. It was also the scene of a 49-point performance by Pete Maravich against Clemson in December of 1969.