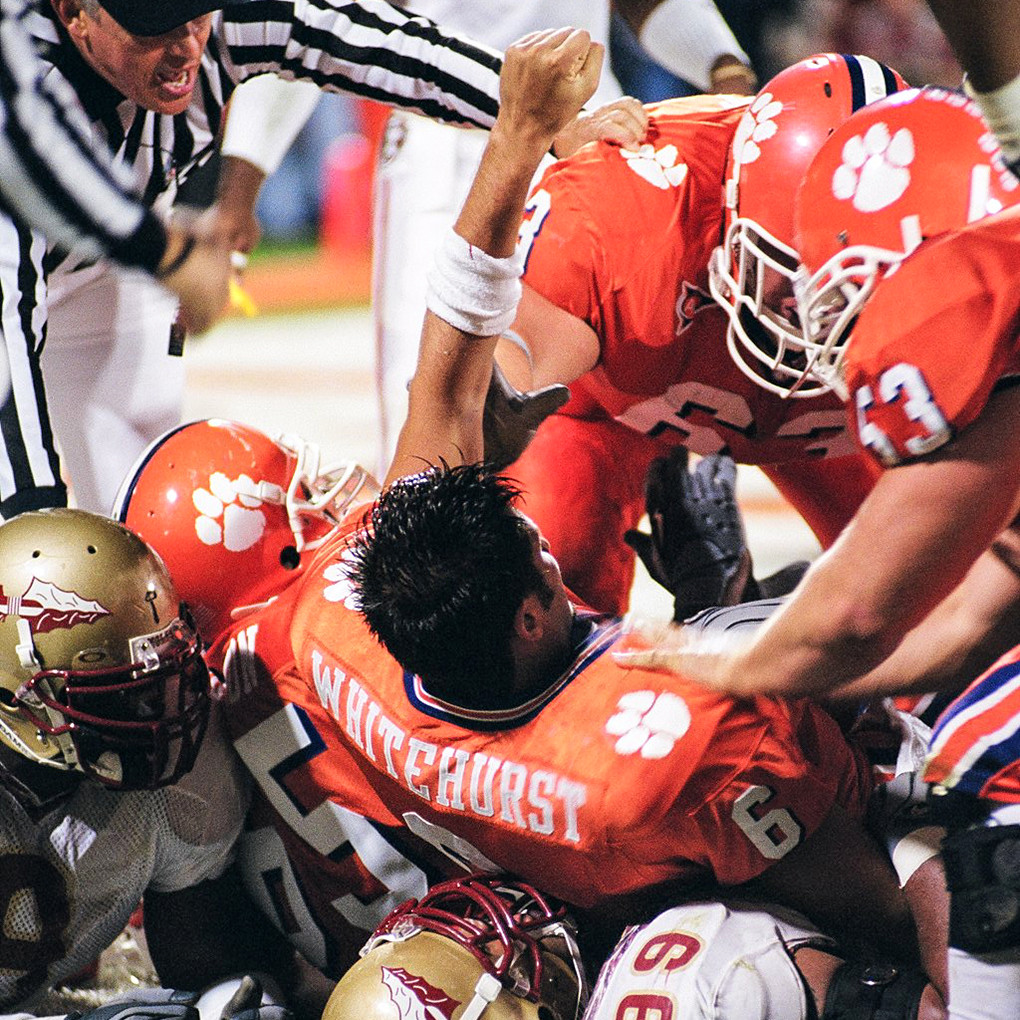 Editor’s note: This is the sixth in a series of the most memorable games in the history of Memorial Stadium, which is celebrating 75 years this season.

My good friend, Sanford Rogers, couldn’t believe what he was hearing. I was handling the color commentary on the Clemson replay network of the Clemson at Wake Forest game on Nov. 1, 2003, and Rogers was in the locker room to help with postgame logistics before I reached the facility after the game.

The Tigers had just lost to an average Demon Deacon team by a score of 45-17 in a game that was not as close as the score indicated. It was 45-0 entering the fourth quarter.

“I fully expect us to beat Florida State next Saturday,” said head coach Tommy Bowden in a quiet locker room.

When he told me that, I didn’t know what to say. I had never heard a Tiger coach say something like that after such a disappointing and decisive loss.

Meanwhile, in South Bend, Ind., on that same Nov. 1 day, Florida State dominated Notre Dame 37-0, the worst home loss for the Fighting Irish since a 40-0 setback to Oklahoma in 1956.

On the Monday morning following the Wake Forest loss, I was given a piece of paper with names of coaches to do research on. Obviously, it was a list of possible candidates to replace Bowden at the end of the season.

The Seminoles were ranked No. 3 in the nation entering the Nov. 8, 2003 game at Death Valley, and the Tigers had never beaten a top-three team.

Bobby Bowden and his team were 11-0 against Clemson since they joined the ACC in 1992 and had averaged 48 points per game against the Tigers over the last three wins. That included a 54-7 Florida State beatdown over No. 10 Clemson in 2000.

On top of all that, it was Bobby Bowden’s birthday.

That was the state of affairs heading into 2003 Florida State vs. Clemson game.

But somehow from those ashes, the Tigers dug deep and pulled off perhaps the most remarkable victory in the 75-year history of Memorial Stadium.

And it wasn’t even close.

The score remained the same until just before halftime, when Charlie Whitehurst connected with Kevin Youngblood for 51 yards on third and 10. That set up a one-yard touchdown run by Whitehurst. It was 13-0 at halftime, much to the delight of a stunned Tiger crowd.

Florida State missed a field goal on its first drive of the third quarter, then Clemson drove for another field goal, the third of the game for Aaron Hunt, to make it 16-0.

The Seminoles finally scored at the 3:25 mark of the third quarter on a 46-yard field goal, but Clemson answered in the next two drives to put the game away.

Whitehurst hit Derrick Hamilton in stride for a 58-yard touchdown to make it 23-3. The Tiger defense took over, as Leroy Hill had an interception on a pass tipped by Khaleed Vaughn, then David Dunham had a 10-yard sack and caused fumble that was recovered by DeJuan Polk to stifle the Seminoles’ next drive. That set up Hunt’s fourth field goal.

Whitehurst, then a sophomore, finished the day 17-27 passing for 272 yards and a touchdown. Hamilton had six receptions for 123 yards, while Duane Coleman had 50 rushing yards and 38 receiving yards.

The defense was led by Hill and Travis Pugh with 10 tackles apiece, while Jamaal Fudge and John Leake had eight tackles for a defense that held the Seminoles to 11 rushing yards. Freshman Gaines Adams added two sacks.

It was a stunning victory, one that sent Clemson on an incredible run to end the season. The Tigers won their last four games, including a 63-17 victory at South Carolina and a 27-14 win over No. 6 Tennessee in the Peach Bowl.

That team, which was 5-4 and trailed 45-0 at Wake Forest entering the fourth quarter on Nov. 1, finished the season ranked No. 22 in the AP poll.