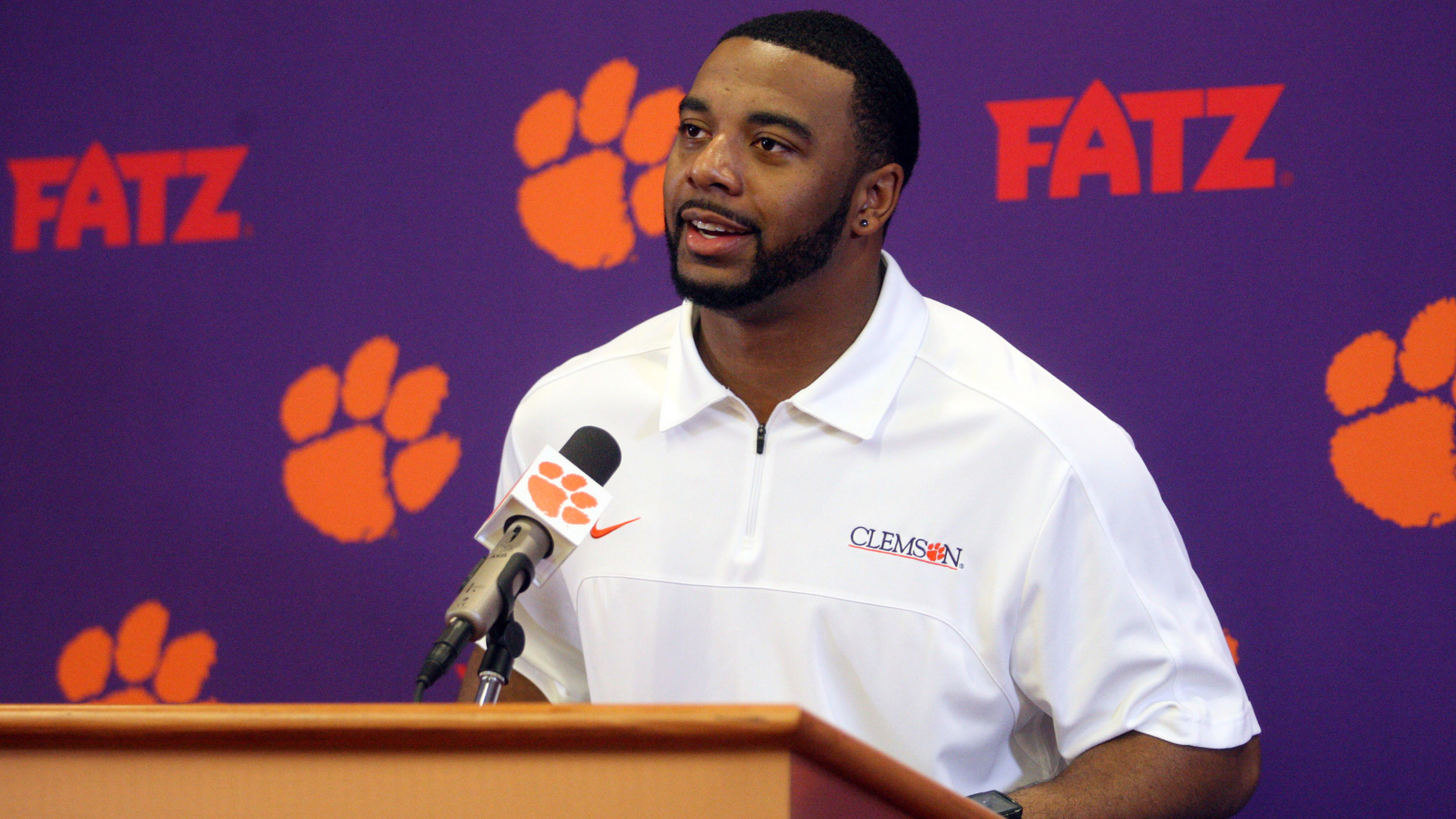 Boyd to Return for Senior Year at Clemson

CLEMSON, SC – Clemson quarterback Tajh Boyd announced Wednesday that he will return to program for his senior year.  Boyd has quarterbacked the Tigers to consecutive seasons of at least 10 wins, a first for the program since the 1987-90 era when Clemson had four straight 10 win seasons.

Clemson had an 11-2 record this year, the program’s highest win total since 1981.  The Tigers concluded the season with a 25-24 win over seventh-ranked (USA Today) LSU team in the Chick-fil-A Bowl.  Boyd was 36-50 for 346 yards and two touchdowns in that game.

“I’ve enjoyed my time here at Clemson,” said Boyd.  “I’ve been a part of a great family and learned so much as a person and as a player. I’m not ready to give it up yet, so I’m here to announce that I’ll be returning for my senior season here at Clemson University.

“It was a big process. I had pros and cons for each side. For me, it came down to me enjoying being at Clemson.  I love playing college football and I feel like we have a lot of goals left on the table.

“I thought it (the decision) was pretty clear at first, but it’s been weighing on me for about the past five days. So I really sat down and thought about it, prayed about it.  In the end it (coming back) was the best decision for me.”

Clemson finished the season ranked ninth by USA Today and 11th by Associated Press.  The number-nine ranking is the first top 10 finish for the program since the 1990 season.

Boyd quarterbacked Clemson to the ACC Championship in 2011, the program’s first league title since 1991.  Clemson has a 21-6 record with Boyd as the quarterback.  Next year he will attempt to be the first quarterback in school history to lead Clemson to three seasons of at least 10 wins.

“He made the best decision for himself and for Clemson,” said Head Coach Dabo Swinney.  “This is great for our program because I think he is the best quarterback in the country.   He is not only the leader of the offense, he is the leader of this team.

“It is the best decision for him because he will benefit from another year of experience as the quarterback at this level. It will definitely make him more prepared for the National Football League.

“This is an exciting announcement for our team, coaches and our fans.”

Boyd set the ACC season record for touchdown passes with 36 and for touchdown responsibility (TDs rushing and passing) with 46.  Only Johnny Manziel of Texas A&M had more nationally with 47.

Boyd was also fifth in the nation in passing efficiency with a 165.6 figure, the highest efficiency rating in Clemson history.  He was  the first Clemson quarterback to finish in the top five in the nation in that category since Mike Eppley finished third in 1983.  His rating and touchdown pass figures were better than 2012 Heisman Trophy finalists Johnny Manziel of Texas A&M and Colin Klein of Kansas State.

Boyd was named the ACC Player of the Year by both the ACC Sports Media and the ACC Coaches.  He was named first-team All-American by the American Football Coaches Association, the first Clemson quarterback to make any first-team in history.  He was also the MVP of the 2012 Chick-fil-A Bowl and the 2011 ACC Championship game.

Boyd Honors and Awards in 2012