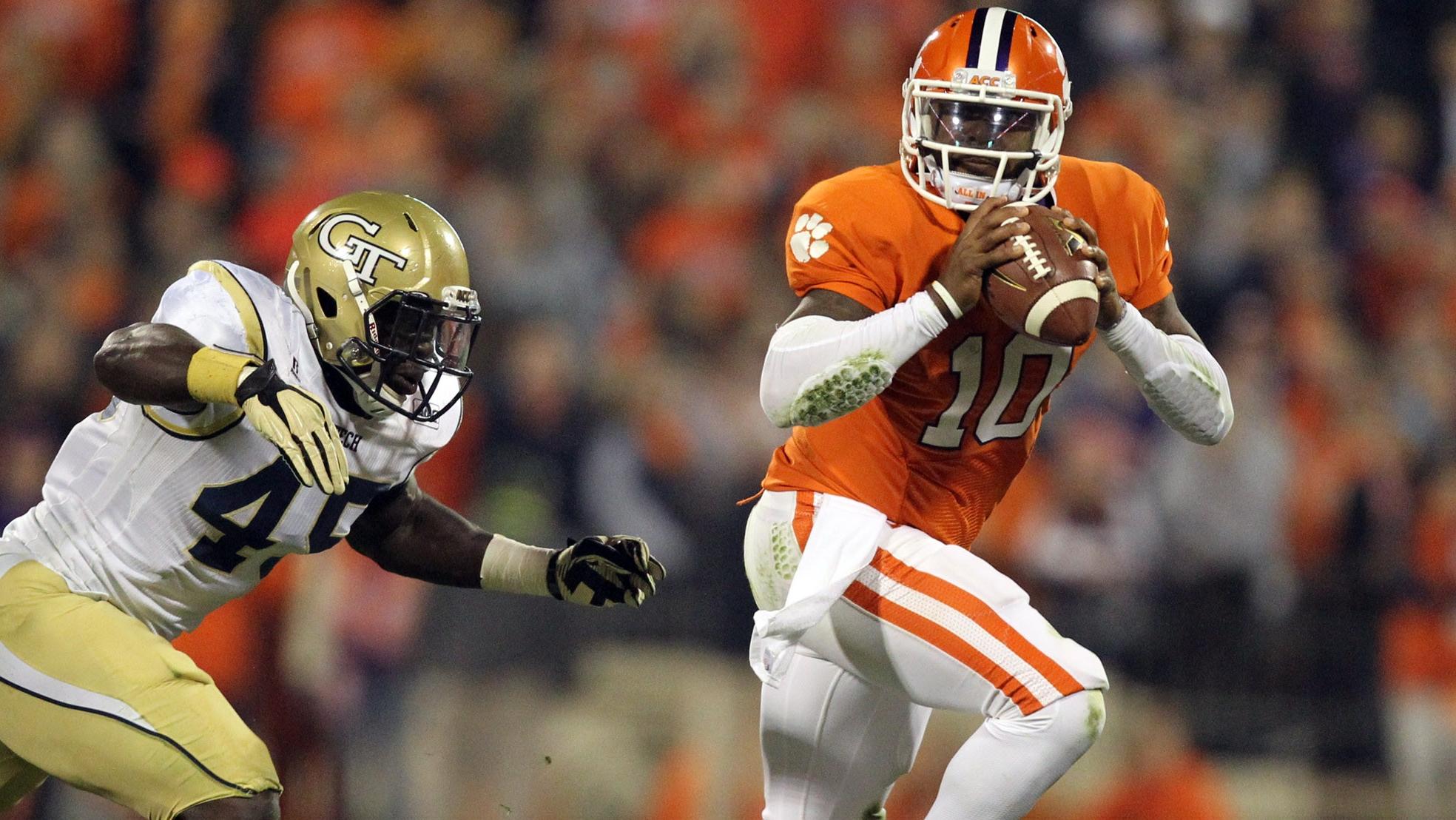 CLEMSON, SC – Clemson senior quarterback Tajh Boyd is a finalist for the Johnny Unitas Golden Arm Award. Boyd is joined on the list by Derek Carr of Fresno State, Jordan Lynch of Northern Illinois, A.J. McCarron of Alabama and Aaron Murray of Georgia.

Candidates for the award must be college seniors or fourth-year juniors on schedule to graduate with their class. In addition to the accomplishments on the field, candidates are judged on their character, citizenship, scholastic achievement and leadership qualities.

Boyd has completed 212-318 passes for 2960 yards and 24 touchdowns this season. He also has eight rushing touchdowns and averages 320 yards a game in terms of total offense. He currently ranks ninth in the nation in passing efficiency with a 165.4 rating, is ninth in touchdown passes, eighth in points responsible for and is 13th in total offense.

Boyd has led Clemson to a 9-1 record this year and a number seven national ranking by Associated Press and the BCS, sixth by USA Today. He is in his third year as Clemson’s starting quarterback and has a 30-7 mark as a starter. He needs just two more wins to tie the school record for a career.

Boyd recently became the ACC’s career leader in touchdown passes (97) and touchdown responsibility (121). He is second in total offense and passing yardage and is the only quarterback in ACC history with at least 10,000 yards passing and 1,000 rushing.

Boyd needs to finish one class this semester and will graduate in December.