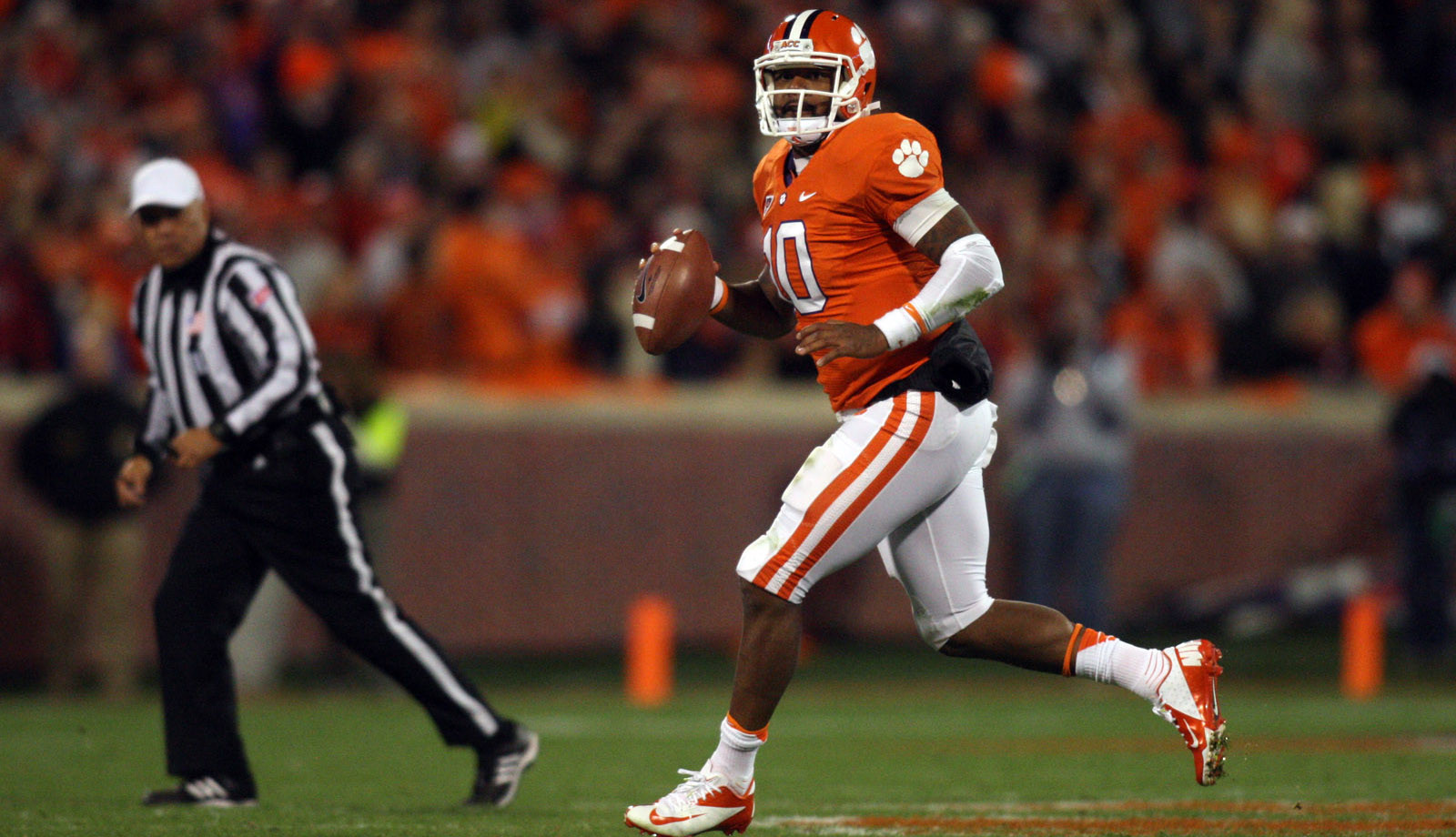 Boyd One of 10 Finalists for Manning Award

CLEMSON, SC – Clemson quarterback Tajh Boyd has been named one of 10 finalists for the Manning Award.  The award goes to the top quarterback each year in college football, is sponsored by the Allstate Sugar Bowl, and is named in honor of the college football accomplishments of Archie, Peyton and Eli Manning.

It is the only national award that takes the candidates’ bowl performances into consideration in its balloting. The winner is scheduled to be announced on Wednesday, Jan. 9.

Twice this year Boyd has been named one of the Manning Stars of the Week.  He was a four-time selection last year as the National Quarterback of the Week by the Manning Award, yet was not named a finalist in 2011.

“We think we have another great group of quarterbacks as our finalists,” said Archie Manning. “Once again, there were so many outstanding performances by so many different guys, this was very tough to decide on 10, and I’d like to thank our selection committee for their time and effort.

“But what this is really about is the players themselves and I want to thank them all for their hard work all season long. I’m very much looking forward to the conference championships and bowl games to really see who steps up in the big-game situations.”

The group is represented by just three seniors, to go with four juniors, one sophomore and two freshmen – the first two freshmen to be selected as Manning Award finalists. The finalists come from the Southeastern Conference (3), the Pac-12 (2), the Big 12 (2), the ACC (1), the Mid-American Conference (1) and the Big Ten Conference (1). Matt Barkley is the only player who has been a finalist in previous years (2011-12).

Wednesday was a big day of awards for Boyd.  Earlier he was named a first-team All-American by the American Football Coaches Association, and the Atlantic Coast Conference Player of the Year.

Boyd led the ACC in passing efficiency (168.5), total offense (336.8), yards per pass attempt (9.42), touchdown passes (34) and touchdowns rushing and passing (43).  He had three games in which he threw five touchdown passes and had six 300-yard passing games.  He set a Clemson record with 529 yards of total offense against NC State, and broke the ACC mark for touchdowns rushing and passing with eight in that same game.

Boyd’s 168.5 passing efficiency is a Clemson record and on pace to be the fourth best season in ACC history.  His 34 touchdown passes have also tied the ACC record set by Philip Rivers, who had 34 in 2003.