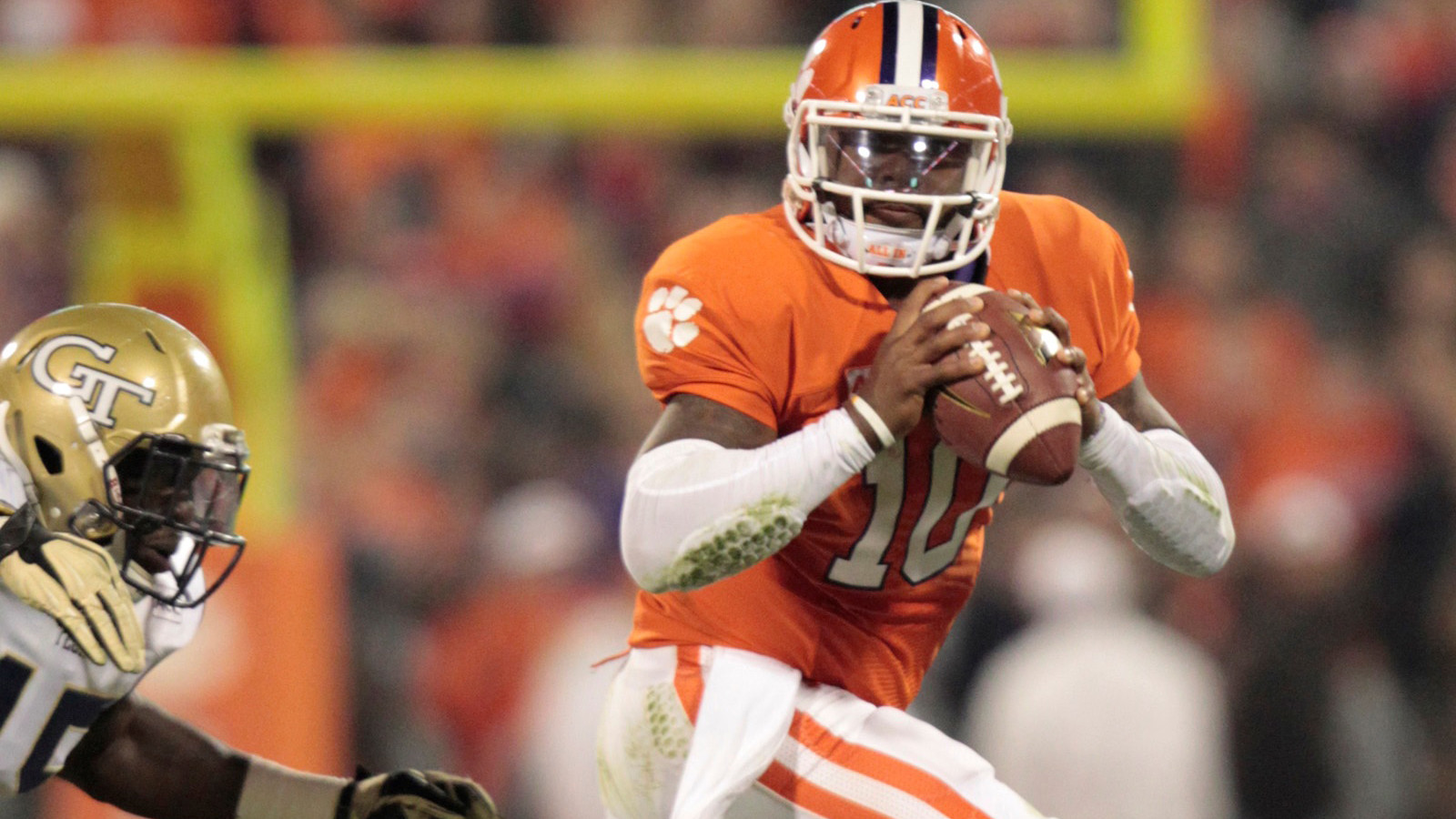 Boyd One of 10 Finalists for Manning Award

The Manning Award was created by the Allstate Sugar Bowl in honor of the college football accomplishments of Archie, Peyton and Eli Manning. It is the only quarterback award that takes the candidates’ bowl performances into consideration in its balloting.

Boyd has led a Clemson offense that has averaged 515 yards and 42.3 points per game this season, both 10th in the nation. The Tigers have a 10-1 record and are ranked fourth in the nation by USA Today, sixth in the BCS and Associated Press.

Boyd has thrown for 29 touchdowns and rushed for eight for a total of 37 touchdowns, fifth in the nation. He recently became the ACC’s career leader in touchdown passes (102) and touchdown responsibility (126).

Boyd was a finalist for the award last year when he led Clemson to an 11-2 record and a top 10 national ranking for the first time since 1990. He was named ACC Player of the Year in 2012.