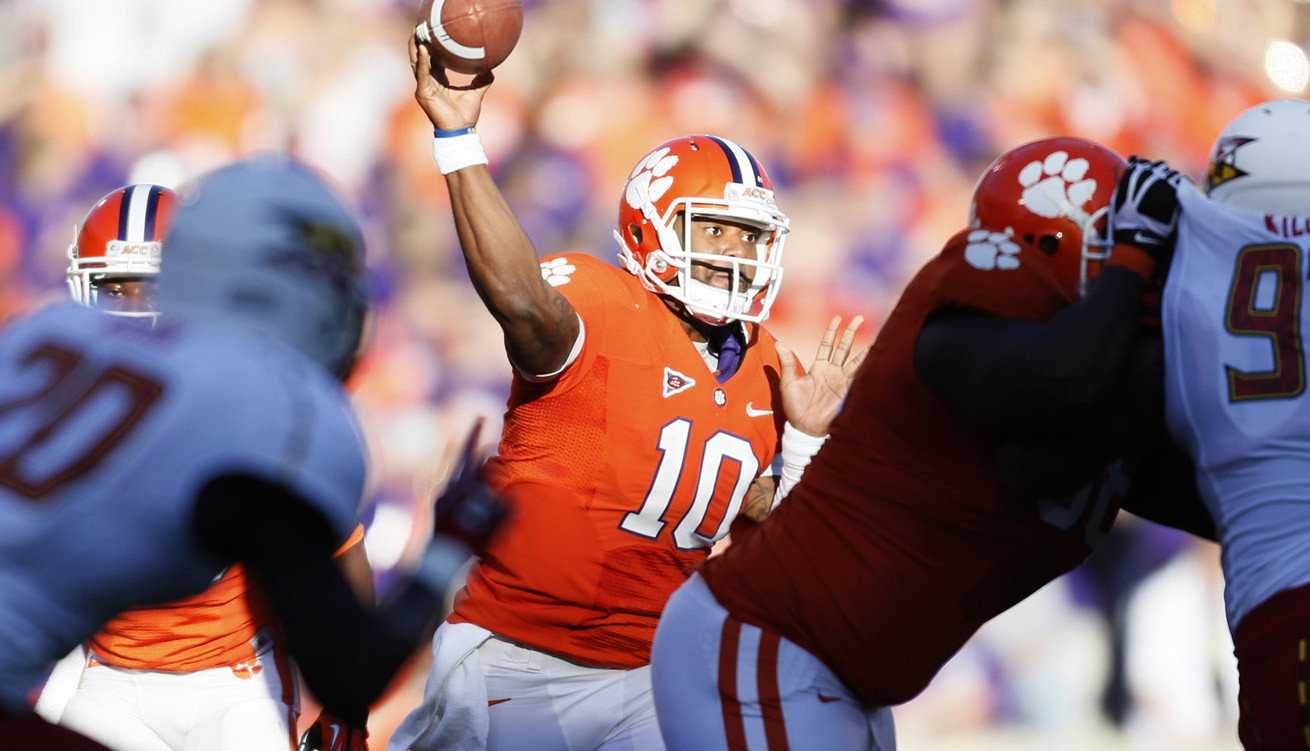 NEW HAVEN, CT – The Walter Camp Football Foundation has announced the names of 15 “Players to Watch” for its 2012 Player of the Year award, the fourth-oldest college football award in the nation.

Clemson quarterback Tajh Boyd is among the 15 players named. Boyd ranks second in the nation in passing efficiency with a 172 figure, on pace for a Clemson single season record.  He has 28 touchdown passes and averages 330.4 yards per game in total offense, both top 10 figures nationally.   Boyd has 13 touchdown passes in the first half of the last three games combined and has led Clemson to a 9-1 record.  All nine wins have been by at least two touchdowns.

The 2012 Walter Camp Player of the Year recipient, who is voted on by the Football Bowl Subdivision head coaches and sports information directors, will be presented on Thursday, December 6 during the 6 p.m. edition of ESPN SportsCenter.

The winner will receive his trophy at the Foundation’s annual national awards banquet on Saturday, January 12, 2013 at the Yale University Commons in New Haven. Sponsorships and tickets are available by calling (203) 288-CAMP.

2012 Walter Camp Player of the Year “Players to Watch”