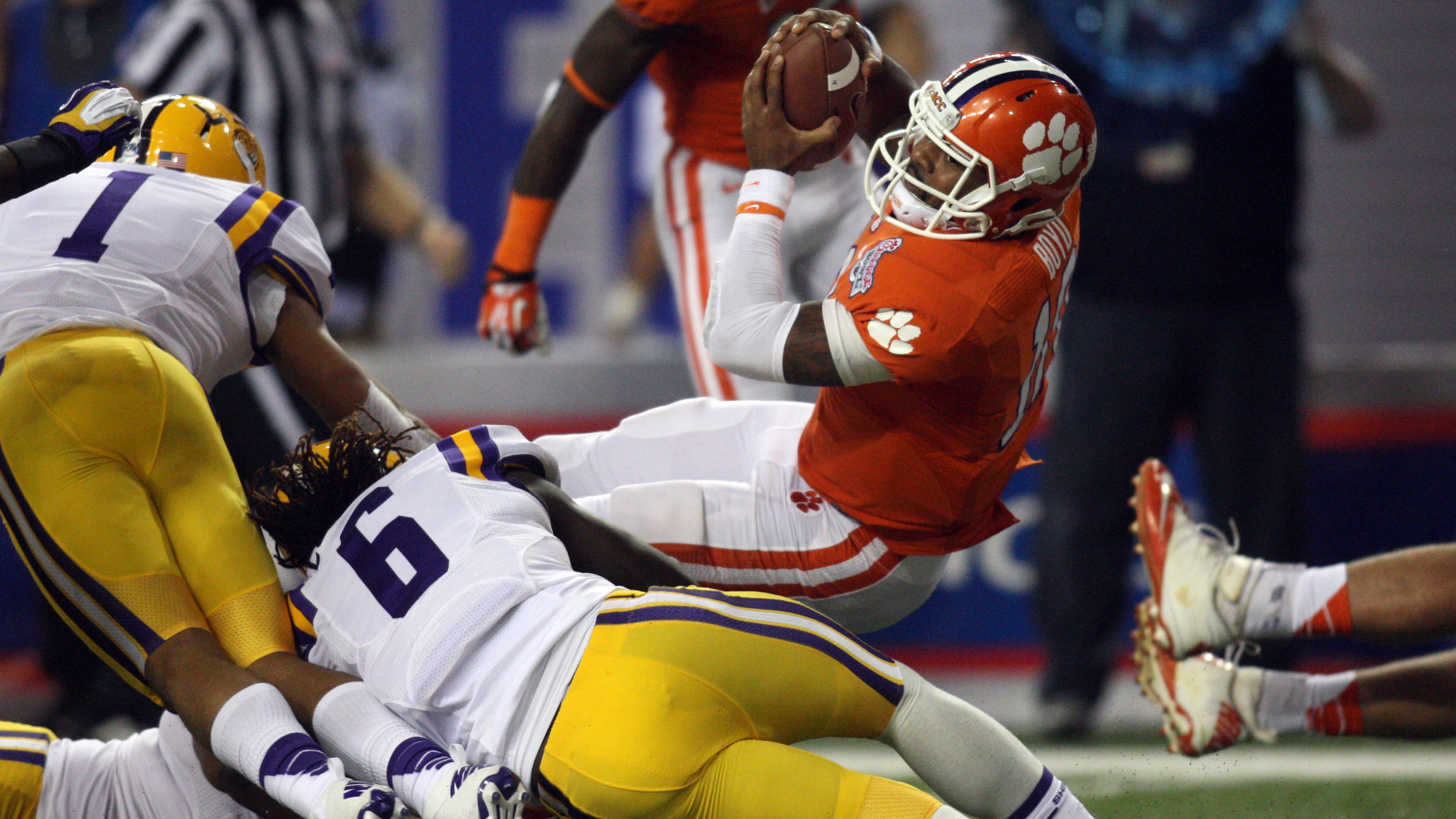 CLEMSON, SC – Clemson quarterback Tajh Boyd has been named one of 34 quarterbacks on the 2013 Davey O’Brien Watch List. Boyd has been one of 16 semifinalists for the award each of the last two years.

Boyd is one of four ACC quarterbacks on the list. The others are Stephen Morris of Miami (FL), Bryn Renner of North Carolina and Logan Thomas of Virginia Tech. The 16 semifinalists for this year will be announced on November 4 and the three finalists on November 25. The winner will be named at the Home Depot College Football Awards show in Orlando, FL on December 12.

Boyd was the ACC Player of the Year in 2012 when he led Clemson to an 11-2 record and number-nine final ranking in USA Today. He was named a first-team All-American quarterback according to the Football Coaches Association ahead of Heisman winner Johnny Manziel.

Boyd holds 51 Clemson records entering this season. He set the ACC record for touchdown responsibility in a season last year with 46 touchdowns, one less than Manziel and second in the nation. Additionally, he was fifth in the nation in passing efficiency at 165.6, all-time Clemson record and threw for a Clemson record 3896 yards.

Boyd and the Tigers will open the season against Georgia and quarterback Aaron Murray, another quarterback on the Davey O’Brien Watch List.