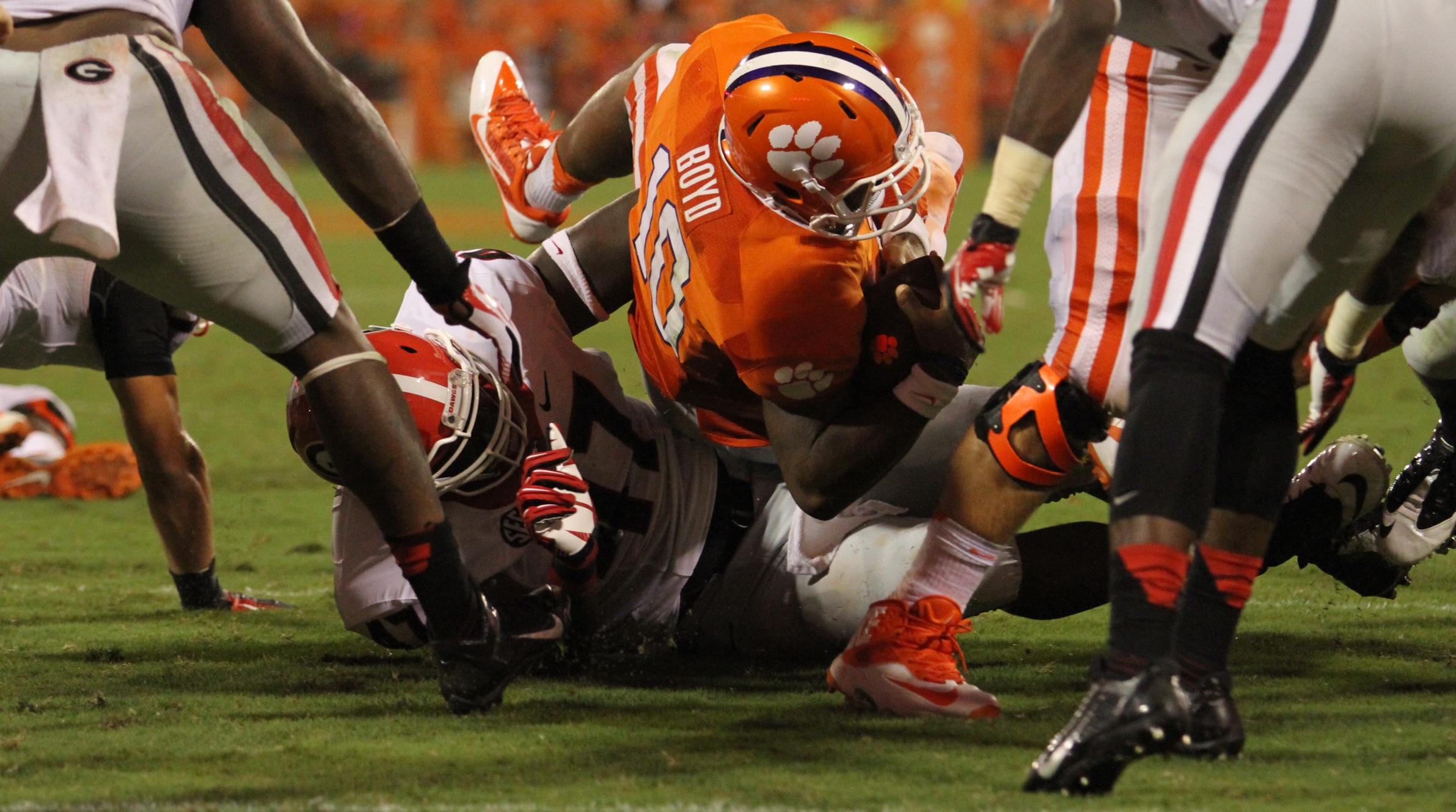 Boyd was named ACC offensive Back of the Week by the Atlantic Coast Conference Sports Media Association as well. It was the seventh time Boyd has been named ACC Player of the week, tying the Clemson record that is also held by Keith Adams, who played for the Tigers from 1998-2000.

Boyd completed 18 of 30 passes for 270 yards and three touchdowns against the fifth ranked Bulldogs. He also rushed 13 times for 42 yards scored two rushing touchdowns, giving him five total touchdowns and 312 yards of total offense on the night. He accounted for 30 of Clemson’s 38 points in the 38-35 victory.

Boyd now has 94 career touchdowns rushing and passing. He moved ahead of former NC State quarterback Russell Wilson on the all-time ACC list with his five touchdowns against Georgia. Phillip Rivers holds the ACC record with 112 (2000-03).