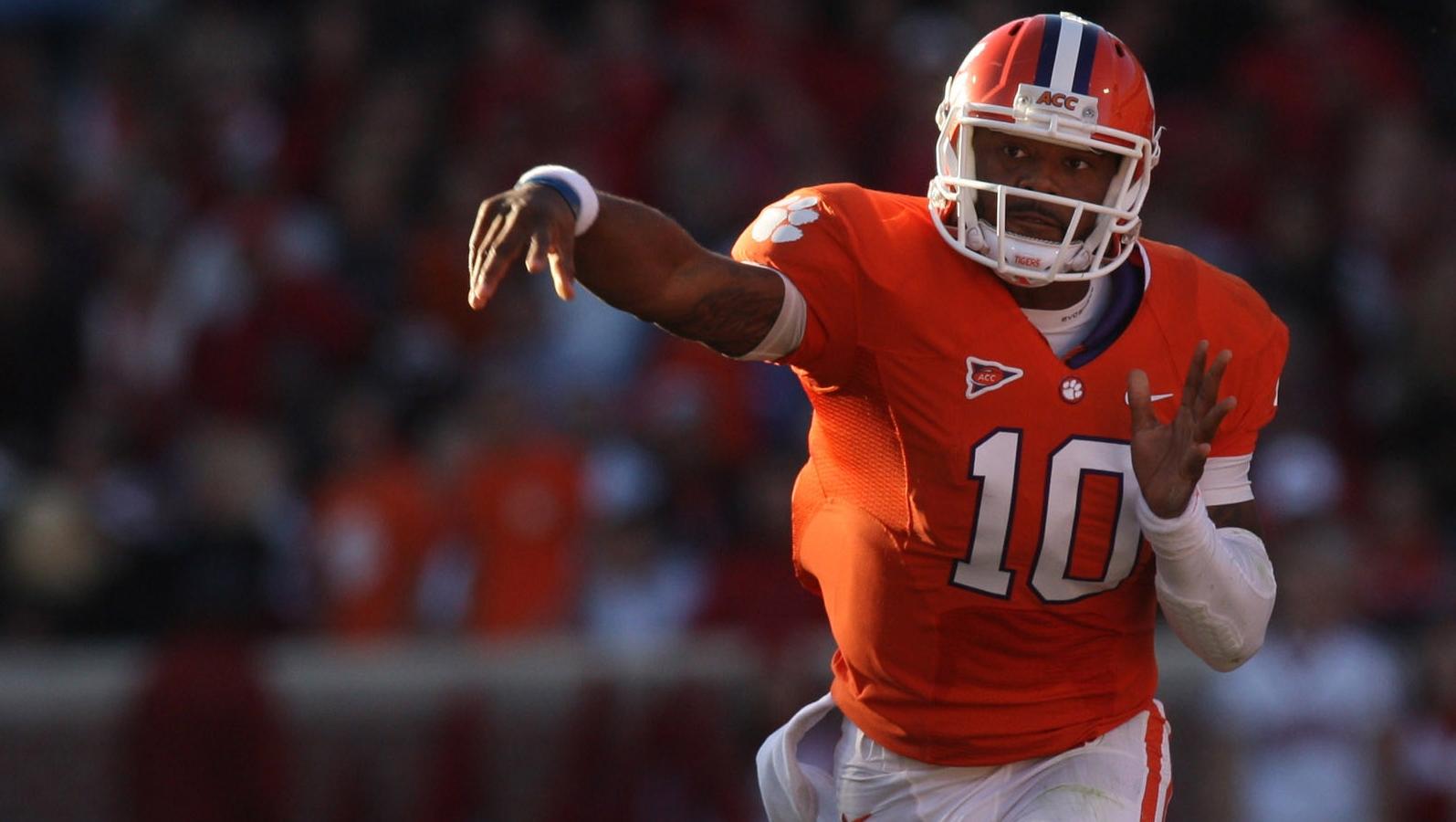 CLEMSON, SC – Clemson quarterback Tajh Boyd was named the overall Player of the Year and the Offensive Player of the Year in the Atlantic Coast Conference on Wednesday. Earlier Boyd was named first-team All-ACC for the second straight year and is the first Clemson quarterback to be a two-time first-team selection since Steve Fuller in 1977 and 1978.

Boyd is the seventh different Clemson player to win the ACC Player of the Year award, the second in the last four years, as C.J. Spiller, now a running back with the Buffalo Bills, won the award in 2009.  But, before Spiller you have to go back to Michael Dean Perry in 1987.

“I can’t tell you how proud I am of Tajh Boyd,” said Clemson Head Coach Dabo Swinney.  “He has had a terrific year in leading us to a second straight 10-win season.  It has been 25 years since a starting quarterback has done that.

“He has broken just about every record out there to the point where he is breaking his own records.  I really believe he is the best quarterback in the nation.  This award means a lot to him because he has great respect for the players and teams in this league.  He has also been a great leader all season.  He is very deserving.”

Boyd led the ACC in passing efficiency (168.5), total offense (336.8), yards per pass attempt (9.42), touchdown passes (34) and touchdowns rushing and passing (43).  He had three games in which he threw five touchdown passes and had six 300-yard passing games.  He set a Clemson record with 529 yards of total offense against NC State, and broke the ACC mark for touchdowns rushing and passing with eight in that same game.

Boyd’s 168.5 passing efficiency is a Clemson record and on pace to be the fourth best season in ACC history.  His 34 touchdown passes have also tied the ACC record set by Philip Rivers, who had 34 in 2003.