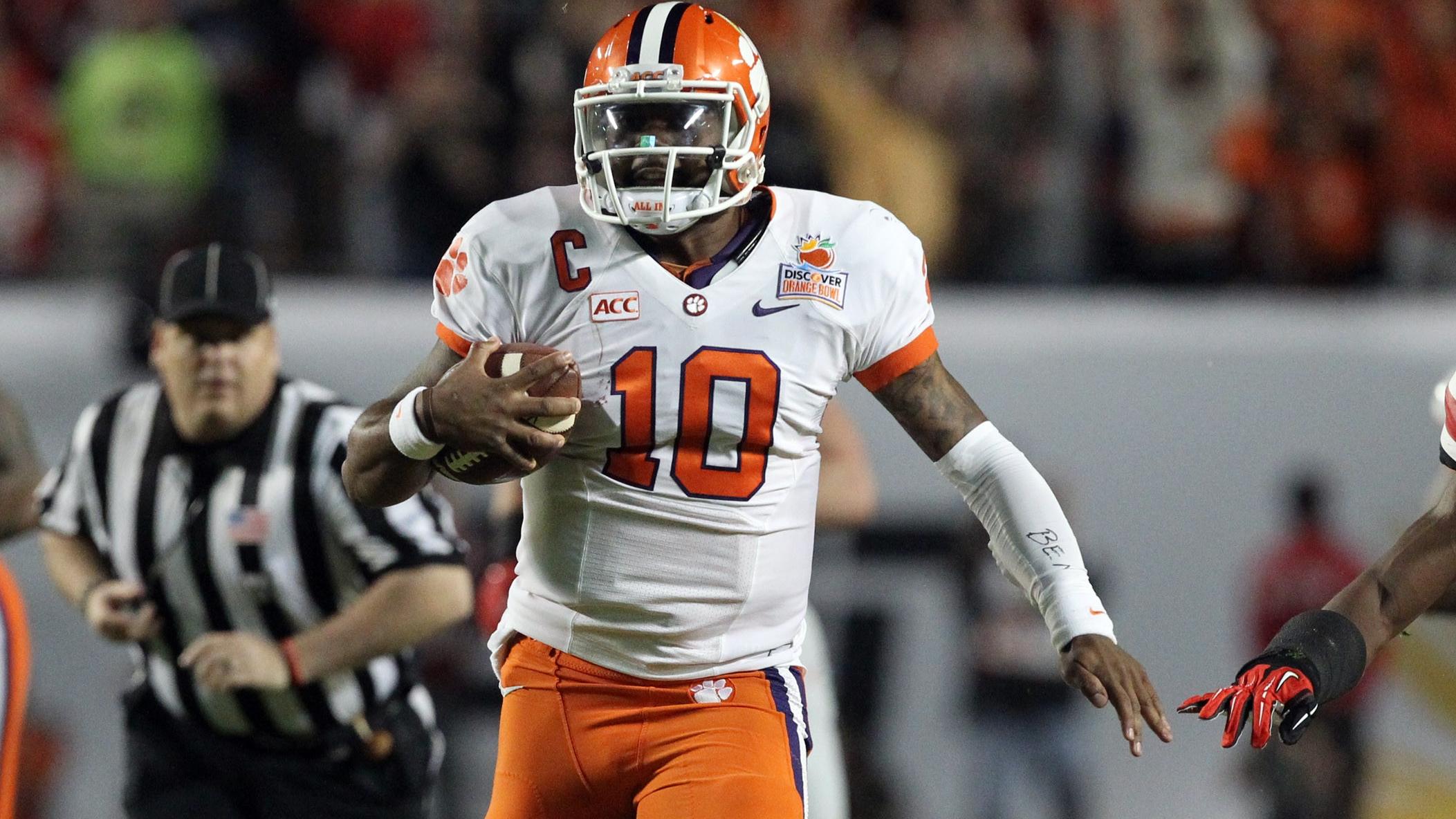 CLEMSON, SC – Clemson quarterback Tajh Boyd and wide receiver Sammy Watkins were both named to the NFL.com All-Bowl team for the 2013-14 FBS bowl season. In fact, Watkins was named the offensive postseason MVP for all bowl games by the website that is the official site of the NFL.com.

Boyd completed 31-40 passes for 378 yards and five scores in Clemson’s 40-35 win over Ohio State in the Discover Orange Bowl. The Clemson graduate also rushed 20 times for a career high 127 yards and a touchdown, giving him 505 yards of total offense on 60 plays.

The total offense figure was the most in Orange Bowl history (bowl started in 1935) for an individual and the second highest figure for any BCS Bowl game. He also tied the Orange Bowl record for rushing yards by a quarterback. J.C. Watts had 127 for Oklahoma against Florida State in the 1980 Orange Bowl.

Watkins had 16 receptions for 227 yards and two touchdowns. The reception total and yardage were also Orange Bowl records and Clemson single game marks. His reception yardage total was the second most in a BCS bowl. Watkins was named the most valuable player of the game.