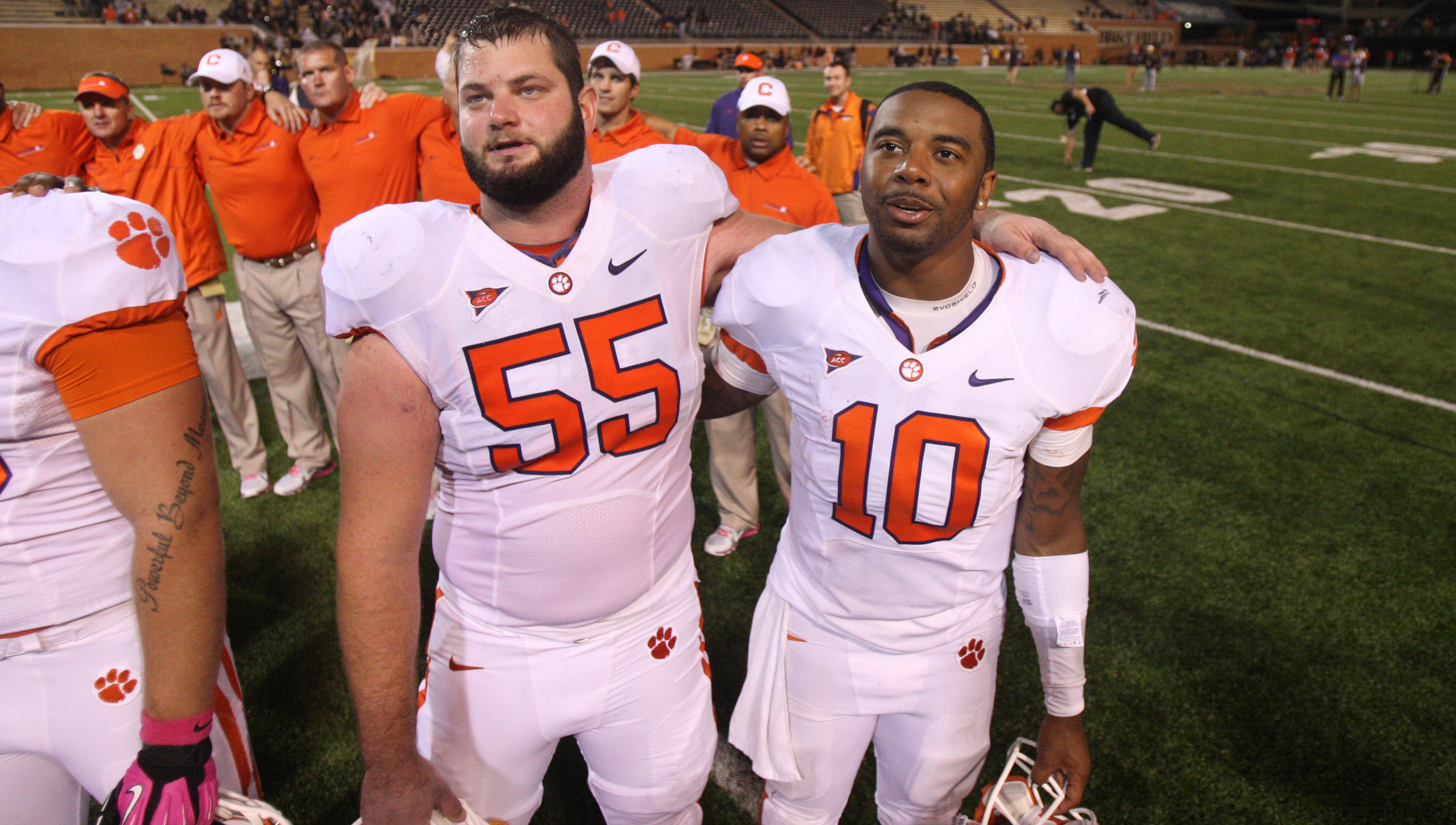 Boyd and Freeman Both Named First-Team All-Americans by AFCA

This is just the third time since the AFCA began selecting an All-America team in 1945 that the quarterback and center were from the same team.  Clemson was one of four schools with at least two selections.  Alabama had three, while Clemson, Texas A&M and Stanford had two apiece.

“This is a landmark accomplishment,” said Clemson Head Coach Dabo Swinney.  “You don’t see your program getting two first-team All-Americans very often (although Clemson did do it last year as well).  Both young men have been great leaders for our program for more than just this year.  We really have a young team with just 11 scholarship seniors.

“Dalton in particular with his 48 consecutive starts, has been the cornerstone of the offensive line as the only senior.   And Tajh has been a great example of leadership to the entire team.  We have had a record breaking season on offense that has led to a second straight 10-win season and these two young men have played a big part in it.”

Miami (FL) had the quarterback and center on the AFCA All-America team in 2002 when Ken Dorsey (QB) and Brett Romberg (C) were selected.  The only other time it has happened in the last 67 years was in 2009 when Texas had quarterback Colt McCoy and center Chris Hall on the AFCA first-team.

Clemson has a 10-2 record this year with a number-14 ranking in the BCS.  The Tigers are also 15th in AP and 14th in the latest USA Today polls.  Clemson was 7-1 in the ACC regular season to tie for the Atlantic Division title.

Boyd is first in the nation in points responsible for (21.8 per game), fourth in the nation in passing efficiency (168.5),  fourth in touchdown passes (34) and ninth in total offense with 336.8 yards per contest.  He has completed 251-377 for 3550 yards and 34 touchdowns.  He has also rushed for nine touchdowns giving the native of Hampton, VA 43 total touchdowns this year, five more than the ACC record he established last year in two more games.

Boyd has set 11 Clemson records on a game, season and career basis this year.  He had five touchdown passes in three different games and threw at least one scoring pass in every game this year. He set an ACC record with eight touchdowns rushing and passing against NC State in the 11th game of the year.   In addition he rushed for 492 yards in the 12 games, the most by a Clemson quarterback in 11 years.

Freeman has started all 12 games at center this year and has a streak of 48 in a row entering Clemson’s bowl game.  When he makes his 49th start he will tie the Clemson career record held by his former teammate Landon Walker, who started 49 games at tackle from 2008-11.

Freeman has played more snaps than any other player in Clemson history (3267), a record he set in the win over NC State this year when he played 102 plays.  Freeman made first-team All-ACC this year, the second straight year he has achieved that honor.  He is the first two-time first-team All-ACC center in Clemson history.  He is also the first four-year starter at center for Clemson since the 1940s.