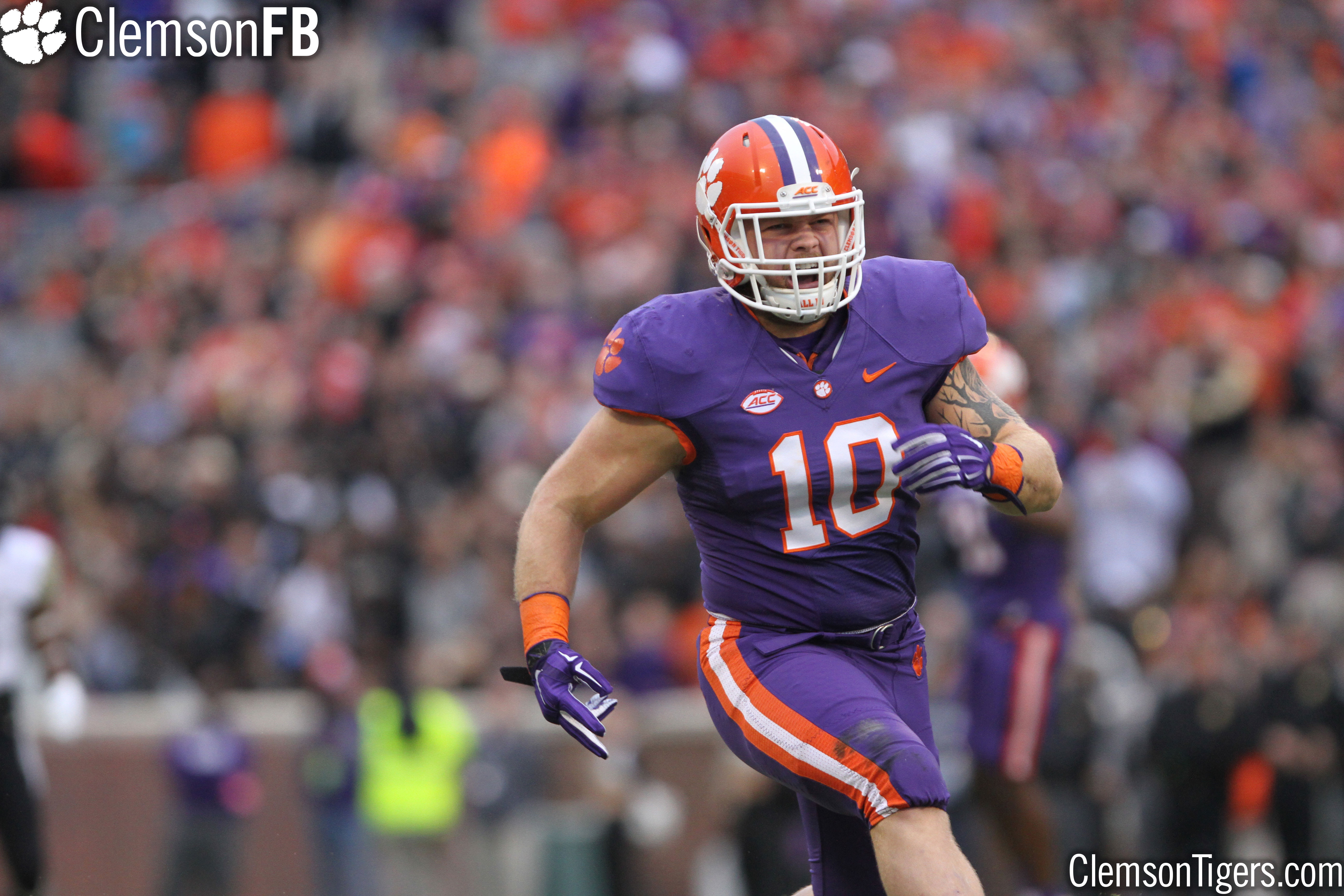 Clemson, S.C.—Clemson senior linebacker Ben Boulware has been named to the Watch List for the 2016  Butkus Award.  The honor is presented each year to the top linebacker in college football and is named in honor of former Illinois All-American and NFL All Pro Dick Butkus.

Boulware was second on the Clemson team in tackles last year with 138. He added eight tackles for loss, 3.5 sacks, had two interceptions and a team best 23 quarterback pressures.  Active in pass coverage, the native of Anderson, S.C. also had seven passes broken up.

Boulware had an interception and 11 tackles against Oklahoma in the semifinal game of the College Football Playoff at the Orange Bowl.  Boulware was named the Defensive MVP of the game.  It marked the second consecutive year he had an interception in a bowl game against the Sooners, a first for a Clemson linebacker.

For his career, Boulware has 221 tackles, 14.5 tackles for loss,  4.5 sacks and four interception returns for 63 yards.  He also has three caused fumbles and three fumble recoveries.