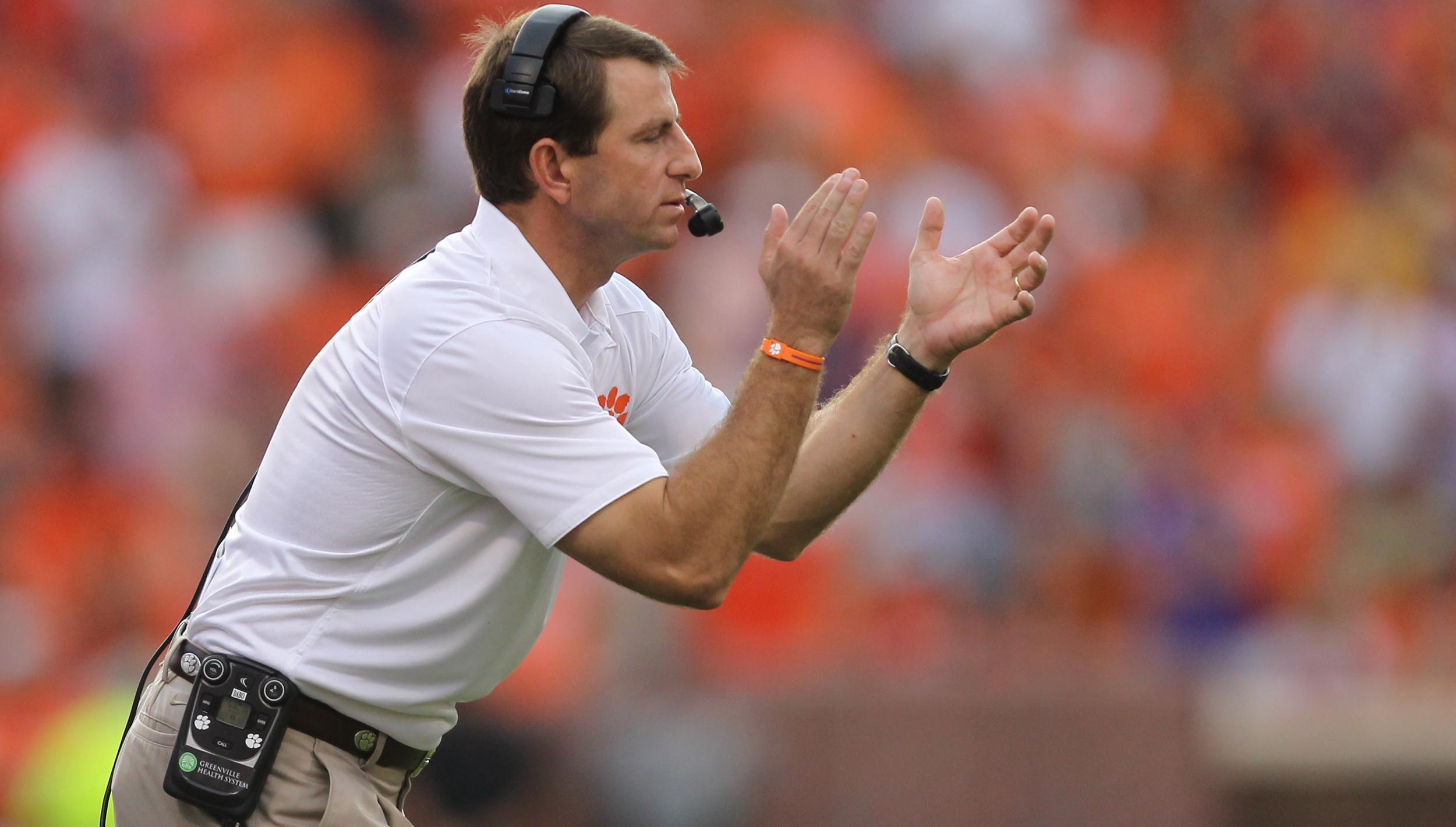 CLEMSON, SC – Clemson returned to the practice fields Friday for the first time in six days. It was a spirited workout that concluded with a physical one-on-one blocking drill that set the tone for the style of play expected when Clemson faces Ohio State a week from today at Sun Life Stadium in Miami, FL.

The Tigers had not practiced since the morning of December 21. The team had five days off to spend with families during the holiday season. The team gathered on Thursday night and did some conditioning runs, but Friday was a full pads practice.

“This was our last practice in full pads until we get to Miami,” said Dabo Swinney. “We will have a Thursday style of practice tomorrow (Saturday), then have our normal Monday practice on Sunday.”

Swinney reported after practice that all travel squad players are eligible for the bowl game. He also said there were no new injuries and he expects everyone to be ready physically unless someone is hurt in practice between now and next Friday.

“Today was a good practice. We had some good competitive work and there was a lot of enthusiasm, “continued Swinney. “When we get to Miami we will be ready to polish off the preparation.

Watkins and Dodd both are recovering from injuries suffered earlier in the year, and have not been involved in the physical aspect of practice since September. The plan is to red-shirt both players.

“We have not faced one like this guy. He has great instincts. He is not a quarterback running the ball, he is a legit runner. He can change direction. He is fast and runs away from people. He turns broken plays into positive plays for them. He can scramble and find the guys down the field. He is one of the best players in the nation. If he did not miss some time this year due to injury he would have been in New York.”

Swinney also talked about the importance of this game.

“Everyone talks about your last game for eight months. It leaves an impression. From a momentum standpoint you can carry on a good vibe into the off season if you win that last one.

“This is not just any bowl game, it is the Orange Bowl against Ohio State. We haven’t won a BCS Bowl, and haven’t won a bowl game of this magnitude since 1981. It would be a big win.”